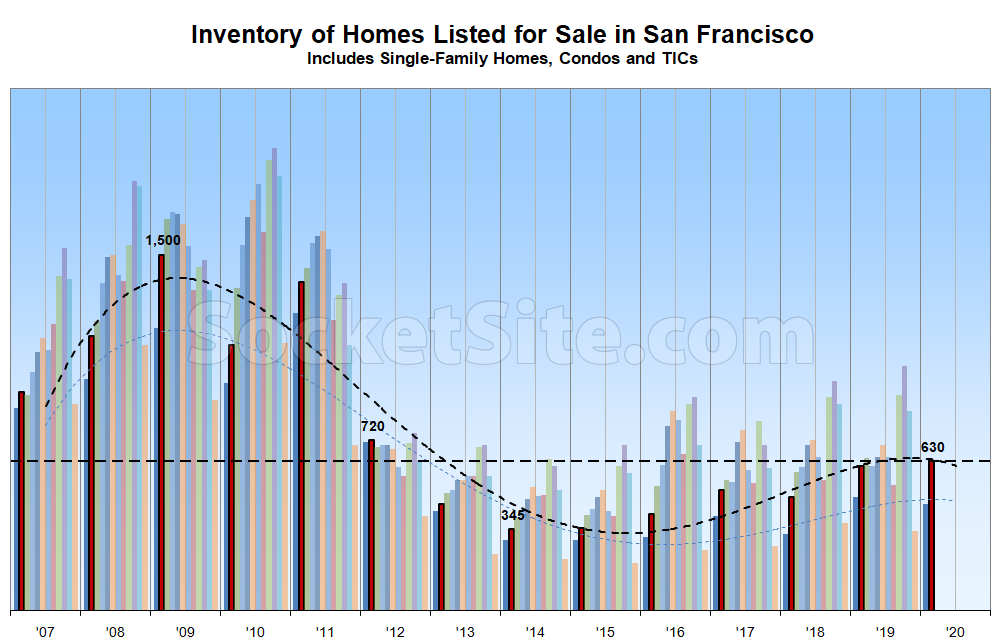 Following a trend which shouldn’t catch any plugged-in readers by surprise, the number of homes on the market in San Francisco (630) has jumped 25 percent since the Super Bowl.  As such, inventory levels in the city are now running 3 percent higher than at the same time last year and just hit a new 7-year seasonal high.

At a more granular level, the number of condos listed for sale in the city (430) is now running 4 percent higher on a year-over-year basis while the number of single-family homes (200) is roughly even (up a percent), resulting in the first year-over-year increase in overall inventory levels since mid-November of last year.

Expect inventory levels in San Francisco to continue to climb through mid-June with the relative pace of sales having slowed.