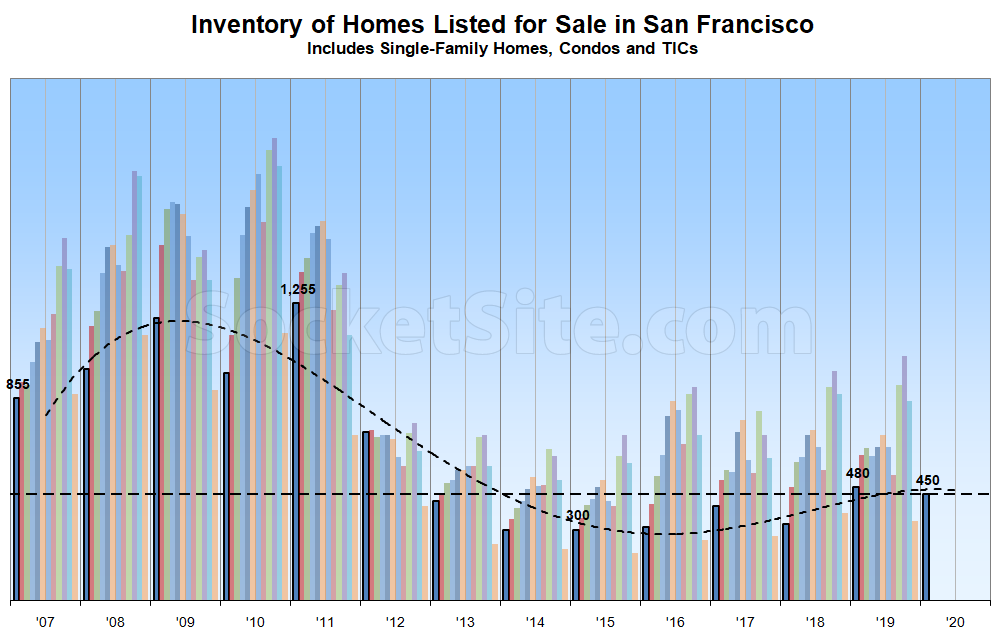 While the number of homes on the market in San Francisco has stated ticking up, inventory levels are currently running around 15 percent lower than at the same time last year.

Expect inventory levels to jump after the Super Bowl (go Red and Gold) and then steadily climb through June.