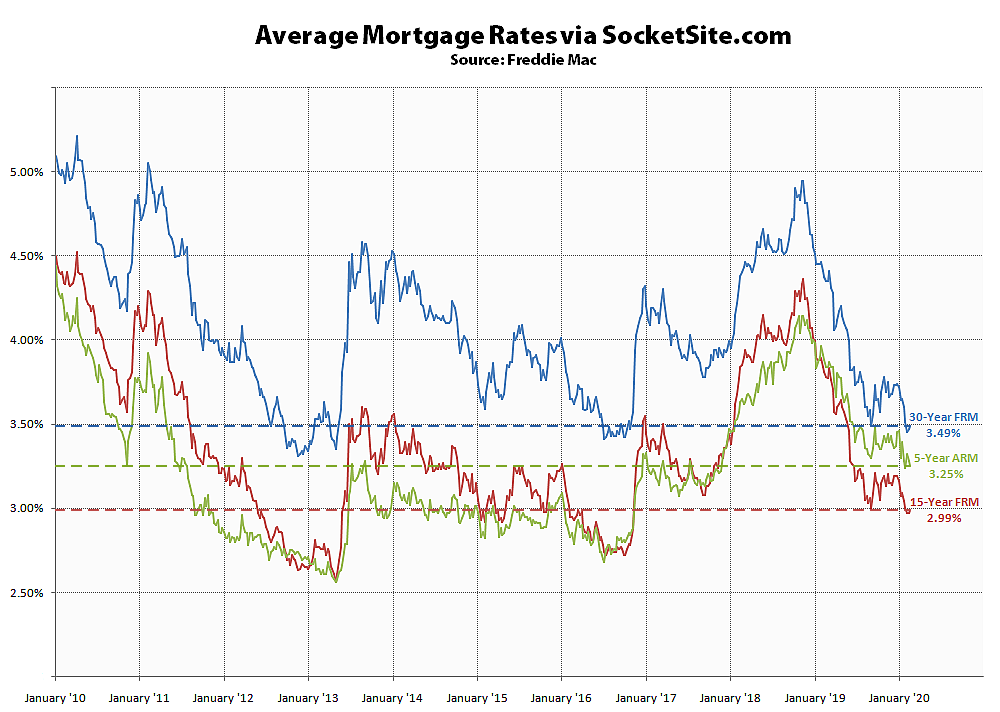 Having dropped to a 3-year low two weeks ago, the average rate for a 30-year mortgage has since inched up 4 basis points to 3.49 percent but remains 86 basis points (0.86 percentage points) below its mark at the same time last year and within 0.18 percentage points of its all-time low, according to Freddie Mac’s latest Mortgage Market Survey data.

And while the Fed had signaled its intention to leave the federal funds rate unchanged over the next year and then start raising the rate in 2021, the probability of another rate cut by the end of this year has ticked up to 87 percent, with a zero (0) percent chance of a hike, according to an analysis of the futures market.