Plans for a Palace-Adjacent Home Hit a Historic Snag 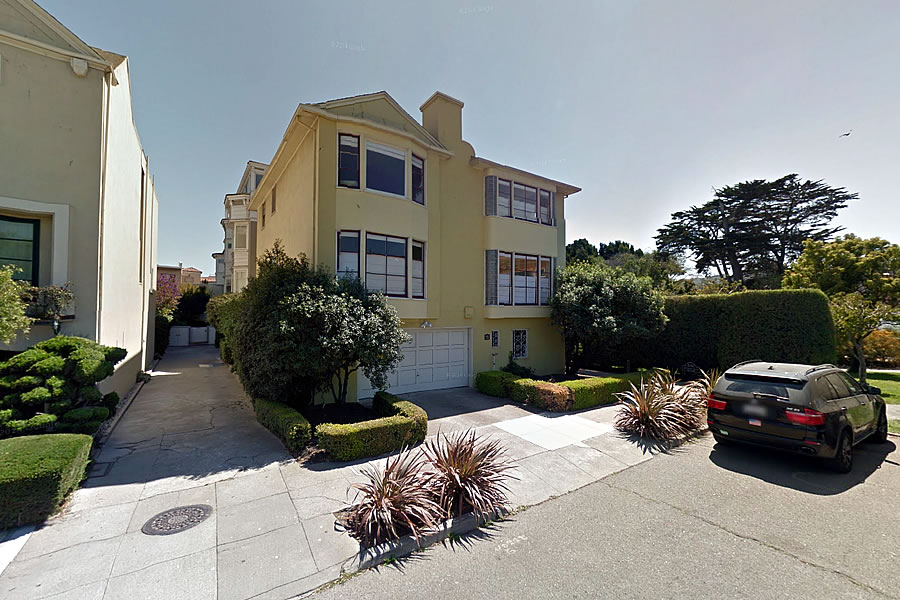 As we first outlined a little over a year ago:

Hidden behind the Avila Ocean Adventures LLC, a former Facebook engineer turned tech investor purchased the three-bedroom home at 3600 Lyon Street, which sits adjacent to both The Palace of Fine Arts and Peter Thiel’s former mansion, and had been “lovingly maintained by the same family since 1940,” for $3.15 million in July of 2016.

And while plans to remodel and expand the 2,200-square-foot home were in the works, architect John Maniscalco has been newly engaged and authorization to demolish the existing home and build a brand new 4,700-square-foot residence on the site is now being sought.

Maniscalco’s plans for the site have since been drawn, plans which would yield a contemporary 4,691-square-foot home. 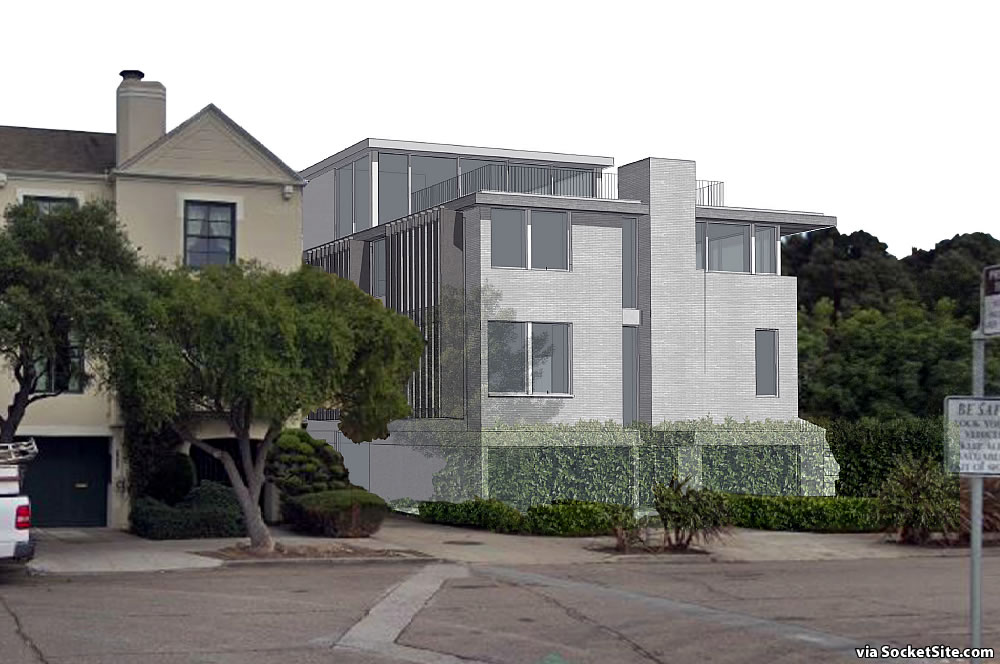 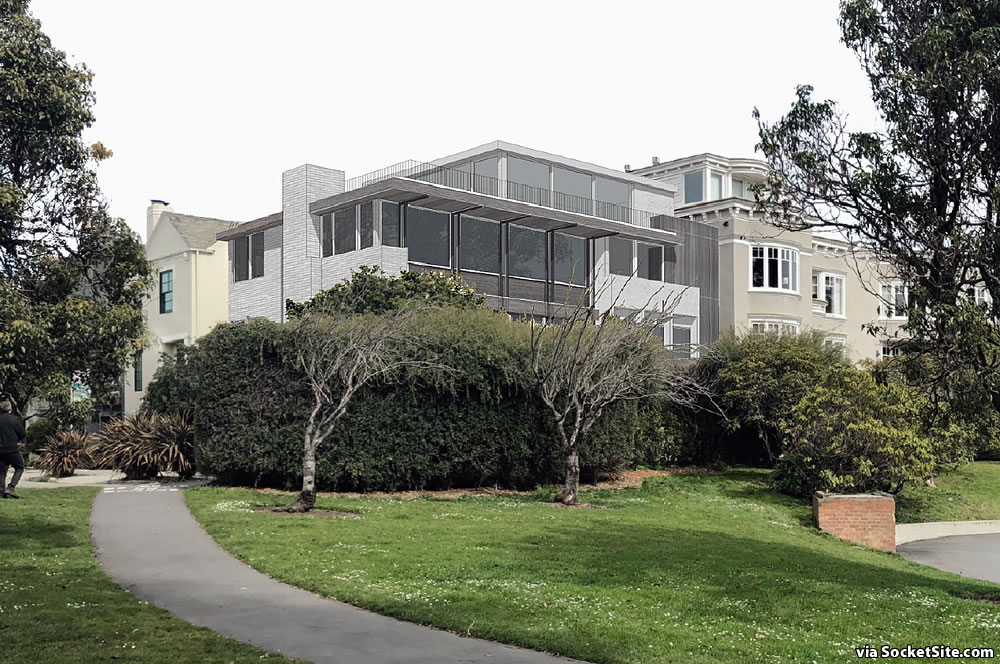 But as a plugged-in tipster notes, the proposed plans have hit a couple of snags, one of which is rather historic.

While drawn with its front door facing the Palace’s lagoon, the home’s technical frontage is Lyon Street. And as such, “the design, as proposed, results in nearly complete lot coverage within the rear yard, which would require a Rear Yard Variance from Planning Code Sec. 134” in order to be approved.

In addition, there’s the potential issue of an identified studio space on the ground floor of the existing home. And if said space is determined to be an Unauthorized Dwelling Unit (UDU) which had been used, with or without the benefit of a permit, as a separate and distinct living or sleeping space (i.e., ever treated as a second unit), it could pose a problem with respect to securing a demolition permit for the home.

And then there’s the stucco-free design.

From Planning with respect to the plans as proposed:

“…because the building is located within an eligible historic district [the Baker Street Historic District] and adjacent to a National Historic Landmark District (Palace of Fine Arts and Presidio), staff has evaluated the proposed design for compatibility within the surrounding context and for conformance with the Secretary of the Interior’s Standards for the Treatment of Historic Properties.

A new building should be visually subordinate and secondary to the historic district and setting. It must also be compatible in massing, scale, materials, and relationship of solids to voids. While new construction should not mimic the style of neighboring historic buildings, the proposed new building should achieve compatibility with the surrounding setting. Please revise drawings to incorporate design elements identified as character defining to the historic district, such as stucco cladding, sloped roof, and multi-light wood-sash windows.”

More specifically, the following issues were requested to be addressed:

a) The proposed modern massing, expressed with a two-story box form above a recessed glass base, contrasts with the traditional massing common to Revival styles. Revise drawings to eliminate a recessed glazed base for greater compatibility with traditional massing.
b) Proposed mix of cladding materials is at odds with the stucco finish with ornamental detailing common to this neighborhood. Replace incompatible materials such as metal and stone cladding with compatible cladding materials and textures.
c) The expansive fenestration and aluminum-frame windows and sliding glass doors on the proposed building is inconsistent with the pattern of wood-frame, multi-light windows and solid to voids ratio common to the neighborhood. Provide windows that are compatible with the district.
d) The shape of bay windows (north elevation) and use of metal louvers are not compatible with the surrounding context. Revise drawings to include compatible bay window shapes and materials.
e) Roof shape and materials of the subject property must be revised to better relate with the sloped roofs of neighboring properties.

Another suggested approach to the project was to consider “the use of additions and modest alterations,” rather than a full demolition and new construction. We’ll keep you posted and plugged-in.

The Framework for a Modern Addition (And Neighbor's Ire)