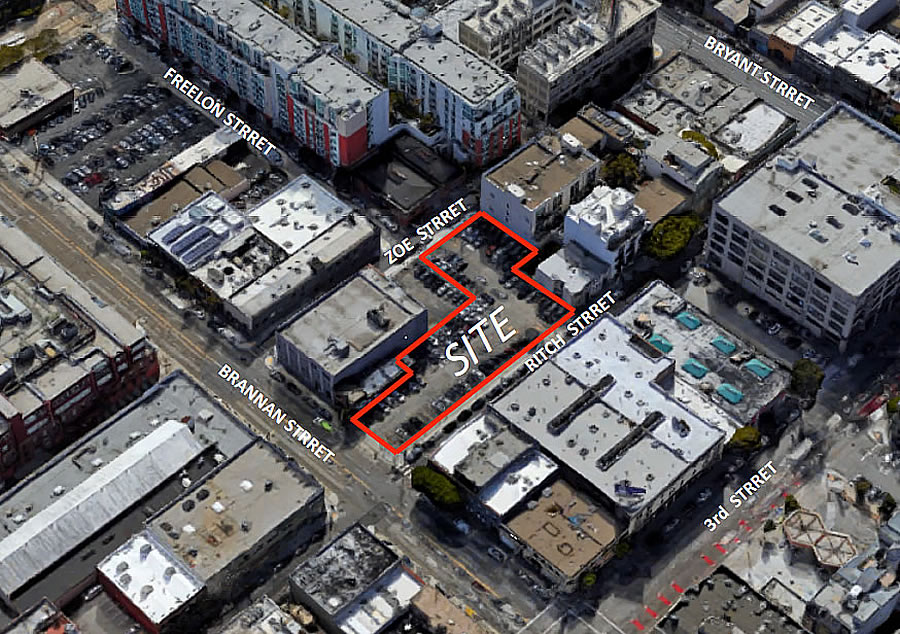 The plans for a 239-room hotel to rise up to 8 stories in height across the irregularly shaped Central SoMa parking lot parcel at 424 Brannan Street appear to have been abandoned.

Instead, new plans for nearly 95,000 square feet of office space to rise up to 85 feet in height on the site, along with a little bit of retail fronting Brannan, around 6,000 square feet of “PDR” space and a basement garage for 19 cars, have been drafted by Heller Manus for the project team. 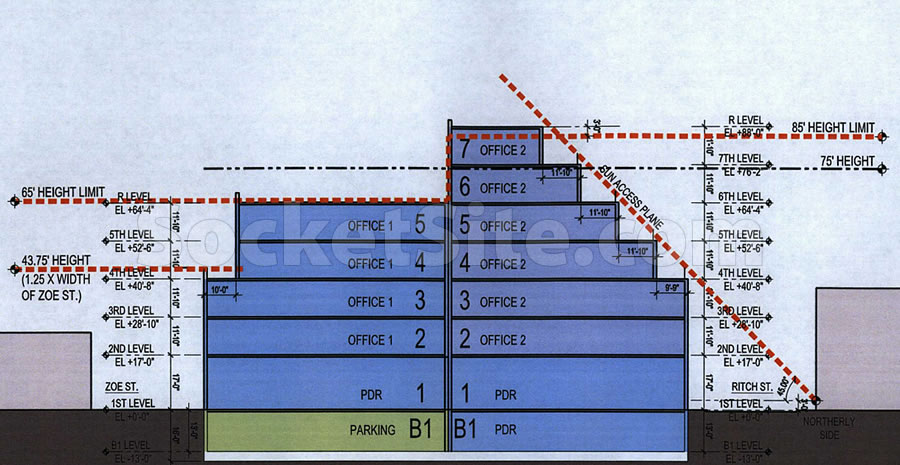 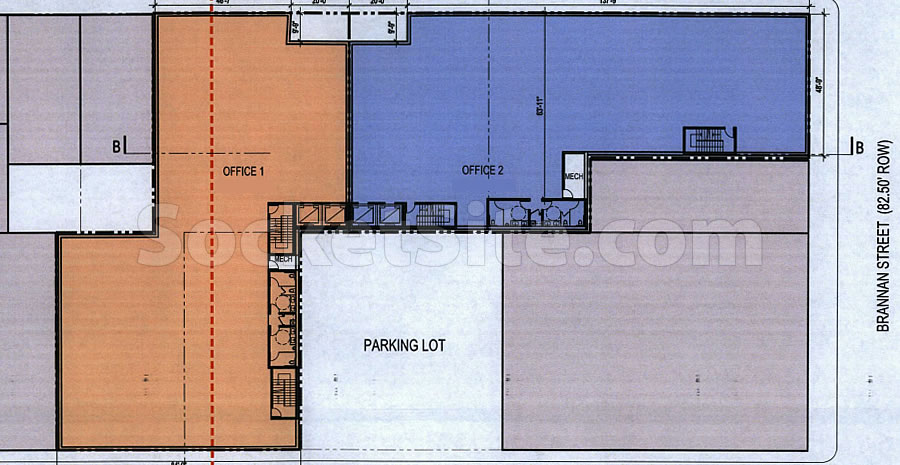 As designed, the development would technically be built as two adjacent buildings, neither of which would yield over 50,000 square feet of office space, the threshold at which developments are required to secure a limited “Large Cap” office allocation as governed by Proposition M and the competition for which is heating up.

And while a similar “two building” approach failed to pass muster with Planning earlier this year, San Francisco based DECA is positioning to obtain a legal subdivision of the parking lot parcel into two separate lots in order to proceed with securing entitlements for the two building development as proposed.

Plans to Raise the Roof Across From Outerlands Closer to Reality