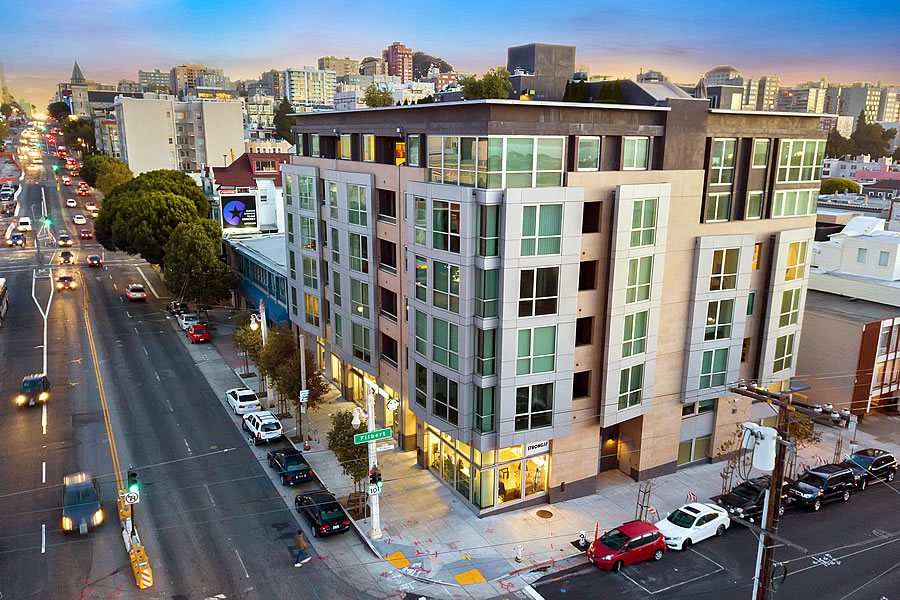 Purchased for $1.648 million in February of 2015, the two-bedroom, two-bath corner unit #7C atop the “Amero” at 1501 Filbert Street, on the border of Cow Hollow and Russian Hill, returned to the market listed for $1.75 million this past July, a sale at which would have represented total appreciation of 6.2 percent for the “rarely available penthouse” unit over the past four years. 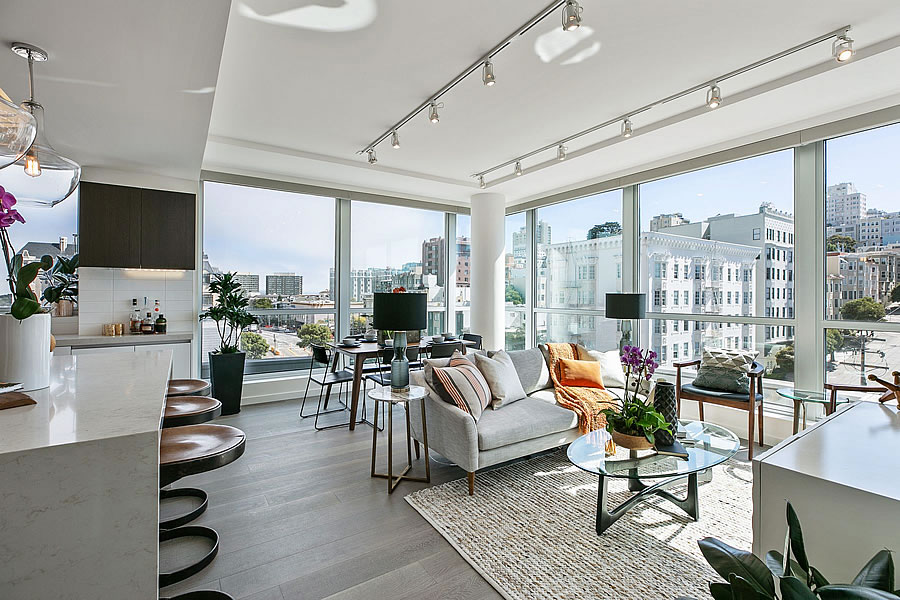 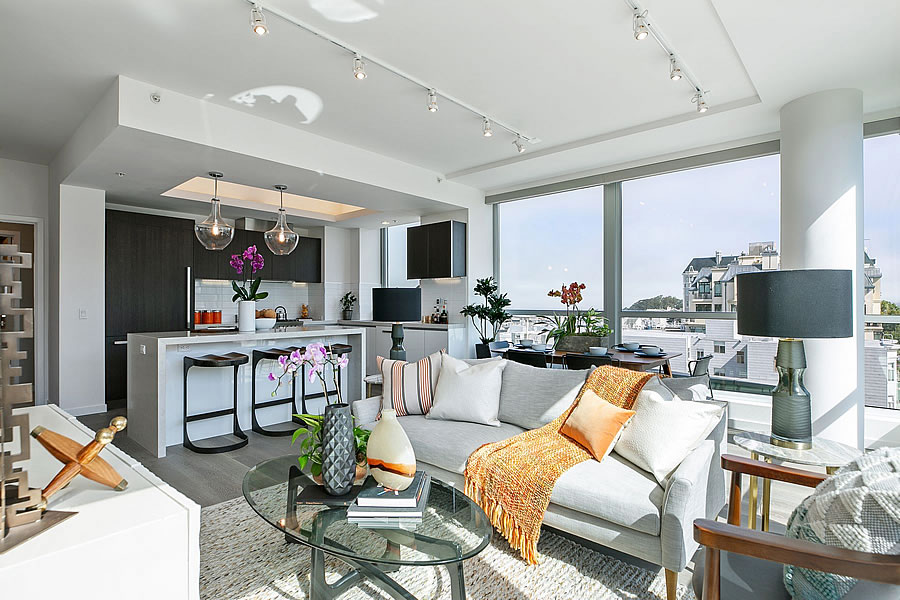 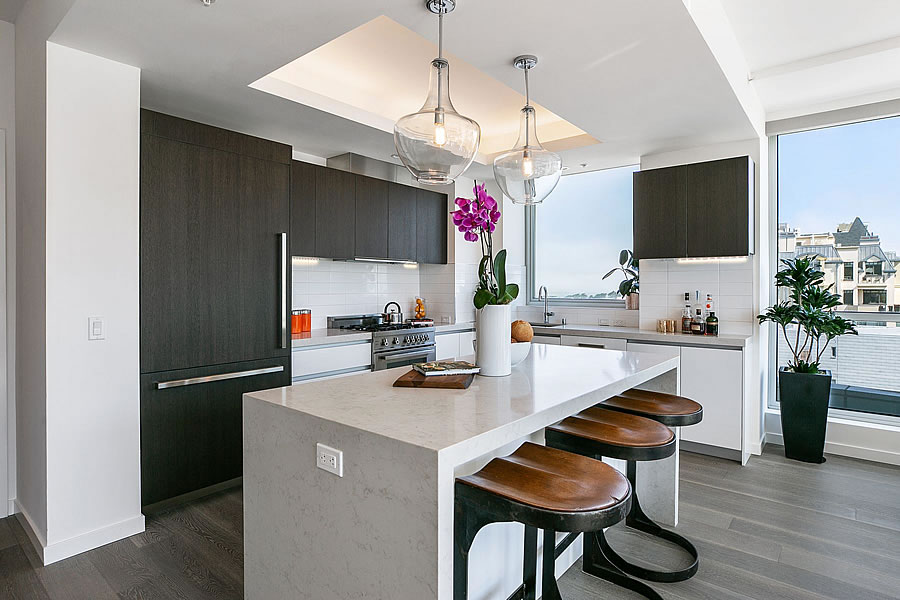 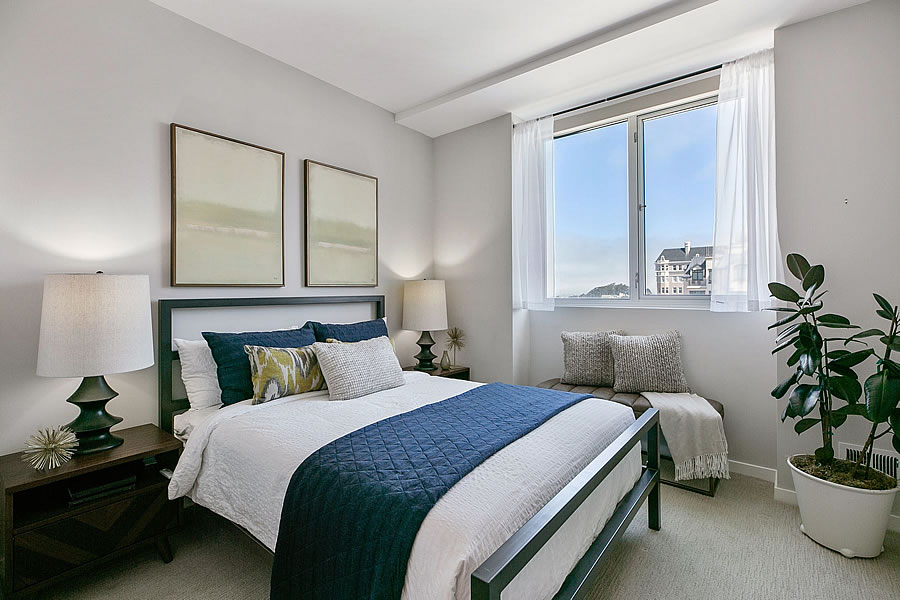 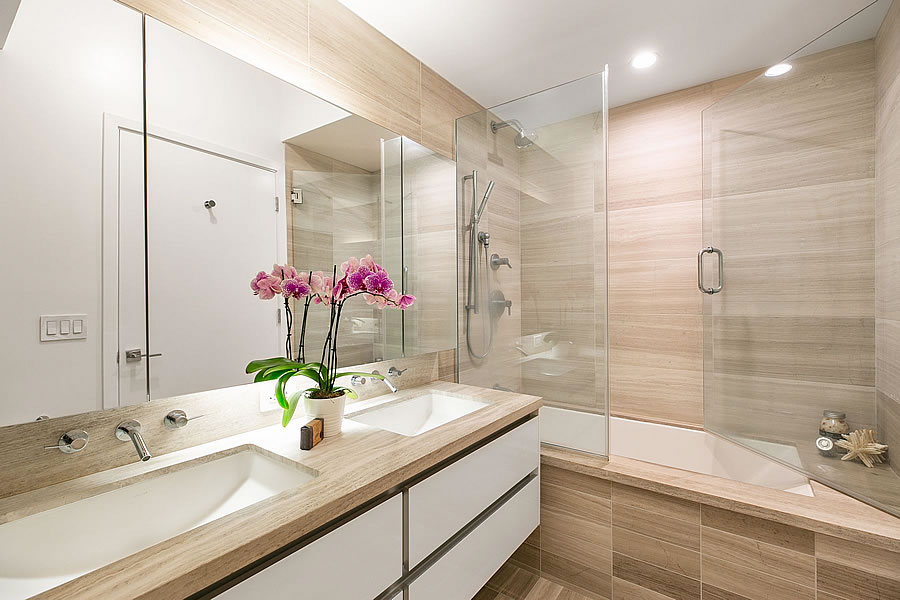 The 1,040-square-foot unit features wide-plank hardwood floors, “a dramatic open floor plan featuring nearly floor to ceiling glass and outlooks onto Russian Hill and the Bay,” a modern kitchen with high-end finishes and a “spa-like bathroom with sumptuous marble and double vanity sinks,” along with deeded parking in the building’s garage, access to a rooftop terrace with “dual BBQ’s, [an] outdoor dining area and [an] outdoor lounge with [a] linear gas fire pit” and HOA dues of $688 per month. 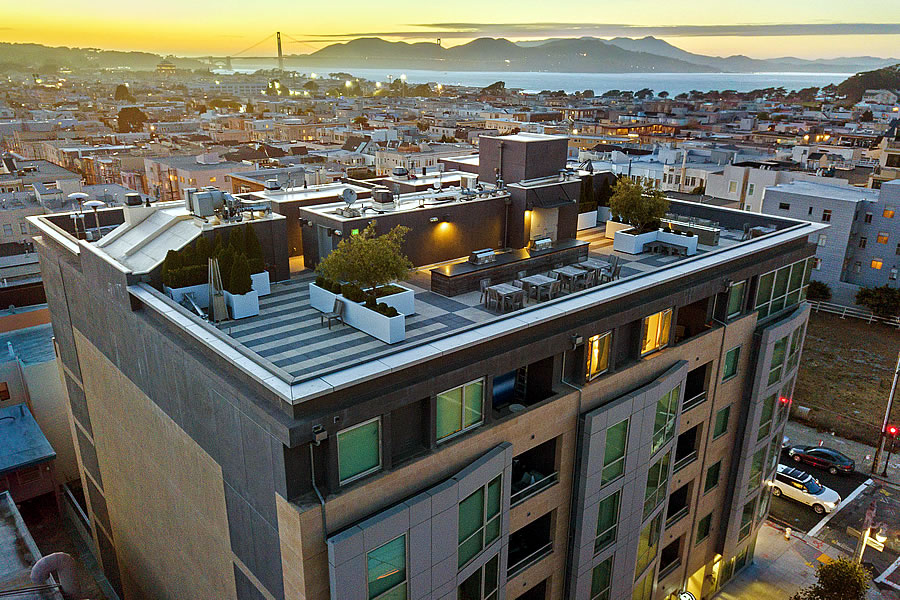 And after two months on the market, 1501 Filbert #7C has just been listed anew with an official “1” day on the market and a newly reduced list price of $1.695 million, a sale at which would now represent total appreciation of 2.9 percent for the penthouse unit since the first quarter of 2015 on an apples-to-apples, versus “median price,” basis.

Keep in mind that the corner unit two floors below, 1501 Filbert Street #5C, which was purchased as new for $1.6 million in January of 2015 and returned to the market listed for $1.65 million this past October, quietly resold for $1.36 million at the end of last year, representing an actual 15 percent drop in value.