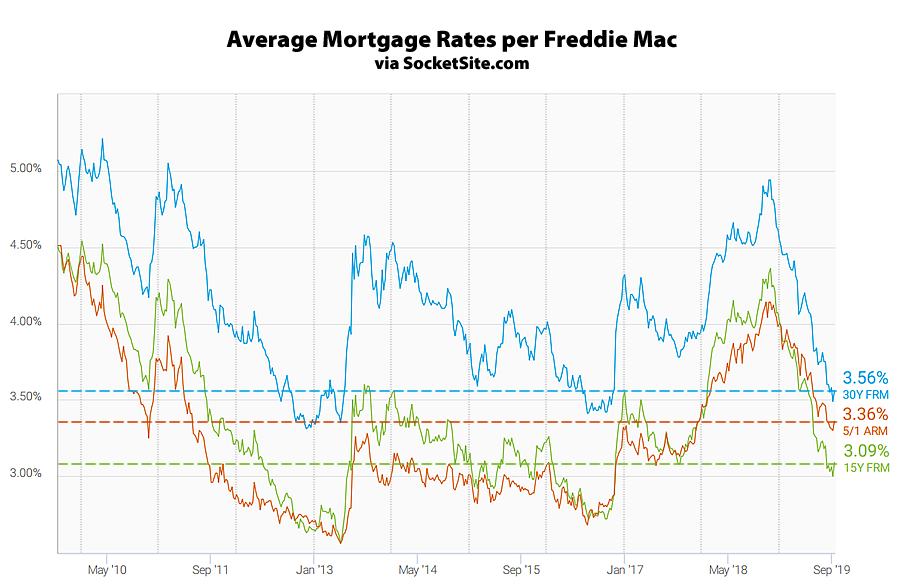 While the average rate for a 30-year mortgage inched up 7 basis points over the past week to 3.56 percent, it remains within 15 basis points of a three/six-year low and down 138 basis points (1.38 percentage points or roughly 28 percent) since the fourth quarter of last year.

With respect to the likelihood of the Fed easing rates for a second time this year, the currently probability is running around 97 percent according to an analysis of the futures market.

And despite having benefited from significantly lower mortgage versus the same time last year, pending home sales in San Francisco are really down.