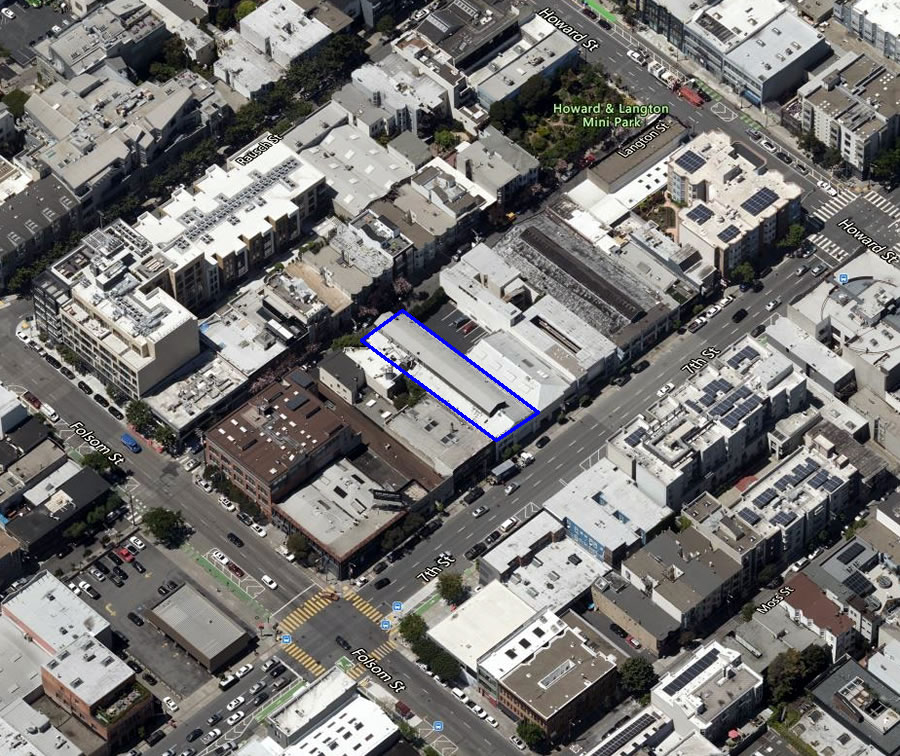 Plans to preserve the existing building’s Langton Street façade have since been scrapped; the project’s below market rate (BMR) component has been bumped up to 17 units, or roughly 18 percent of the total, as required; and a single commercial space fronting 7th Street is now proposed, as newly rendered below. 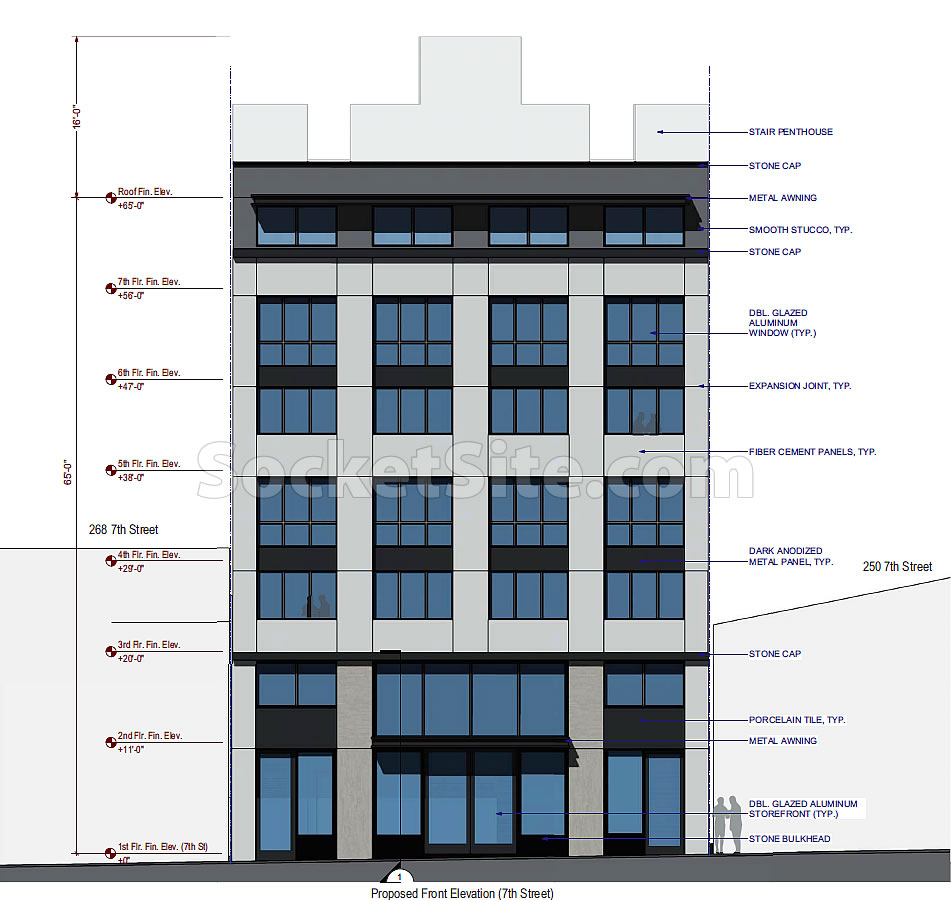 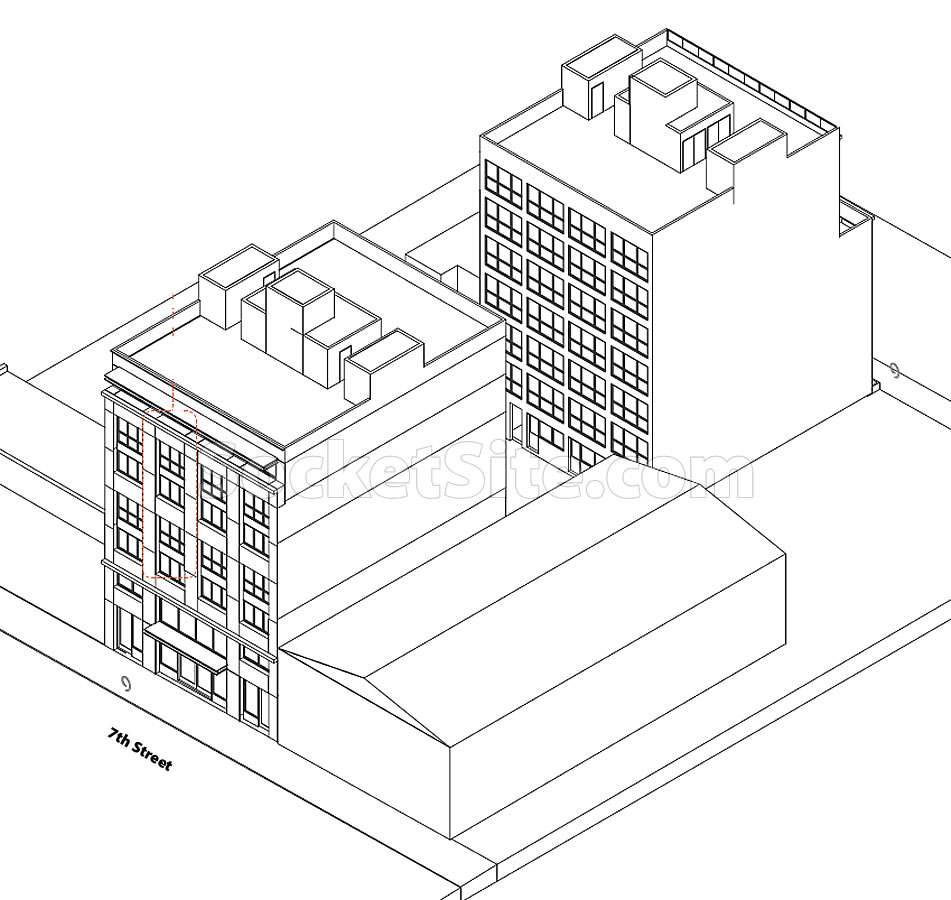 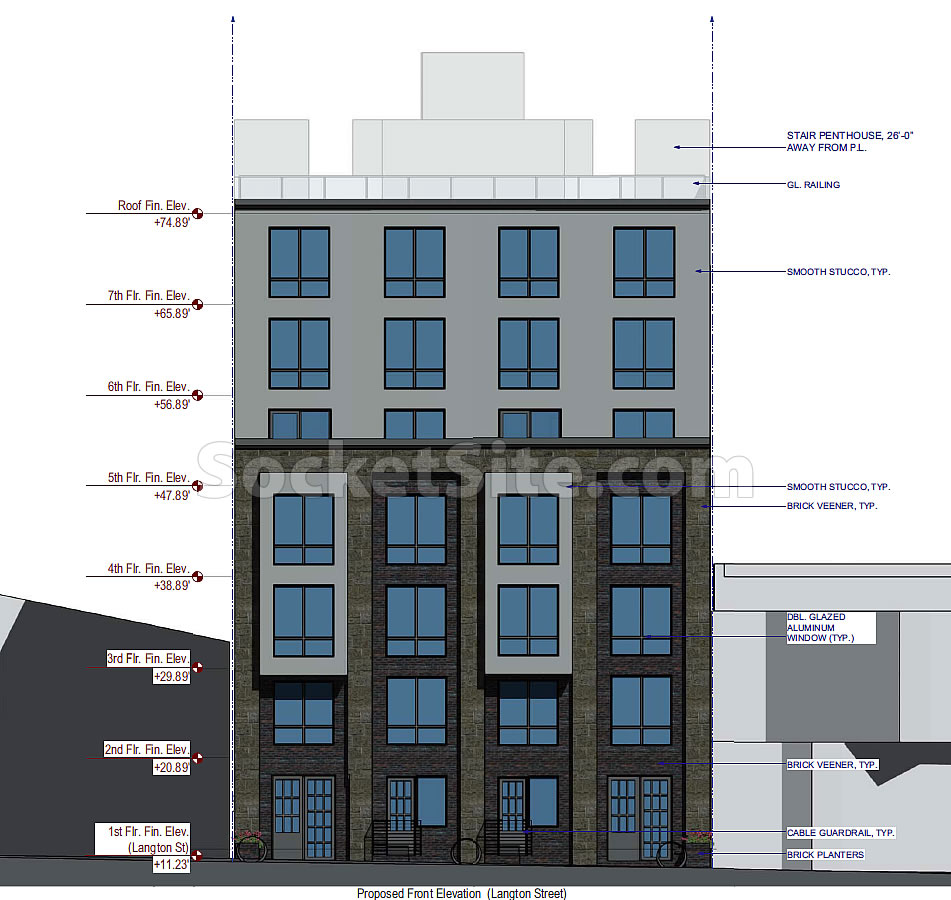 And although the development will result in the loss of Production, Distribution and Repair (PDR) space in San Francisco, “the Project does provide a substantial amount of new rental housing, including new on-site below-market rate units for rent,” and in the eyes of Planning, “the Project exhibits overall quality design, which relates to the surrounding context and neighborhood, and provides an appropriate massing and scale for a through lot.”

And as such, the fast-tracked infill project of sub 300-square-foot units, on average, could be approved by San Francisco’s Planning Commission next week.