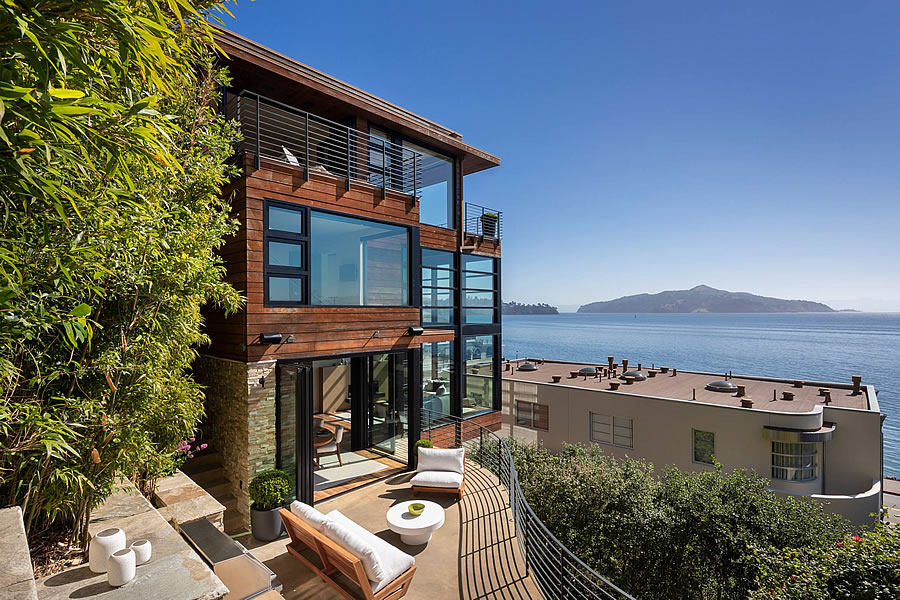 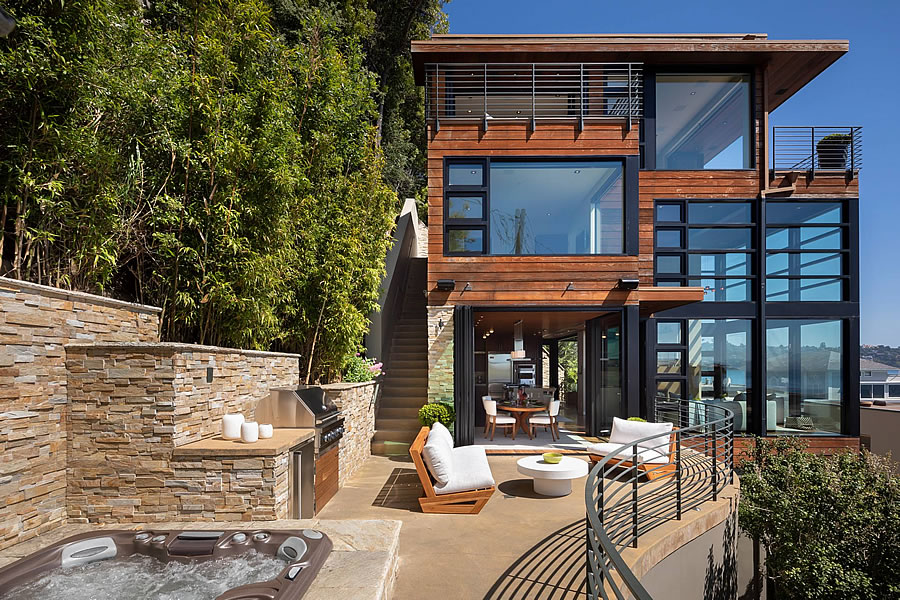 Designed by Michael Rex Associates and featured on the American Institute of Architects tour of Marin in 2012, as we wrote about the modern three-level Sausalito home at 525 Bridgeway Avenue, which is technically a condo, when it was about to hit the market listed for $4.998 million in early 2013 (and soon thereafter sold), the home’s open first floor features a living room with floor-to-ceiling windows, access to a south-facing patio (with grill and hot tub), and a high-end kitchen outfitted with concrete countertops, coated with an epoxy sealer for a glossy and protective finish. 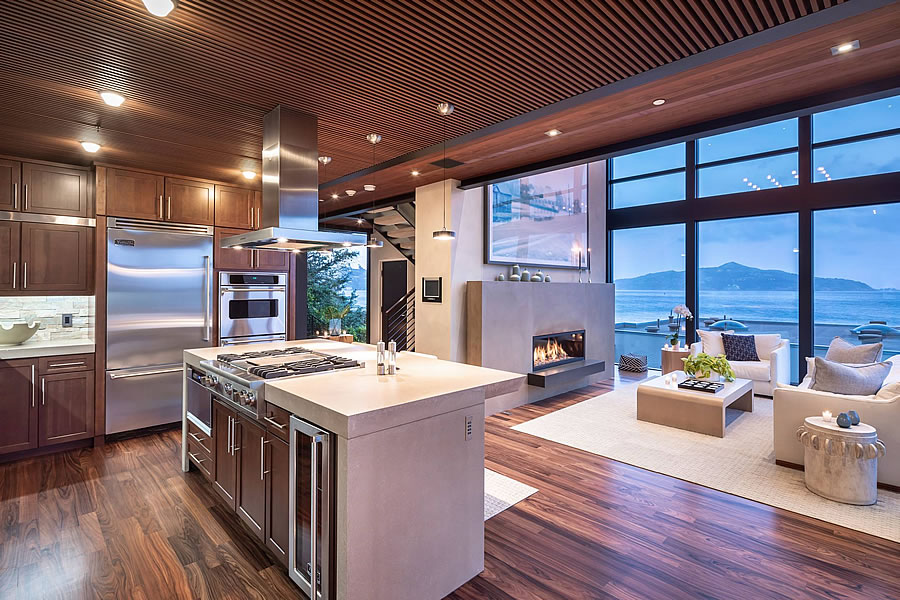 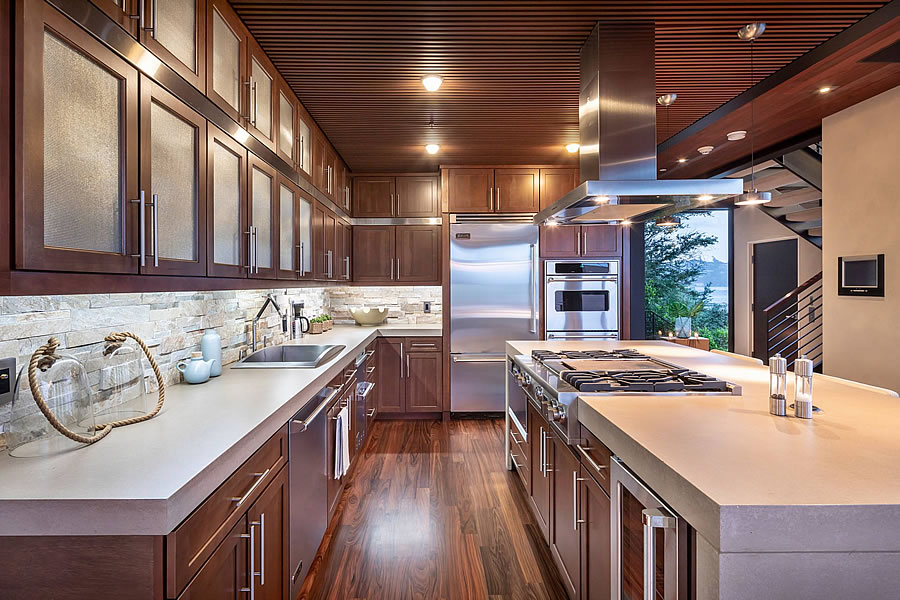 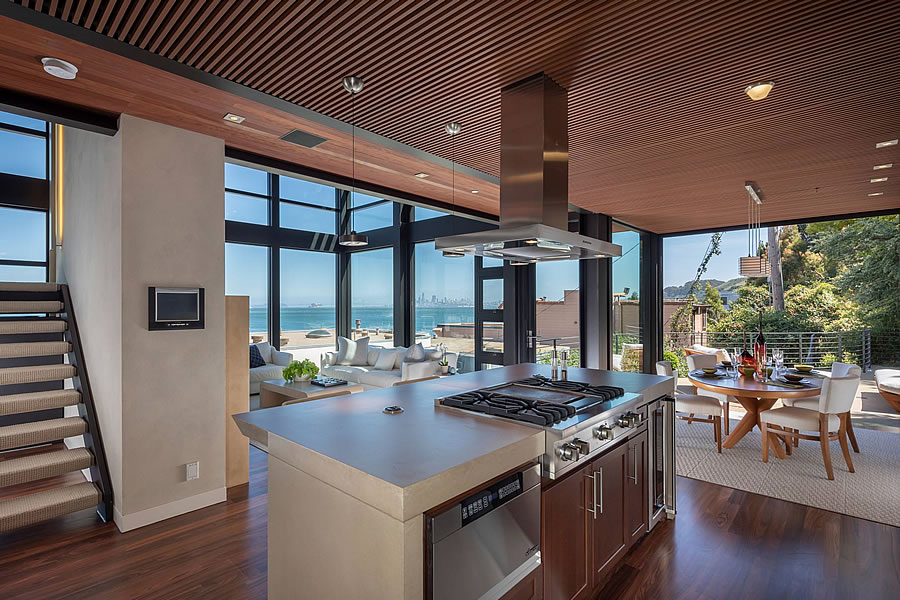 Atop the second level with two bedrooms and two en-suite baths, the top-floor master suite features a wall of retractable glass overlooking the Sausalito and San Francisco Bay. 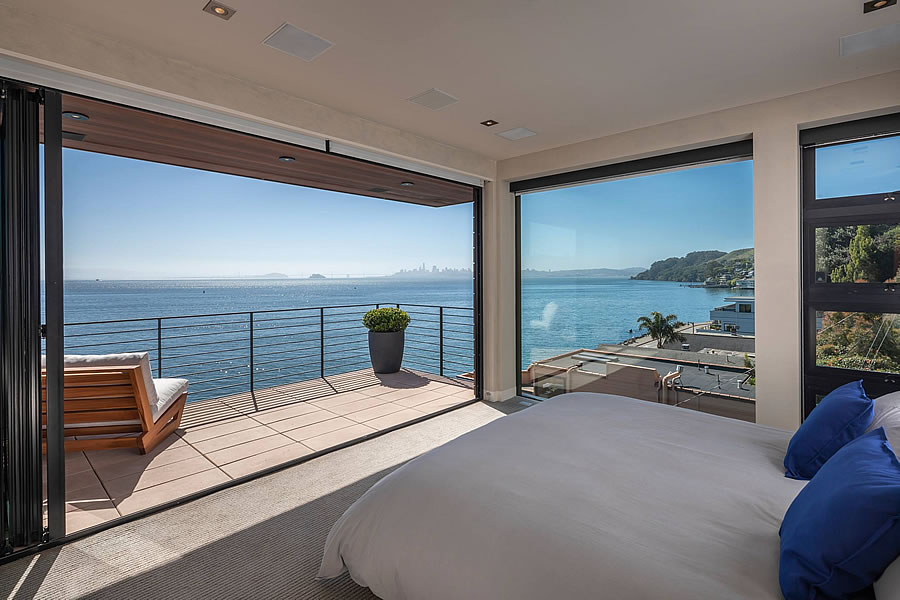 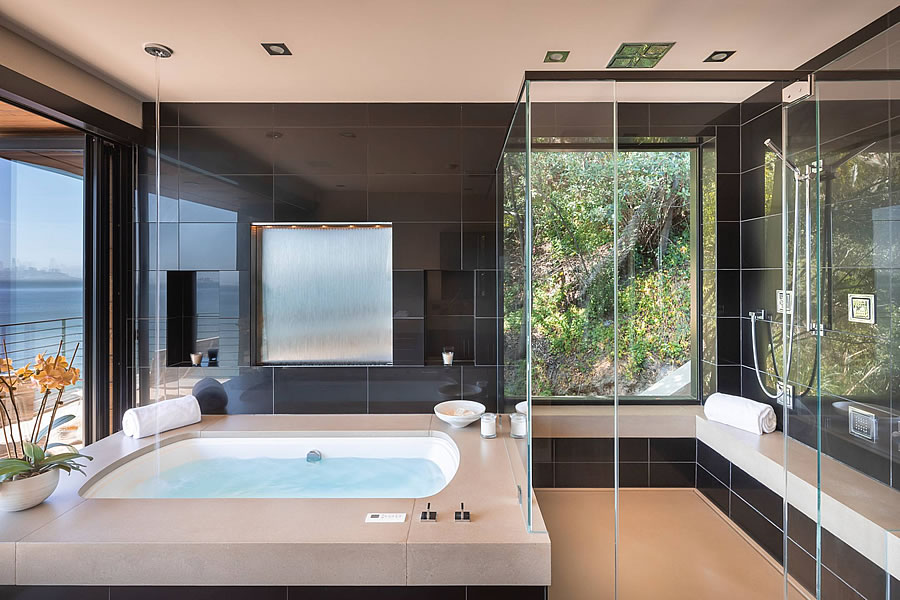 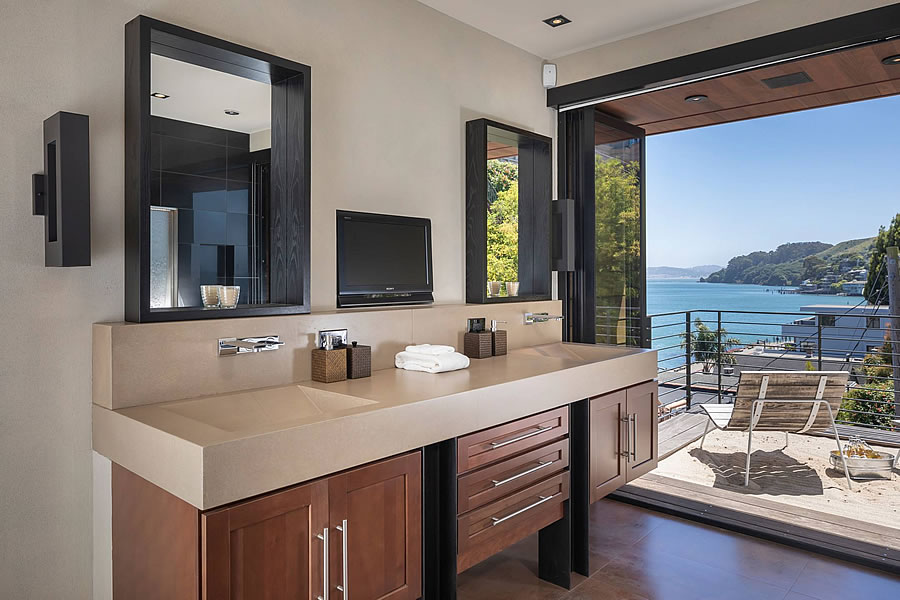 And through the swank master bath, there’s a private sandbox “beach” and deck: 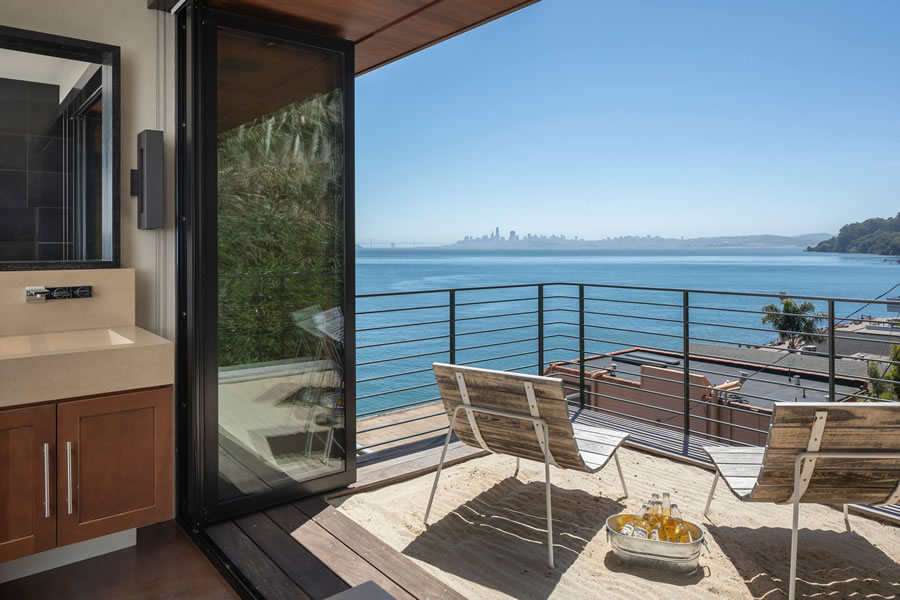 And having returned to the market priced at $6.0 million this past May, a sale at which would have represented total appreciation of 20 percent since the third quarter of 2013, and then reduced to $5.499 in June, the list price for “the ultimate modern Sausalito residence” has just been reduced to $4.995 million, a sale at which would be a push in terms of total appreciation (but with some up and down between).