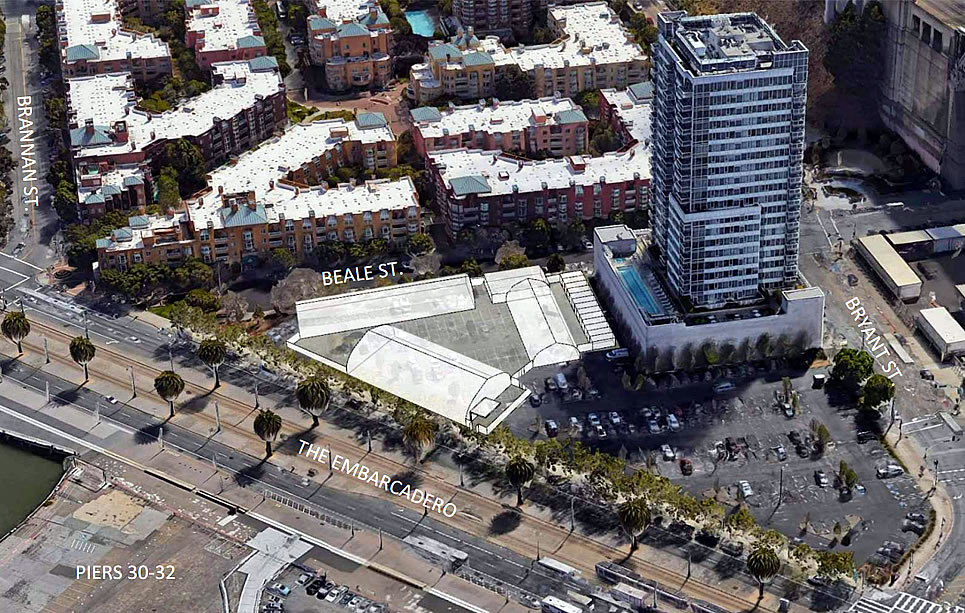 While San Francisco’s Board of Supervisors unanimously rejected an appeal of the approved, but hotly contested, plans for a temporary Navigation Center to be constructed on the Port’s current parking lot parcel known as Seawall Lot 330, across from Piers 30-32, at the end of last month, a group of neighbors has just filed suit in Superior Court seeking to definitively block the shelter.

According to the filing, “San Francisco unilaterally approved a mega-housing project on San Francisco Bay-front land burdened by the public trust, which prohibits housing without prior State Lands Commission approval, among other requirements, and without any environmental or design review.”

As such, the lawsuit seeks to have the State Lands Commission “act to protect the public” from the development which would provide temporary shelter, storage and infrastructure for up to 200 currently homeless individuals, along with administrative, community, dining and supportive services space intended to help transition its population to more permanent housing over the next few years.

In addition, the filing seeks a temporary restraining order and stay to keep any development from progressing until the lawsuit is decided, or perhaps until the Port issues an RFP for the lot (which shouldn’t catch any plugged-in readers by surprise).