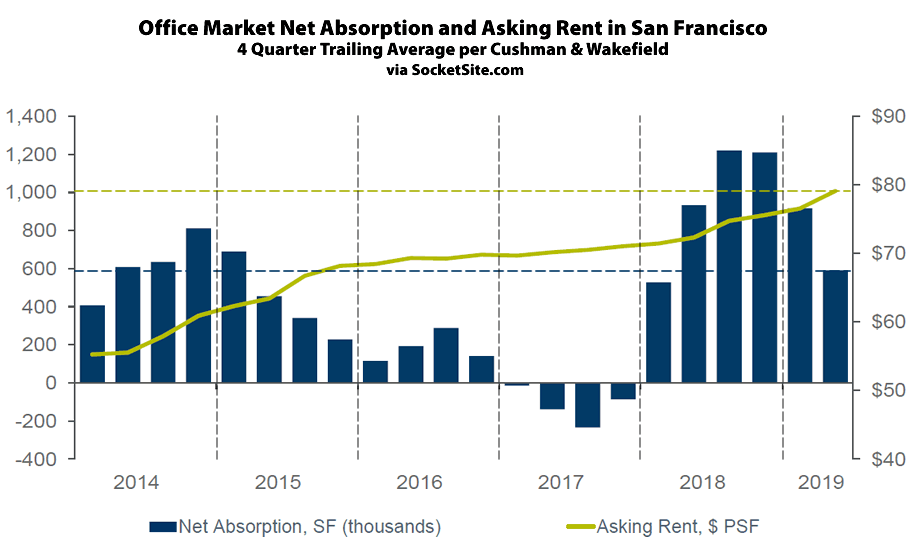 Having ended 2018 at a record high, driven in part by the delivery of a record 3.7 million square feet of high-end Class A space, all of which was delivered pre-leased, the average asking rent for office space in San Francisco has ticked up another 4.5 percent in the first half of 2019 to a record $79.07 per square foot per year, which is 9.4 percent above its mark at the same time last year, according to Cushman & Wakefield.

At the same time, the average asking rent for older Class B space in the city, which hadn’t really budged over the past couple of years, jumped 4.8 percent over the past quarter alone to a record $70.94 per square foot per year, which is up 9.7 percent since the second quarter of 2018. 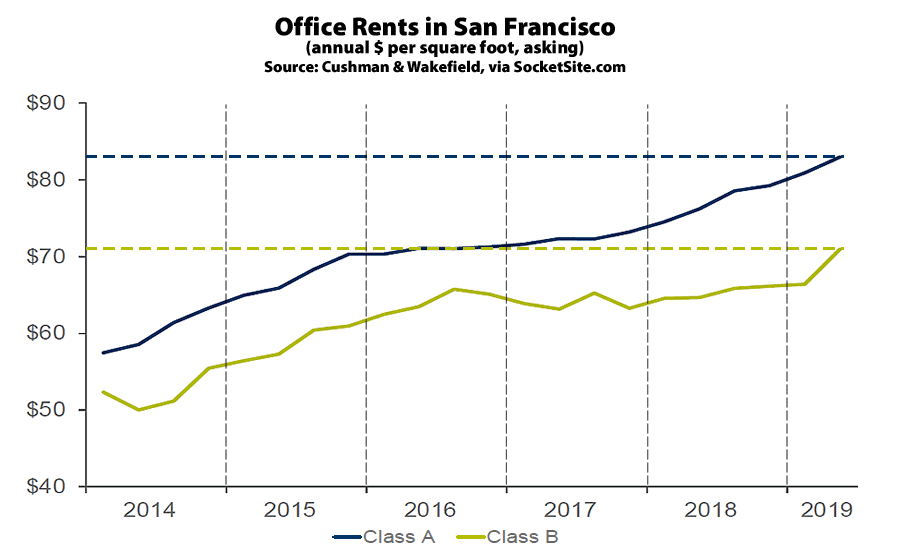 And while there remains another 2.5 million square feet of office space currently under construction in the city, roughly half of which will be delivered, pre-leased, over the next two years, the cumulative need of tenants looking for new office space in San Francisco has jumped to an estimated 9.9 million square feet, which is up 50 percent over the past quarter and 60 percent higher than at the same time last year, with all eyes still trained on the legal challenges of San Francisco’s Central SoMa Plan and recently approved developments.