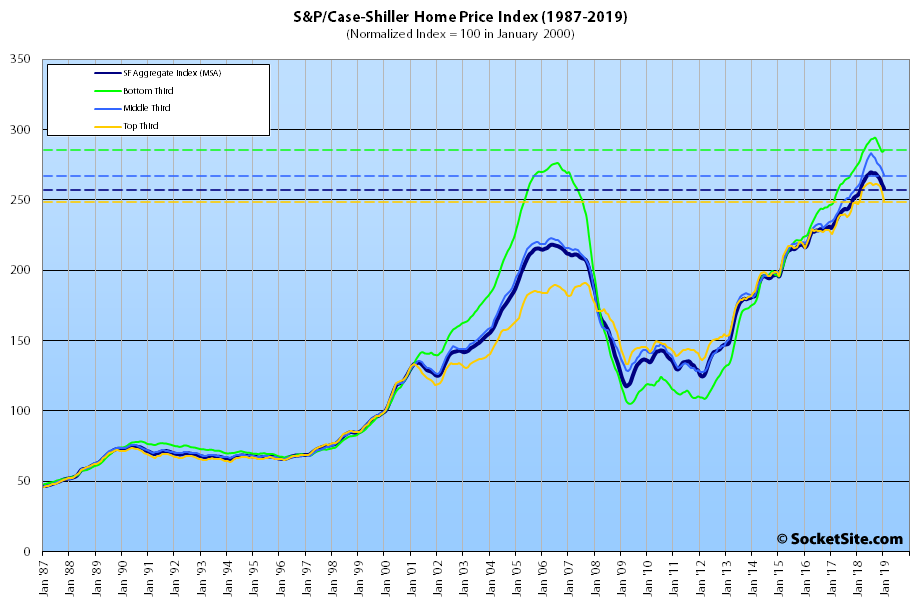 Having ended last year with the largest month-over-month decline in seven years, the S&P CoreLogic Case-Shiller Index for single-family home values within the San Francisco Metropolitan Area (which includes the East Bay, North Bay and Peninsula) dropped another 1.3 percent in January.

While the index for the bottom third of the Bay Area market managed to eke out a 0.3 percent gain at the beginning of the year, its year-over-year gain has dropped to 3.6 percent, a drop of over eight (8) percentage points since January of 2018.

And the index for the top third of the market dropped 2.4 percent in January, its largest month-over-month drop in seven years, and its year-over-year gain has dropped to a total of 0.8 percent, down ten (10) percentage points since the first quarter of last year. 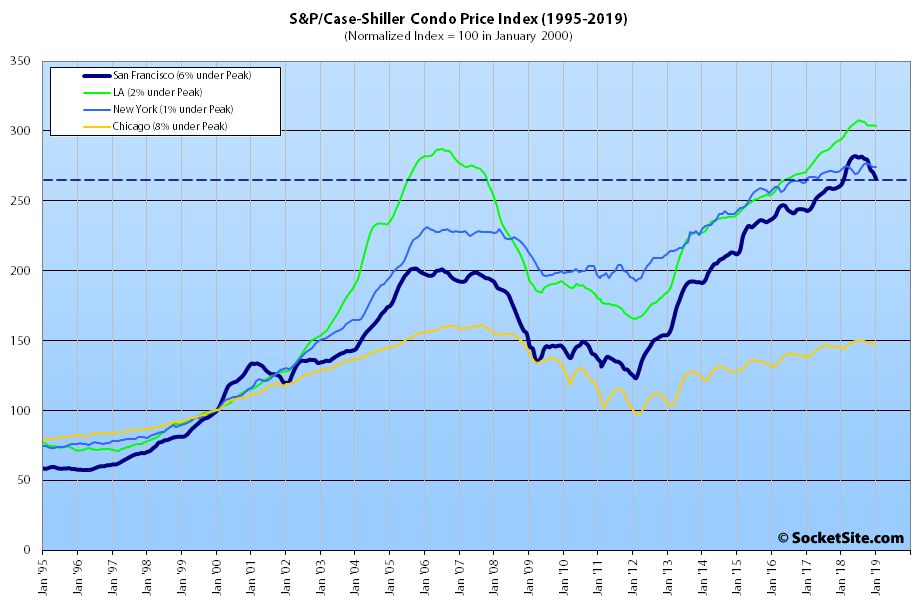 As we first noted in the third quarter of last year, Las Vegas is still leading the nation in terms of home price gains, up 10.5 percent year-over-year versus a national average of 4.3 percent, with Phoenix in second place (up 7.5 percent) and Minneapolis (up 5.1 percent) having displaced Atlanta (up 4.9 percent).

At 1.8 percent, San Francisco ranked second to last in terms of year-over-year gains, trailed only by San Diego (up 1.3 percent). And the national average was the lowest since 2015.

Pending Home Sales in SF Remain Down (But Picking up Steam)