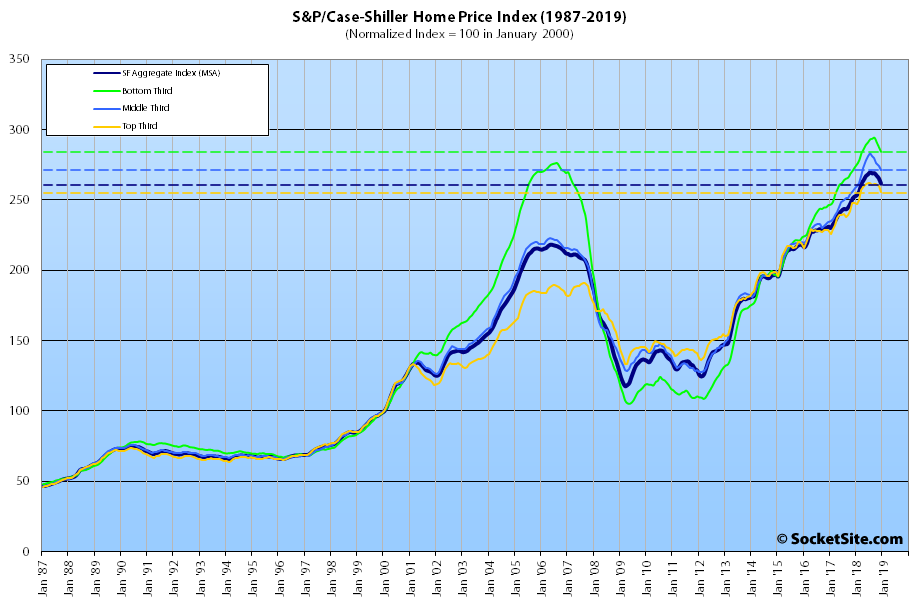 Having dropped another 1.4 percent in December, which is the largest month-over-month decline in seven years, the S&P CoreLogic Case-Shiller Index for single-family home values within the San Francisco Metropolitan Area (which includes the East Bay, North Bay and Peninsula) shed nearly 3 percent in the fourth quarter of 2018 alone and its year-over-year gain has dropped to 3.6 percent, down six (6) percentage points since the third quarter of last year and representing the smallest year-over-year gain since 2012.

For the third month in a row, and only the third time since 2011, the index for the bottom third of the Bay Area market has dropped over one (1) percent on a month-over-month basis, dropping 1.2 percent in December and pushing its year-over-year gain down to 4.0 percent, a drop of nearly seven (7) percentage points since the third quarter of 2018.

The index for the middle third of the market shed 0.9 percent in December and is now running 5.2 percent higher on a year-over-year basis having dropped 6.1 percentage points over the past quarter alone.

And the index for the top third of the market dropped 1.7 percent in December, its largest drop since the start of 2012, and its year-over-year gain has dropped to 3.1 percent, down six (6) percentage points from 9.1 percent at the end of the third quarter. 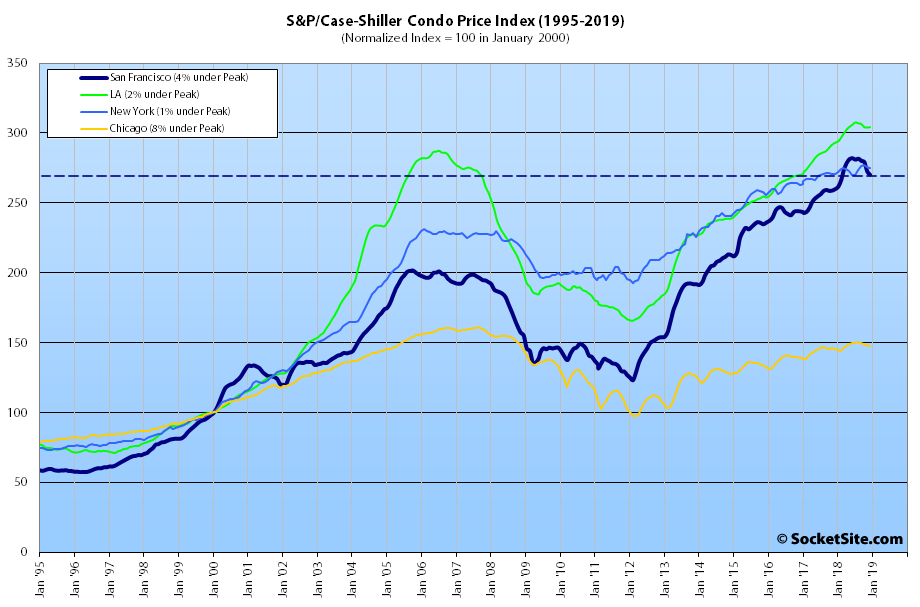 As we first noted in the third quarter of last year, Las Vegas is still leading the nation in terms of home price gains, up 11.4 percent year-over-year versus a national average of 4.7 percent, with Phoenix in second place (up 8.0 percent) and Atlanta now in third (up 5.9 percent).

Or as added to the notes from the Managing Director and Chairman of the Index Committee at S&P Dow Jones Indices today: “Currently, the cities with the fastest price increases are Las Vegas and Phoenix. These are a reminder of how prices rose and collapsed in the financial crisis 12 years ago.”