And as proposed by Thornton Tomasetti, the compromised areas of the flanges could be ground to a smooth surface, after which cover plates would be installed above and below and bolted together, restoring the beams to their original design capacity. However, whether we see someone or a team walking about in their welding helmet that meets the ANSI standards, we’re not sure what the plans are yet. 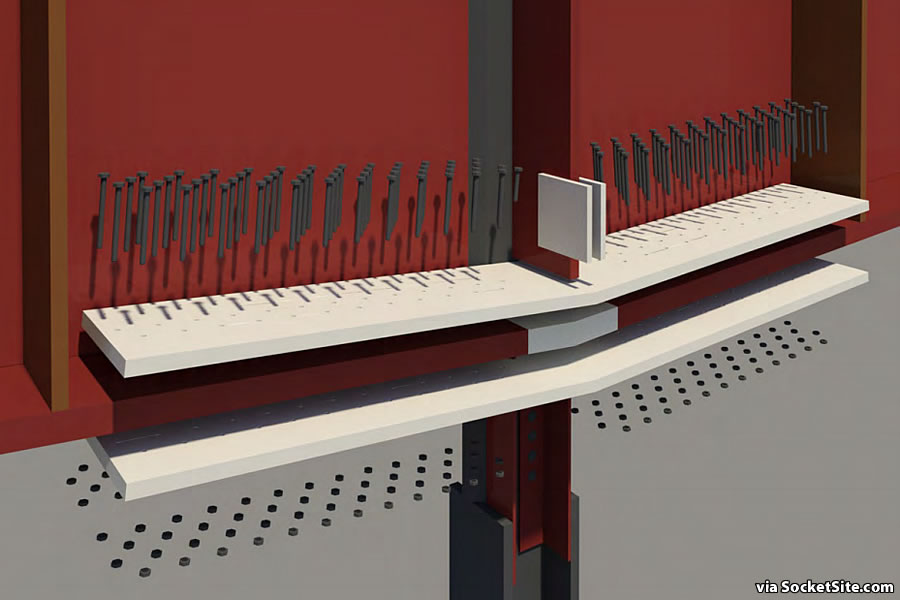