Having discovered a second, adjacent, cracked beam in the new Salesforce Transit Center, the center will remain closed for “at least another week” as inspections continue and engineers attempt to identify the cause of the fissures and next steps.

All buses will continue to run from the Temporary Transbay Terminal which is back in action and luckily had yet to be razed.

UPDATE (9/27): A photo of the primary fissure, on the bottom flange of the beam, with fireproofing having been removed for inspection: 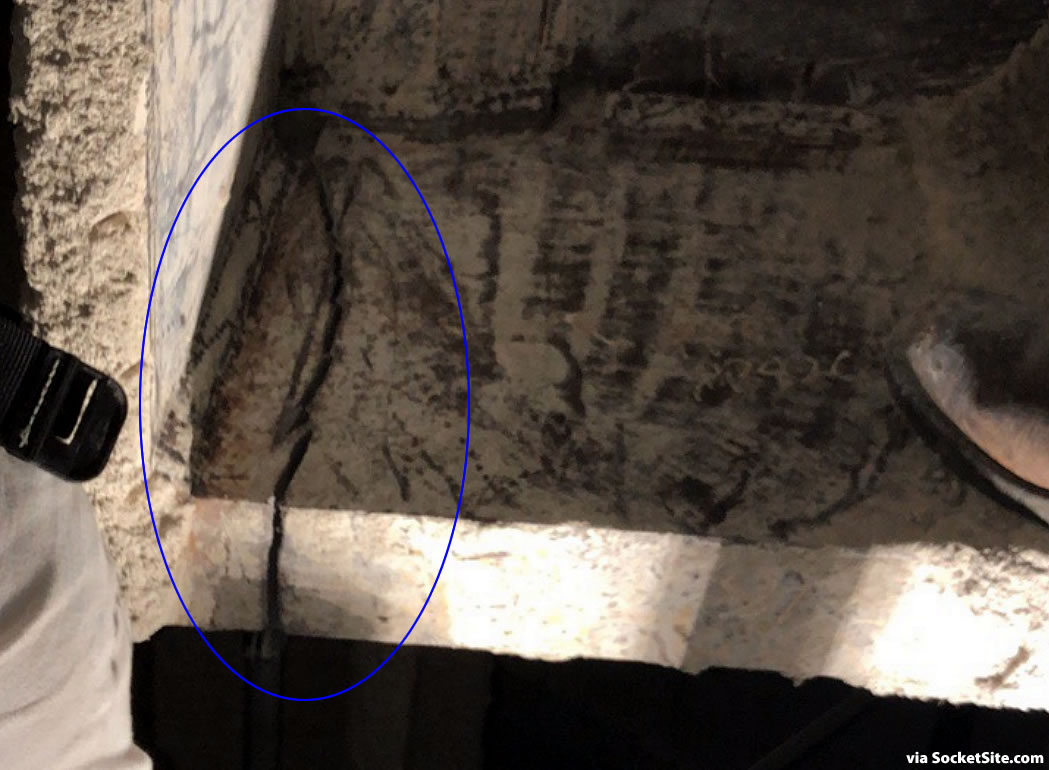 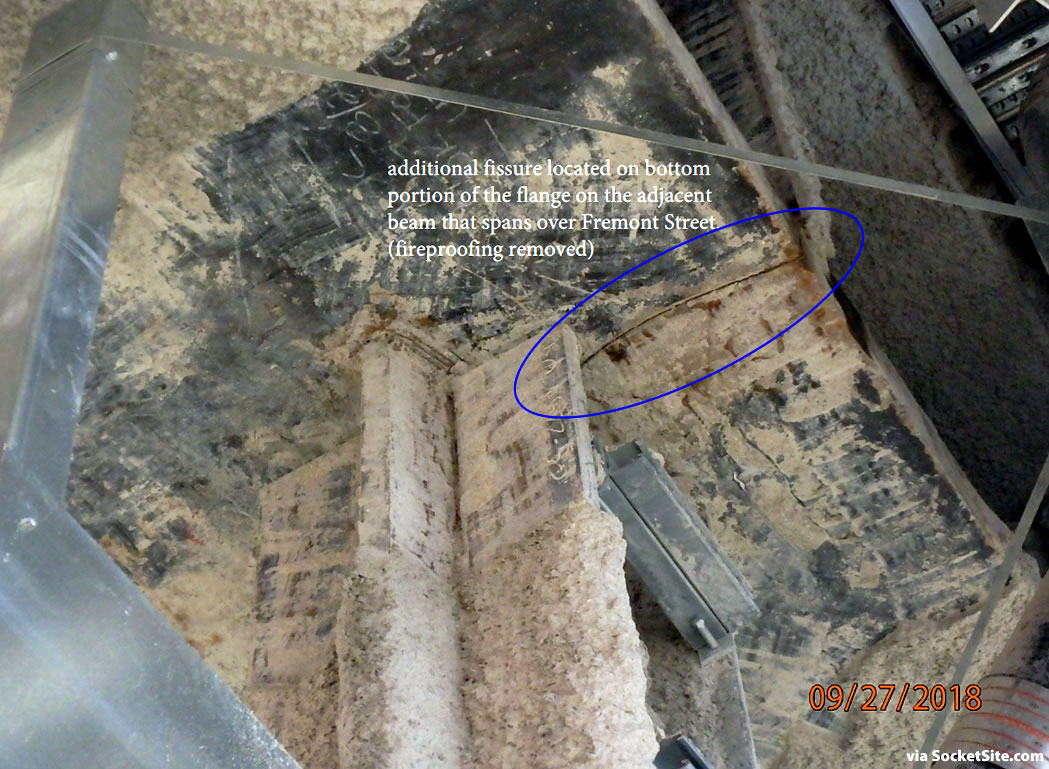 The Fed Raises Rates, Signals Another Hike in 2018