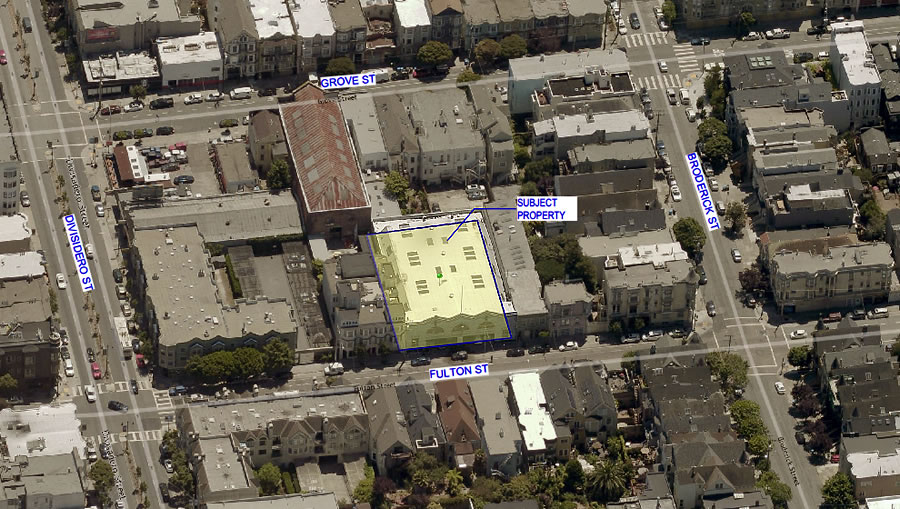 The façade of the F. Lofrano & Son auto body garage at 1355 Fulton Street is currently slated to be saved. But plans to level the bulk of the 14,000-square-foot building are in the works. And as envisioned and newly rendered by SIA Consulting below, a 72,000-square-foot development could rise up to nine stories in height upon the NoPa infill site.

While the 12,000-square-foot parcel is currently only zoned for building up to 65 feet in height, the project team is planning to leverage the State’s Density Bonus Program to achieve the additional 20 feet.

And as such, the development would yield a total of 75 apartments, with a garage for 36 cars, a storage room for 75 bikes and a 2,100-square-foot retail space fronting Fulton Street. 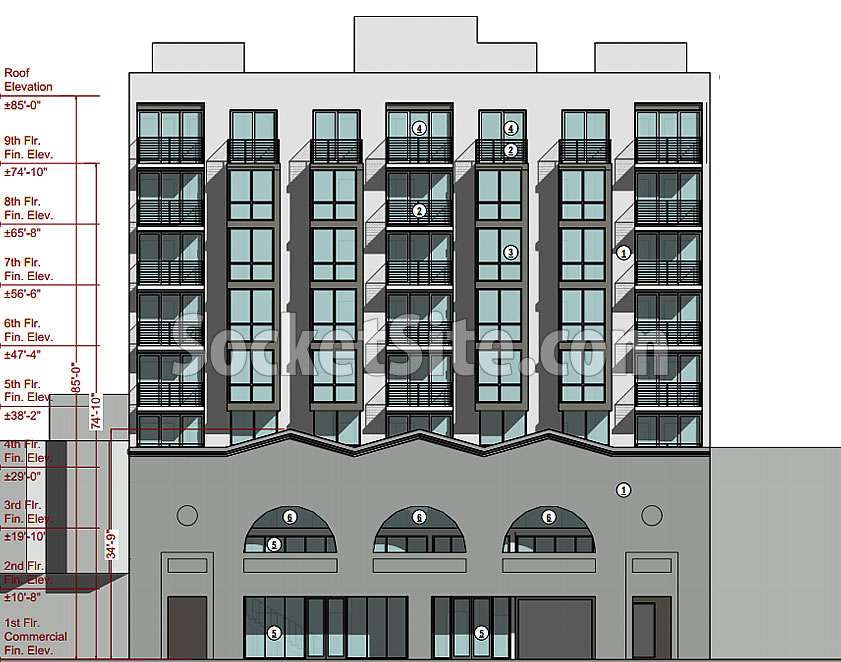 The formal application to entitle the 8-story addition, while preserving the garage’s potentially historic façade, has just been submitted to Planning. We’ll keep you posted and plugged-in.