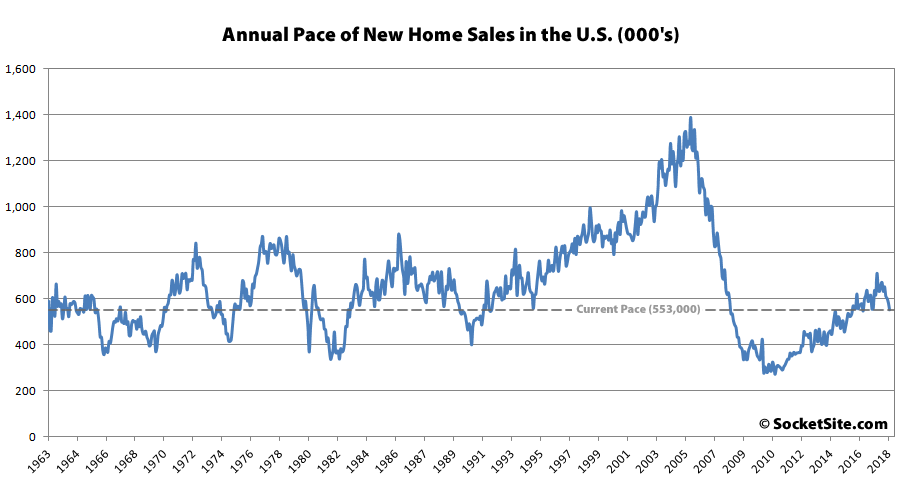 Having actually dropped a downwardly revised 3.0 percent in August, the seasonally adjusted pace of new single-family home sales in the U.S. dropped another 5.5 percent in September to an annual pace of 553,000 sales which is 15.1 percent below the long-term average for this time of the year and 13.2 percent lower versus the same time last year. 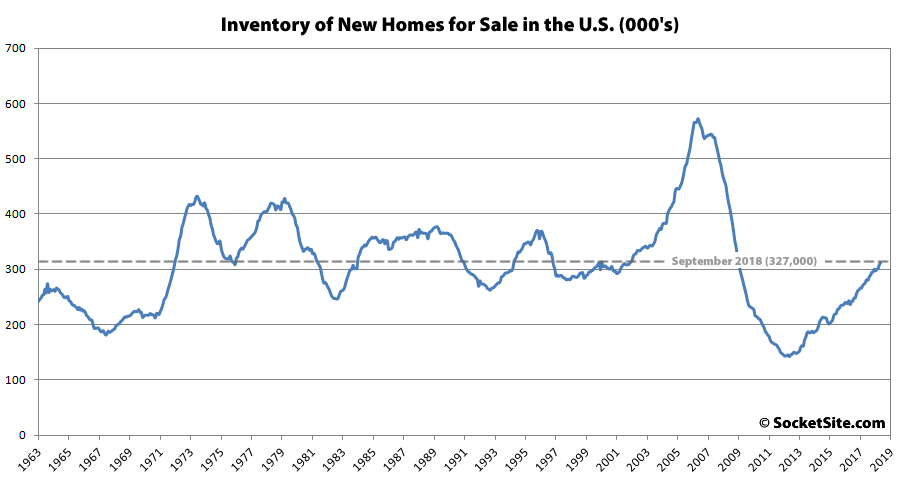 And having dropped a downwardly revised 6.0 percent in August, the annual pace of new single-family home sales in the West dropped another 12.0 percent in September to 139,000 transactions and is now running 15.8 percent lower on a year-over-year basis.