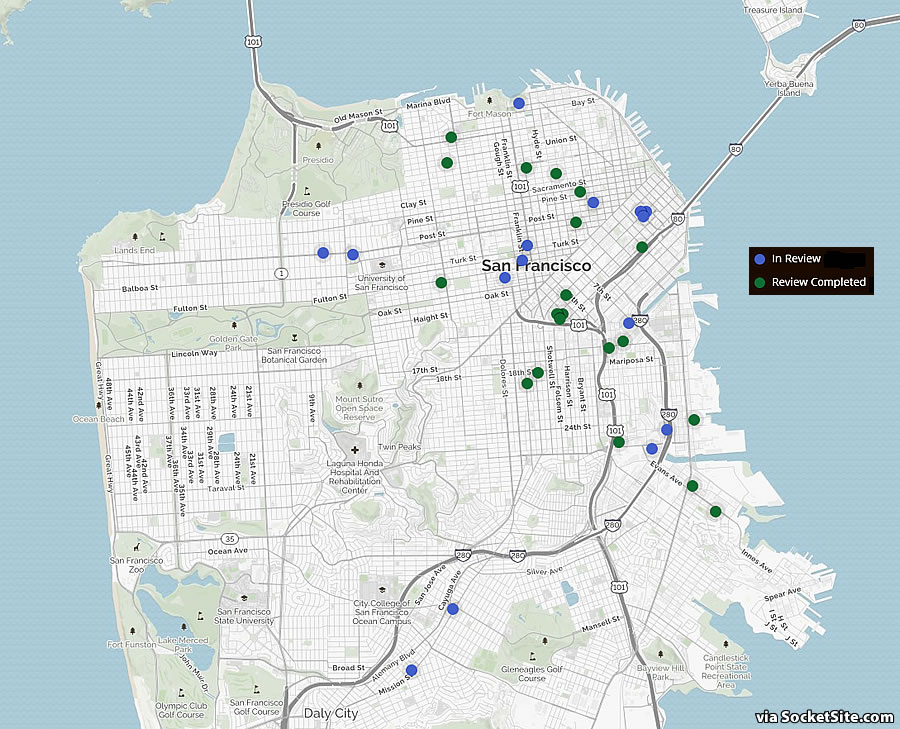 And with around 30 preliminary proposals for major projects in the city having been submitted to San Francisco’s Planning Department since the beginning of the year, which is the fewest in the first nine months of a year since 2011, and 53 percent below the average since, we remain on track for a seven-year low in new proposal activity as newly mapped above.

At the same time, with an even greater slowdown in the number of already approved projects actually breaking ground, the pipeline of potential apartments and condos to rise in San Francisco hit a record high in the second quarter of the year and the inventory of existing homes on the market is at its highest level since 2011 while sales recently dropped to a seven-year seasonal low.

Even Less Height, More Density for Approved Tower as Proposed