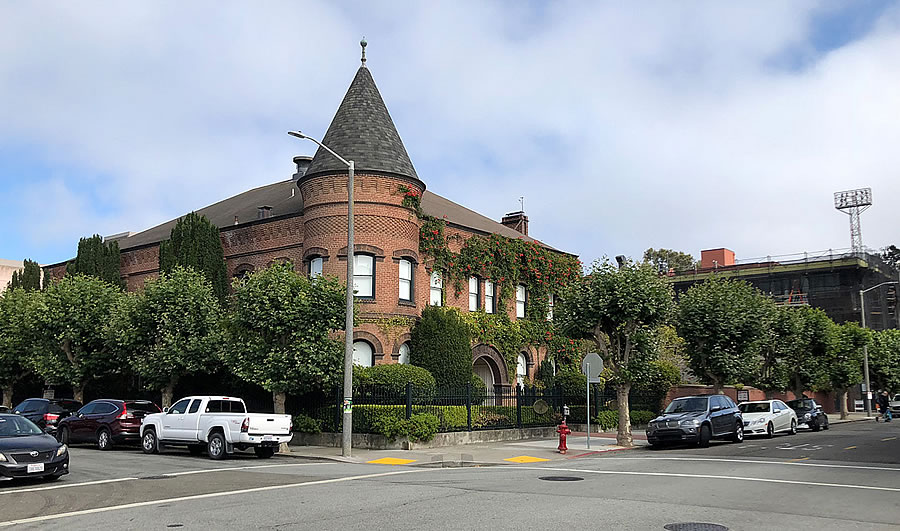 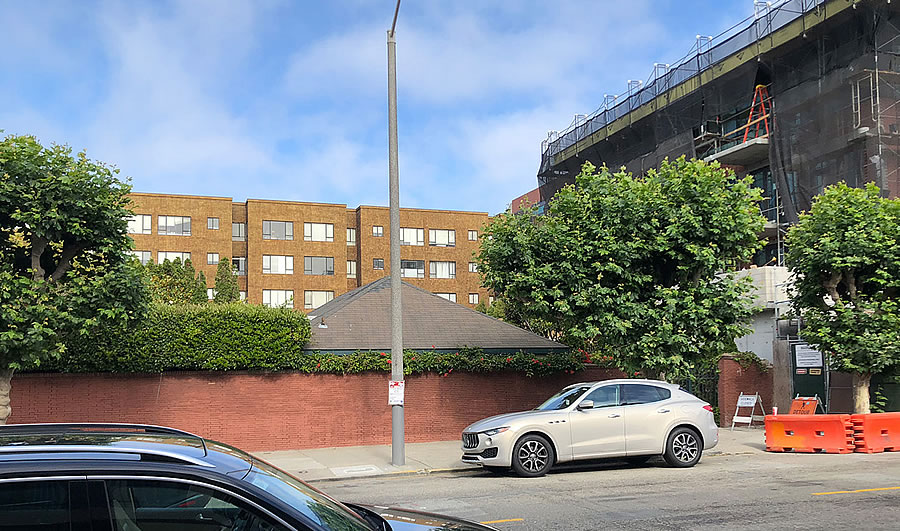 The plans for a four-story building to rise on the southern end of the historic San Francisco Gas Light Company’s parcel in the Marina, where a former workshop addition flagged 3620 Buchanan Street currently sits, has been redesigned by Ian Birchall and Associates.

Originally envisioned as a mix of six residential condos over two floors of commercial space and a storage room for six bikes, the new design would yield eight residential units (a mix of four one-bedrooms, three twos, and one three), with off-street parking for eight bikes and one handicap accessible van/car space. 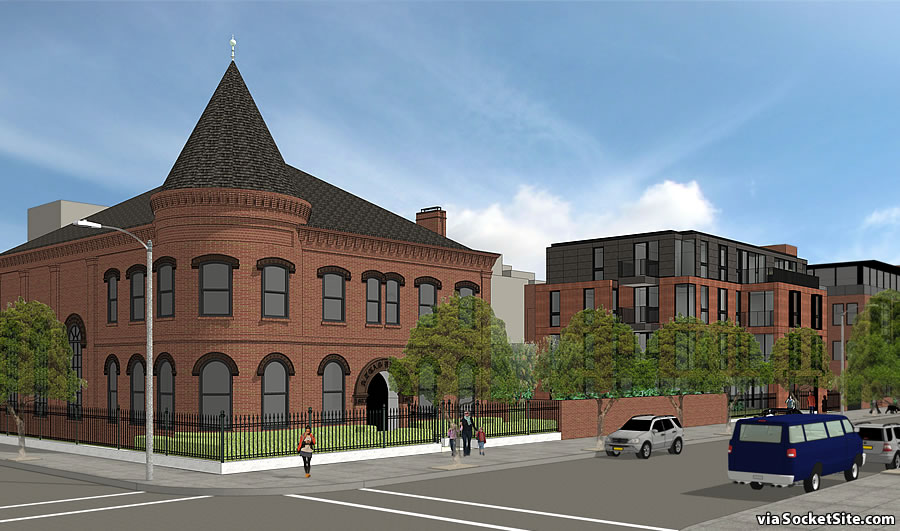 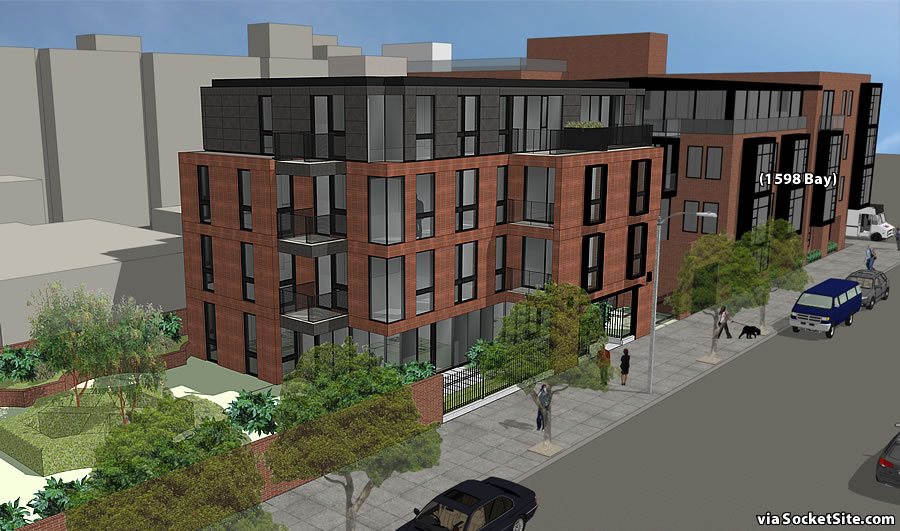 And the proposed building’s finishes have been revised in an attempt to be more “compatible” with both the adjacent landmark building and the new four-story infill building finishing up construction on the former gas station site at 1598 Bay Street next door. 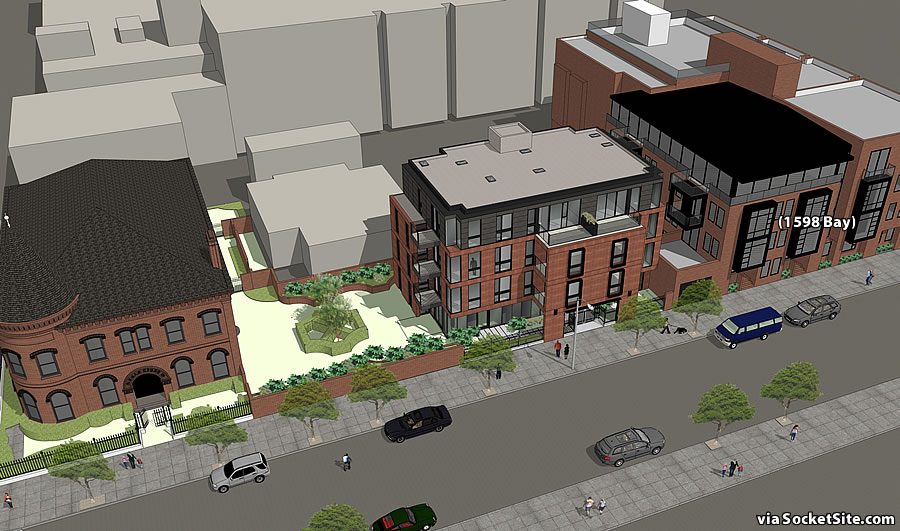 Speaking of which, from the legal team representing said new development next door:

“1598 Bay is strongly opposed to the Project because it compromises an important historic landmark designated by the Board of Supervisors in Ordinance No. 12-74 on January 4, 1974, known as Merryvale Antiques (“Landmark No. 58″), violates the Planning Code in numerous ways, and the design ignores various Residential Design Guidelines and good neighbor policies.”

With respect to the aforementioned design and good neighbor policies:

“If the proposed Project moves forward as constructed, a dark tunnel will result that provides minimal access to light and air to the abutting residential units in 1598 Bay’s residential development.

The Project’s materials and design are also of concern. First, the Project has included windows that will face directly into the adjacent residential units of 1598 Bay, which causes significant privacy issues for those residents. Second, the Project’s rear building façade will be an eyesore for decades to come if it is built as it is currently designed: a windowless, unattractive stucco wall, directly visible from both 1598 Bay and the building to the east (Marina Cove Apartments).”

And with respect to the plans for providing only one off-street parking spot for the eight new units, in light of “the fact that residents of the [proposed project] are…likely to be car owners and will need a place in which to park their car,” and “the proximity of other residential projects in the neighborhood…already crowd very limited on-street parking,” the owners association for 1598 Bay is formally opposed to the granting of any variance to San Francisco Planning Code Section l 51(b) which requires a minimum of one off-street parking space per dwelling unit upon the site.

The Opening of San Francisco's New Transit Center is Here