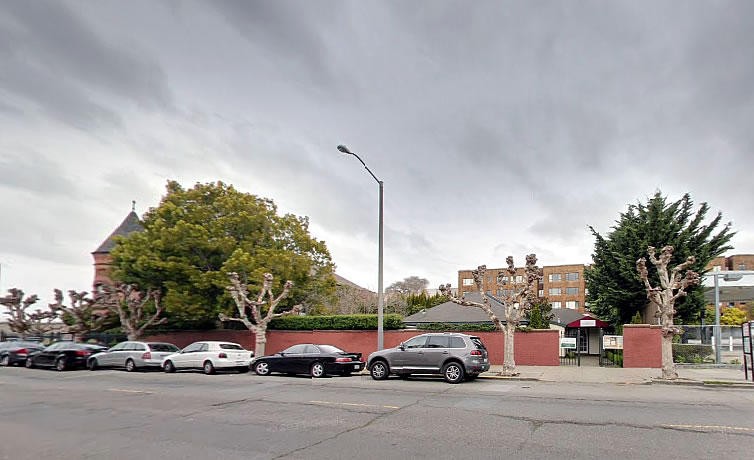 And as envisioned by Sutro Architects, a four-story building will rise on the southern end of the Marina District lot, with six residential condos over two floors of commercial space and a storage room for six bikes (the garage entrance is for the development next door): 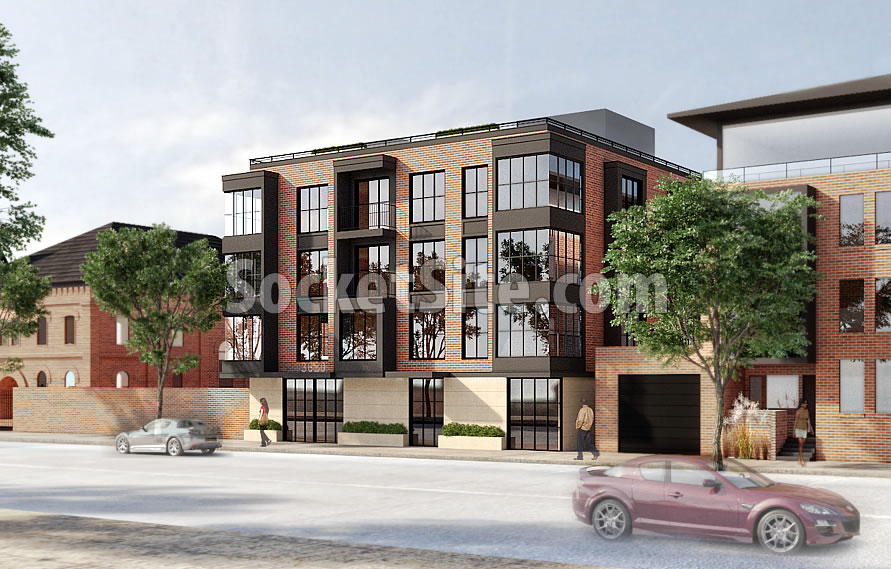 And while the proposed development wouldn’t touch the Gas Light Company building, which is also known as the Merryvale Antiques building and is San Francisco Landmark #58, it would shrink the common garden by 15 feet.