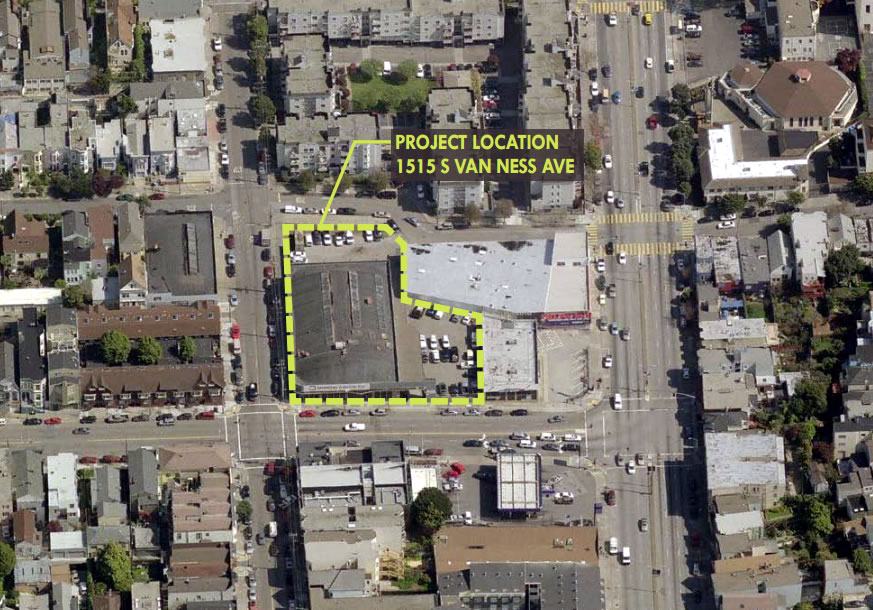 The design for Lennar’s proposed 157-unit Mission District development to rise up to six stories in height at 1515 South Van Ness Avenue, replacing the shuttered McMillan Electric Company building on the site, has adopted a more traditional versus modern look. 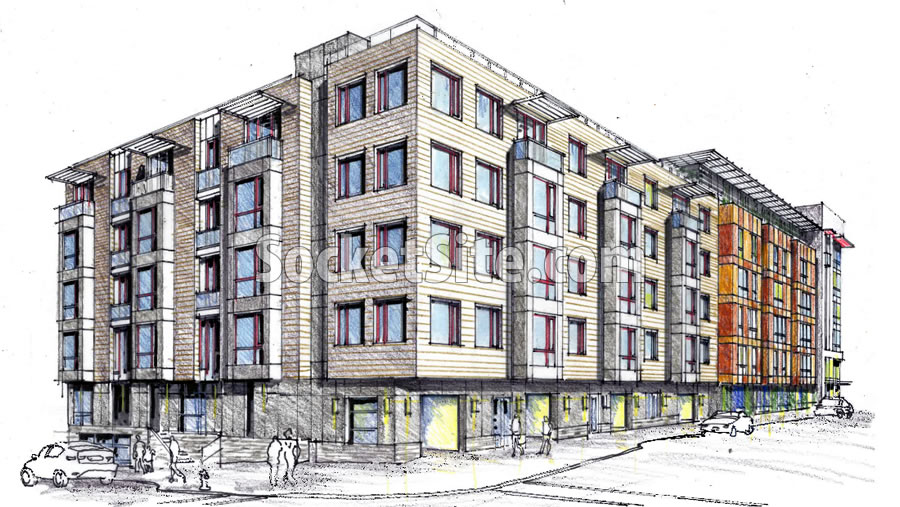 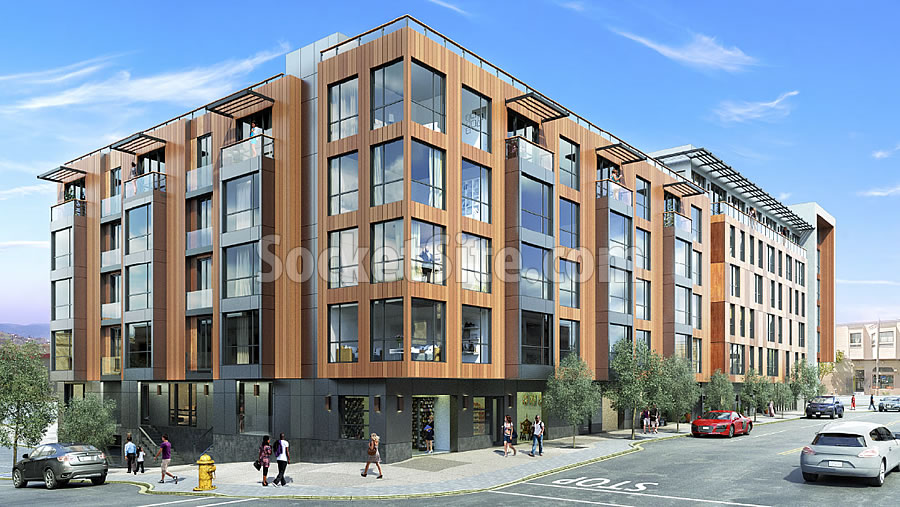 As designed by BDE Architecture, the proposed development will rise to a height of 65-feet along South Van Ness, stepping down to five stories and 55-feet in height at the corner of 26th and Shotwell, with units ranging in size from 399-square-foot studios to 1,254-square-foot two-bedrooms. 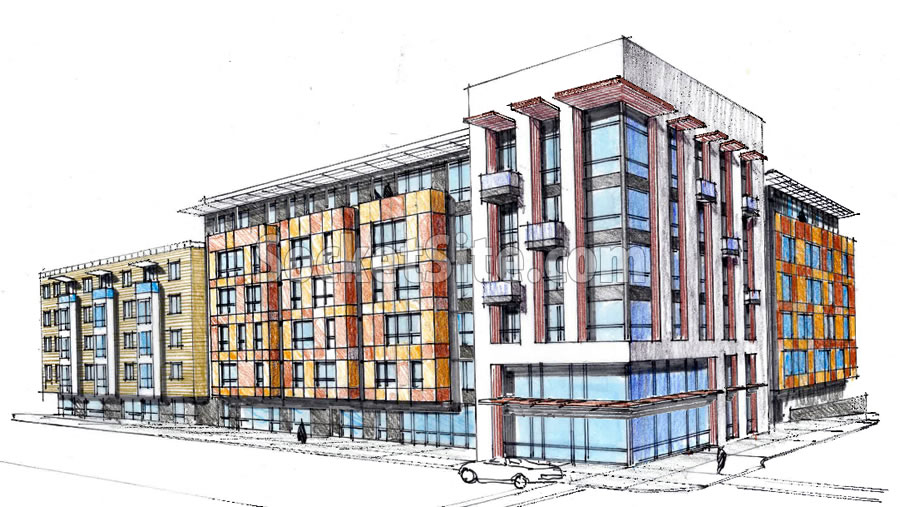 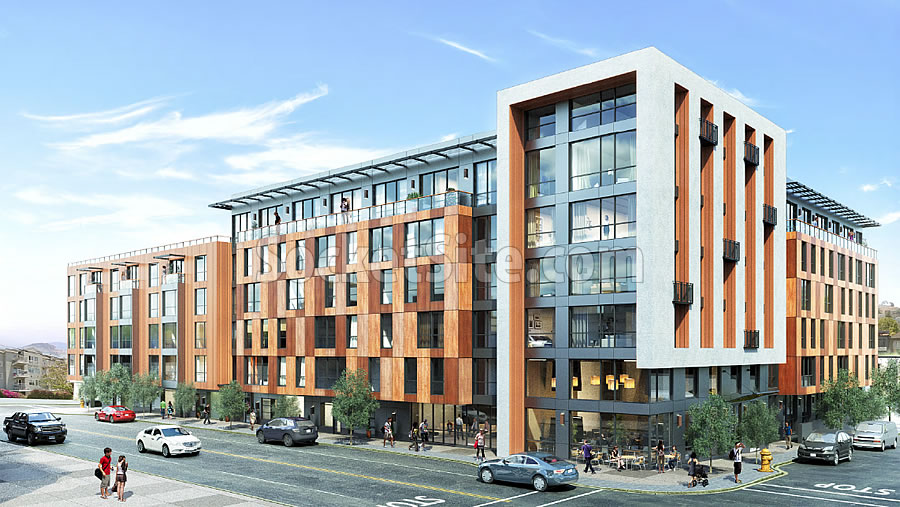 In addition to a 1,100-square-foot retail space at the corner of Van Ness, the plans include six small “trade shop” spaces along 26th Street (and an underground garage for 79 cars and 150 bikes).

And if approved by San Francisco’s Planning Commission on Thursday, the development would take roughly two years to build and 12 percent of the 157 apartments will be offered at below market rates. But note that the paperwork for the project’s demolition and building permits has yet to be filed.