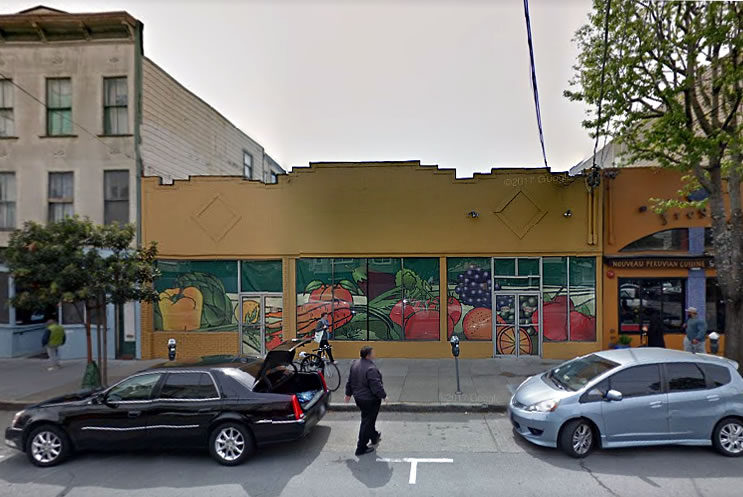 And with no set price, the property is expected to be sold to the highest bidder, regardless of their plans for the site which is zoned for development up to 40 feet in height.”

As we then revealed this past January:

“While the property hasn’t yet changed hands, a permit to pour a new concrete floor, versus start demolishing the building, has since been approved. And in addition, the paperwork to secure a Type 20 liquor license, which would allow for the retail sale of beer and wine, has been received by the City.”

And lo and behold, the formal application to simply divide the existing grocery store space into 3 smaller retail units has now been filed. 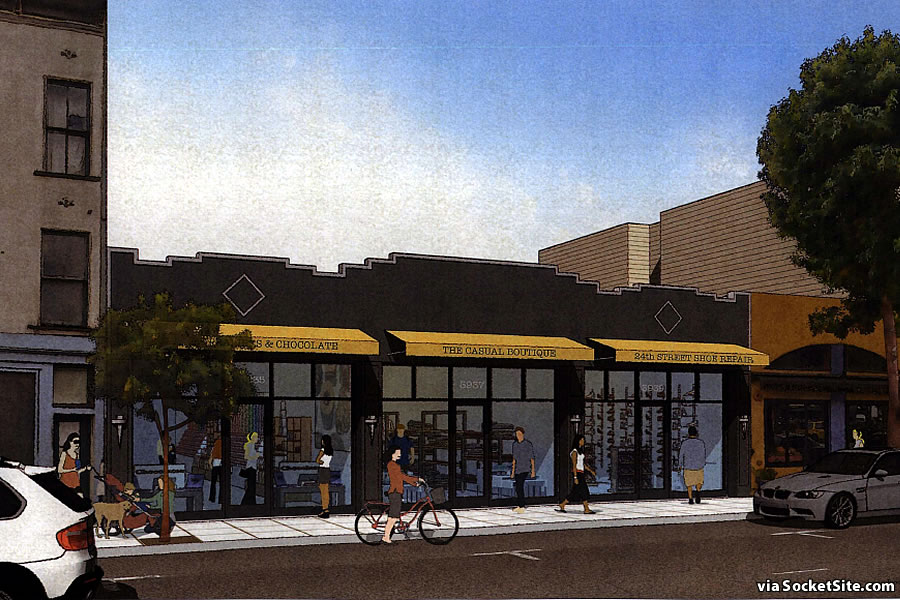 The establishments in the rendering are simply illustrative and the actual tenants have yet to be identified. And in terms of longer-term plans to completely redevelop the site, there are none in the works.