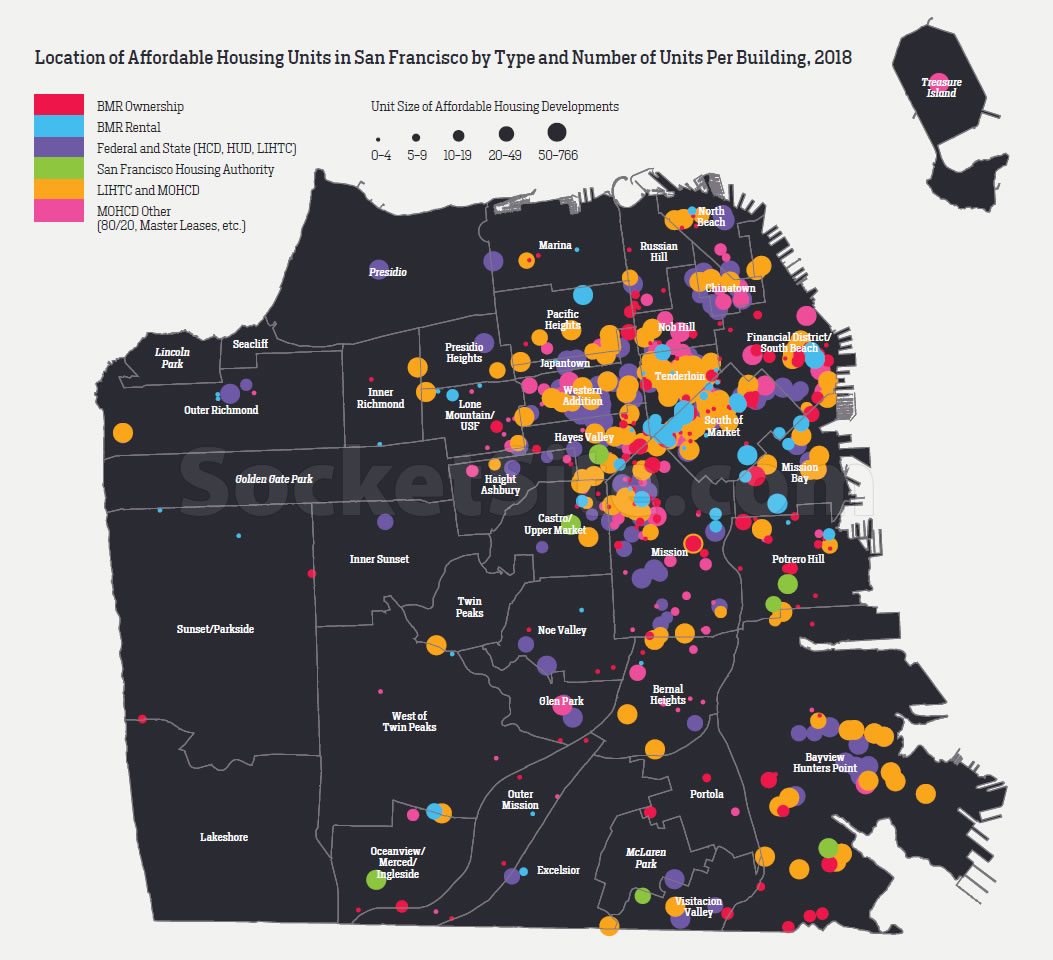 Intended as a foundational element to help guide a new Housing Affordability Strategy (HAS), polices and plans for the city, the first edition of a new Housing Needs and Trends Report (HNTR) will be released to the public on July 12.

A couple of key findings and statistics from an executive summary which will be presented to San Francisco’s Planning Commission next week:

1. As mapped above, 60 percent of San Francisco’s 33,000 units of affordable housing are concentrated in just five (5) neighborhoods on the eastern side of the city, with 18 percent in the Tenderloin; 12 percent South of Market; 11 percent in Western Addition; 11 percent in Bayview Hunters Point; and 8 percent in the Mission.

2. A little less than half (48 percent) of the city’s 362,000 residential units are either single-family homes (27 percent) or within the walls of multi-unit buildings with four units or less (21 percent). 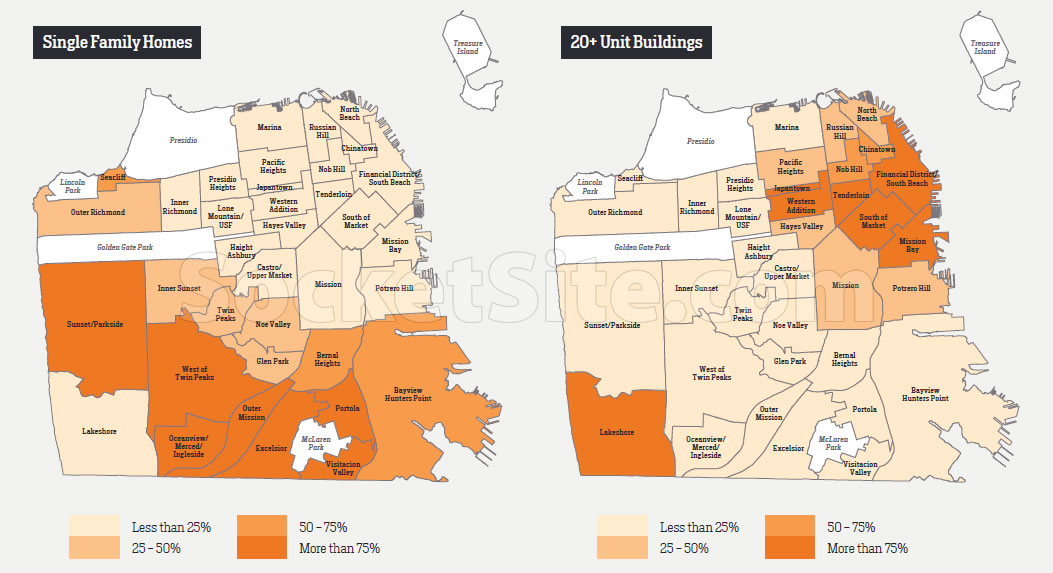 UPDATE (7/12): The complete Housing Needs and Trend Report (2018) is now available for perusal.