Draft Plans for a Boutique Hotel with Rooftop Bar on Lombard 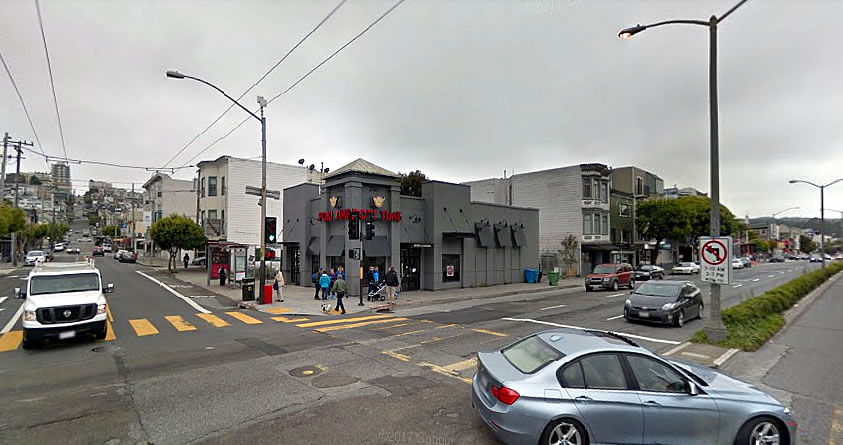 Plans to raze the former KFC/Taco Bell turned Poke Time building on the southwest corner of Lombard and Fillmore, which was deemed “a fixture within the Marina District neighborhood” when it was rebuilt back in 2005, have been in the works since 2015.

And as formally proposed, a four-story building with nine two-bedroom condos over 3,000 square feet of ground floor retail space and an underground garage for 12 cars would rise up to 40 feet in height on the site, as we first reported at the time.

That being said, while formal plans have yet to be submitted to Planning, the project team is now exploring the possibility of building a four-story hotel, rather than condos, upon the site.

And as envisioned, the development would include a new rooftop bar and/or restaurant, a required zoning change for which is slated to be considered by San Francisco’s Planning Commission next week.

Complaints Related to Illegal Airbnb-Ing in S.F. Continue to Drop