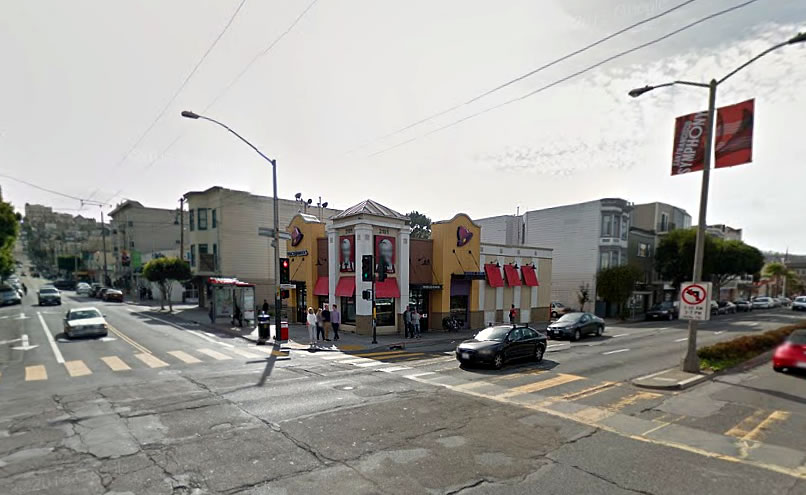 Rebuilt in 2007 but having occupied the southwest corner of Lombard and Fillmore for over forty years, plans to demolish the freestanding KFC/Taco Bell building at 2101 Lombard Street are in the works.

As proposed, a five-story building with nine (9) two-bedroom condos over 3,000 square feet of ground floor retail space and an underground garage for 12 cars will rise up to 40-feet in height across the site, with 8-foot ceilings on the residential floors. 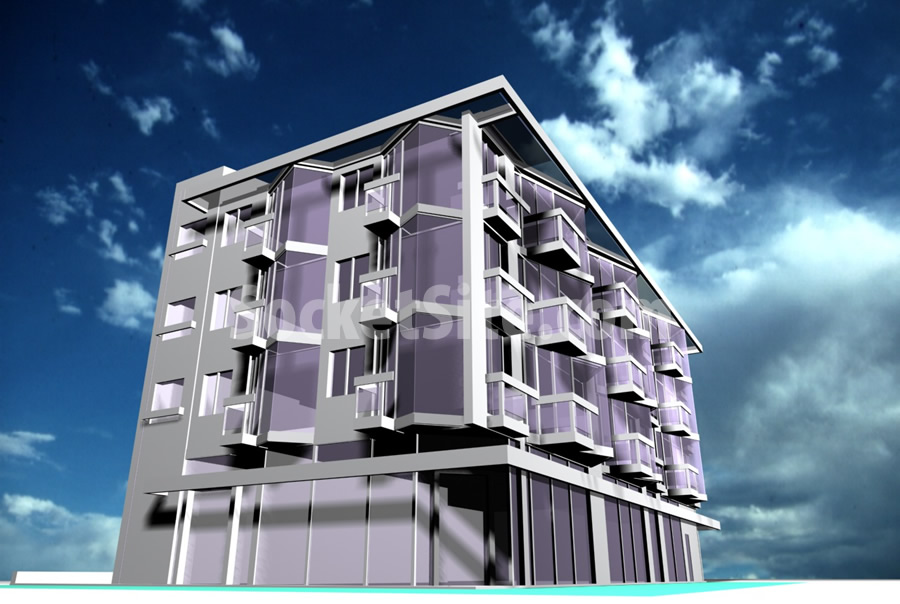 A rooftop deck and a patio over the garage entrance off Fillmore would serve as open space for the residents. 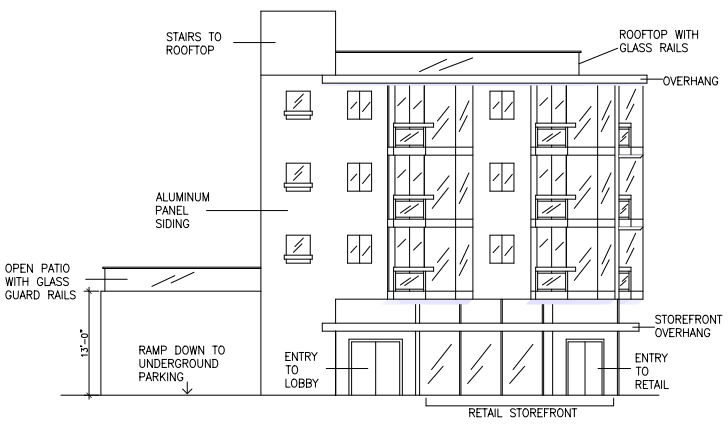 While not historic, the KFC was deemed “a fixture within the Marina District neighborhood” and “a traditional dining spot for local residents and for local business patrons as well as tourists,” with a “menu and service that the patrons have come to expect,” when the application to rebuild the original Kentucky Fried Chicken on the site was approved at the end of 2005.

We’ll keep you posted and plugged-in as the new plans progress.