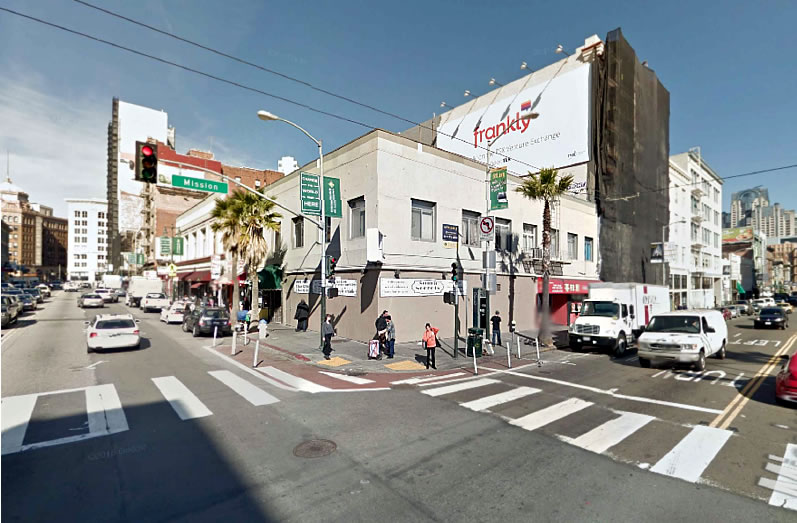 The second floor of the two-story building on the northeast corner of Sixth and Mission is currently The Balmoral South, a 29-room residential hotel (a.k.a. SRO) with a sex shop (Soma Secrets) and a couple of restaurants (Spicy Garden, Supremo Pizza and Jenny’s) below.

And while San Francisco’s Planning Code doesn’t allow for the overall number of residential hotel rooms in the city to be reduced, the owner of the building has a plan to level the existing building and raise a 105-room tourist hotel in its place.

The proposed development would shed the 93 Sixth Street hotel address and rise 8-stories at 996 Mission Street, with 5,600 square feet of new restaurant/retail space along Mission and Sixth.

And in order to meet the City’s conservation of residential hotel rooms requirement, the project sponsor is proposing to technically transfer the 29 SRO rooms three blocks south to the existing Raman Hotel at 1011-1019 Howard Street.

The problem with the plan, the Raman Hotel is leased to the Tenderloin Housing Clinic and is already operating as an approved, and fully-occupied, residential hotel for formerly homeless seniors.

We didn’t say it was a good plan, but the intent is clear.