With around 3,000 units of housing expected to be built in Dogpatch over the next decade, not including another 2,700 units which could eventually rise on the Potrero Power Plant site, the population of the neighborhood is expected to soon double, if not triple.

And with that in mind, a comprehensive Central Waterfront / Dogpatch Public Realm Plan – which is intended to both guide and prioritize the development of new neighborhood public spaces, streetscapes and parks – has been in the works since 2014, the final draft of which is slated to be presented to San Francisco’ Planning Commission in two weeks time.

Three core tenets form the foundation of the plan:

1. A network of complete streets: “Dogpatch Streets should be complete in all senses of the word: broken links in the street grid should be closed, and areas with new residential and commercial growth should include the amenities serving higher pedestrian and bicycle use. Pedestrian and cyclist connections to adjacent neighborhoods, new waterfront parks, and neighborhood institutions should be comfortable and safe.”

2. A diversity of high-quality open spaces: “As the neighborhood continues to grow with new residents and workers, informal open spaces should be upgraded, expanded, and multiplied alongside existing formal parks. Renovations should accommodate diversifying user needs, upgrades to facilities and furnishings, and night time safety. New open spaces should be implemented throughout the plan area, giving more equal and ready access to recreational facilities.” And,

3. A landscape expressive of unique history and character: “Streetscape and open space designs should be responsive to immediate land uses, and endeavor to highlight remnant warehouse architecture and other historic fabric. Rather than draw on standard solutions found ubiquitously throughout the city, designs, materials and furnishings in the public realm should also borrow from industrial forms and palette. Key historic buildings associated with past institutional use should also be adaptively reused to serve new needs.”

As mapped below, enhanced pedestrian connections are envisioned to be concentrated in the northern portions of the plan area, where residential and commercial land uses are most prevalent. 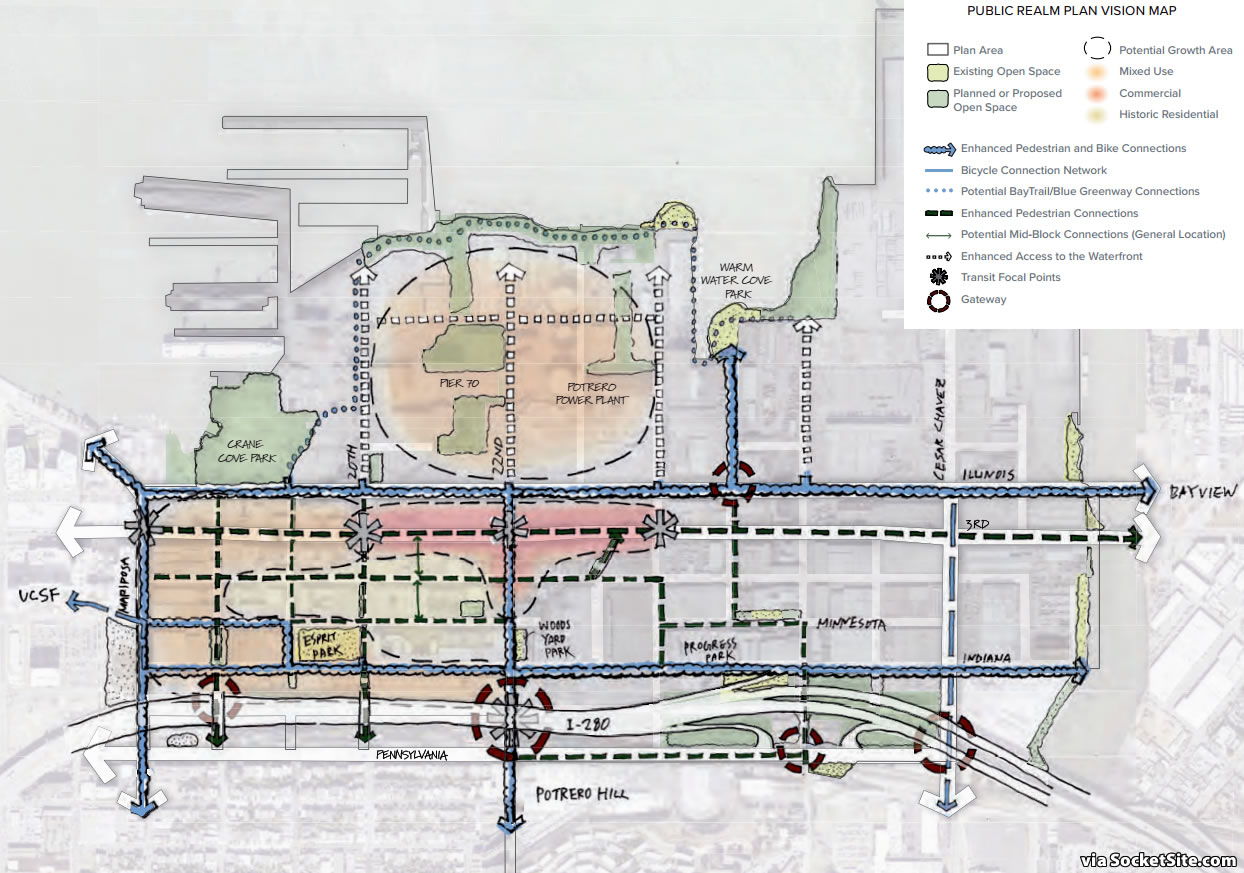 And the largest open spaces are to be arrayed along the bay’s shoreline, making east-west streets – especially those providing connections to the adjacent Potrero Hill neighborhood – even more important, with 18th, 20th and 25th Streets becoming connectors to large waterfront open spaces, such as the future Warm Water Cove Park as newly rendered below. 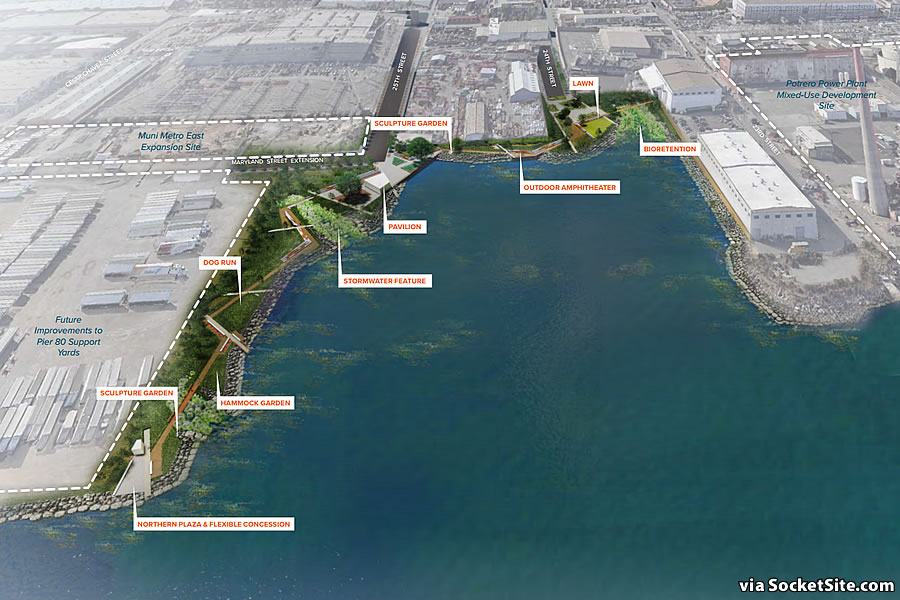