While running a few years behind schedule, the three alternatives and two design options for redesigning the 2.2‐mile segment of Market Street between Octavia Boulevard and The Embarcadero, with the stated goal of revitalizing and improving San Francisco’s busiest pedestrian street, bicycle thoroughfare and transit corridor, “making it safer and easier for people to get around and creating a vibrant and inclusive destination where people want to live, work and visit,” have been consolidated into a master Better Market Street plan.

From San Francisco’s Planning Department, which has just commenced the formal environmental review required to proceed:

In general, the proposed project would continue to provide four travel lanes on Market Street, with two center lanes and two curb lanes between Franklin and Beale streets. More than four lanes west of Franklin Street and three lanes east of Beale Street would be provided. The width of the vehicular travel lanes would remain approximately the same as existing conditions. 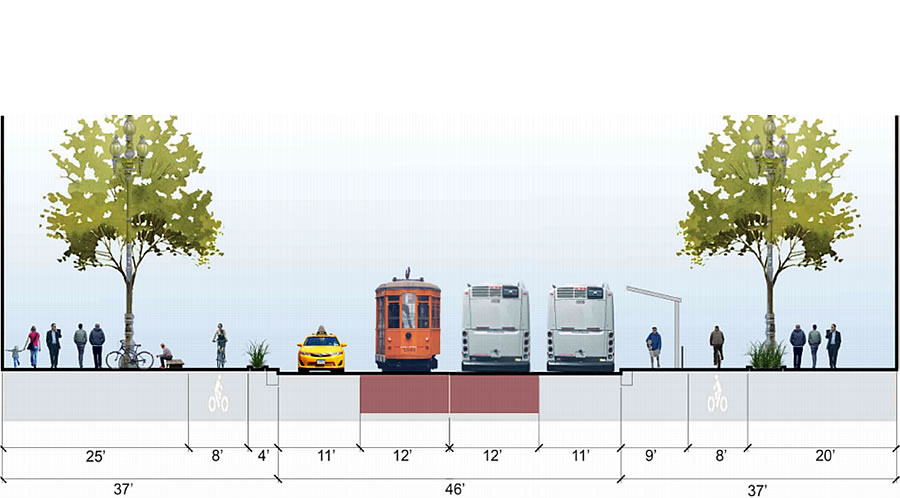 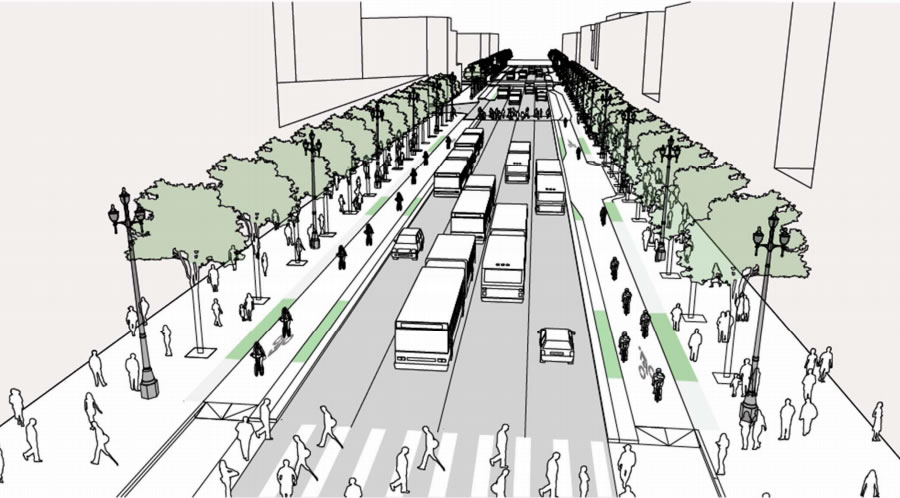 And if all goes as now envisioned, the Environmental Impact Report (EIR) for the City’s Better Market Street project, which kicked-off in 2011, should be released around the end of this year, the project could be approved in mid-2019, and the ground for the first segment of the project, from Sixth to Eighth, could be broken in 2020.