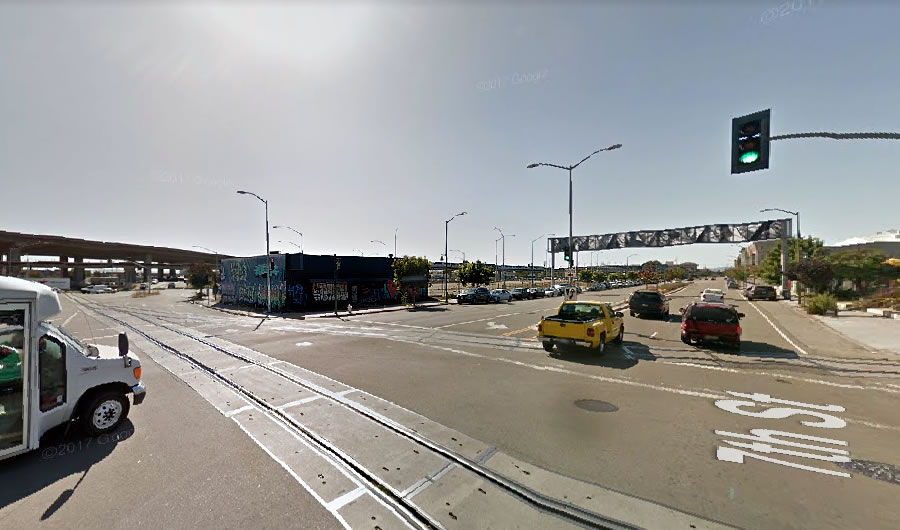 Facing pushback from Oakland’s Planning Department with respect to the “monotonous and bulky massing” of the proposed 1,032-unit “Hub” development to rise up to 23 stories in height upon the 3-acre Caltrans lot across from The Crucible and a block from the West Oakland BART station, and that the project was “not [designed] to provide an inviting site plan with a rich public-private interface,” the plans for the 500 Kirkham Street project have since been revised as newly rendered by Lowney Architecture below. 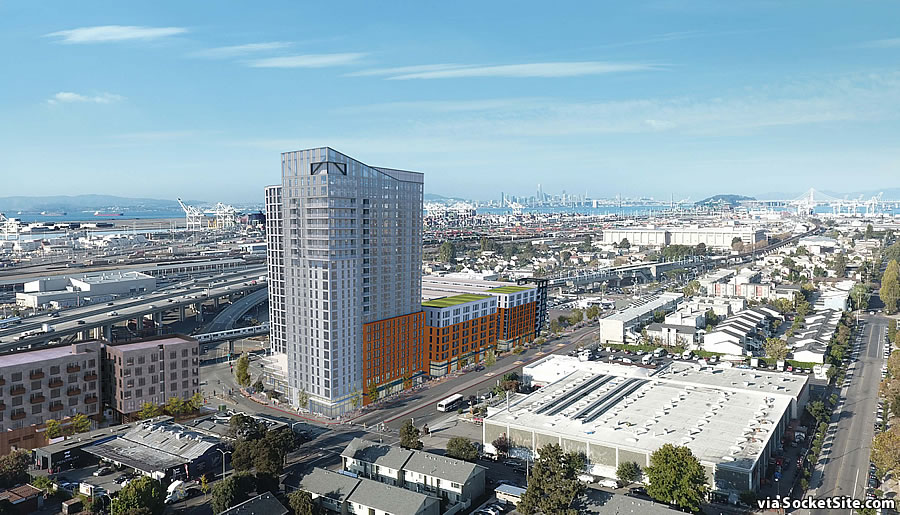 The high-rise portion of the development has been redesigned, with a slightly stepped back plane, new colors and finishes, and an integrated metal screen element and angled crown. 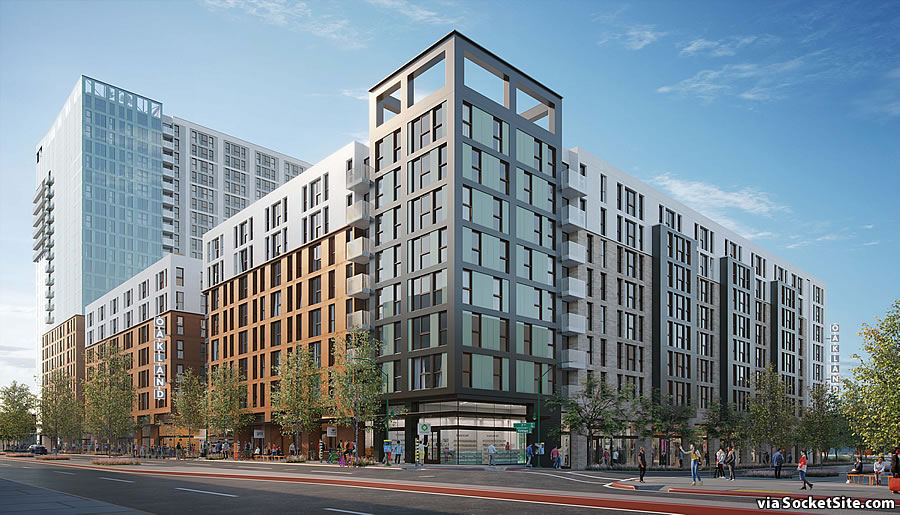 The mass of the mid-rise buildings remain relatively the same, but with new windows and finishes, semi-recessed balconies, additional roof-top open space, a design element at the corner of Kirkham and 7th Street, and a refined look for the two mid-block pedestrian/retail passages as well. 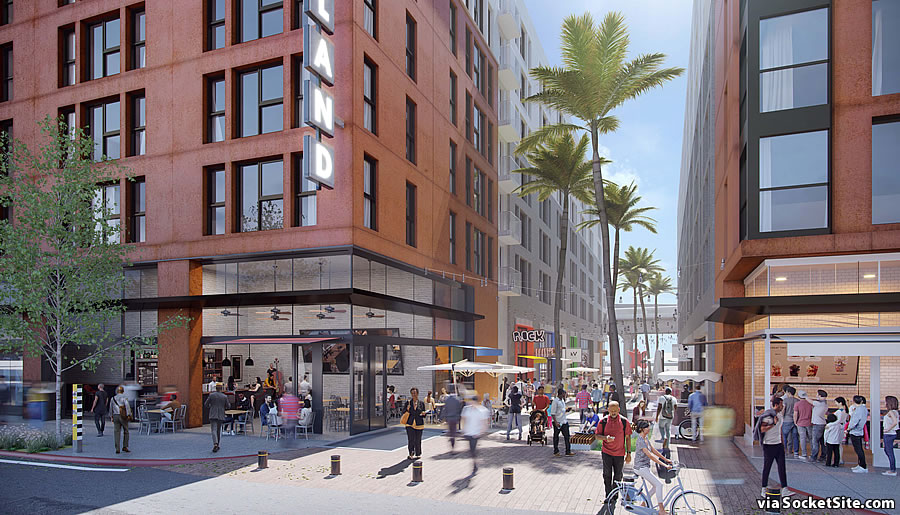 And murals now adorn the ends of the mid-rise buildings along 5th Street, as would be seen from BART above. 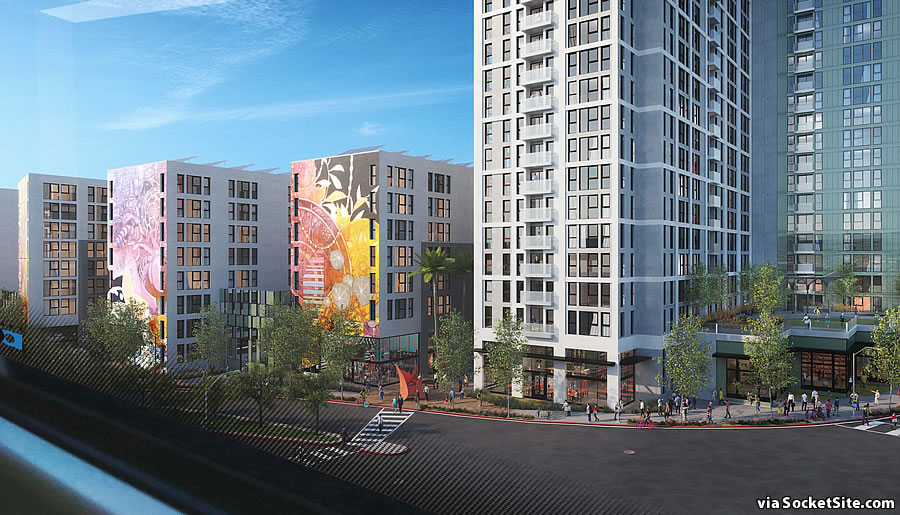 According to the Planning Department’s initial review of the revised plans, which are to be presented to the City’s Design Review Committee this week, while the revisions “are an improvement,” the department’s staff believes that “further development is needed to break up the massing of the buildings,” and that revisions to the high-rise “do not quite reflect the intent for creating a design quality building for this prominent site.”

As such, while the Department’s staff “can entertain and support the mid-rise buildings” with specific recommendations for additional refinements, their support for the high-rise would require “further design review.”

And terms of the proposed number of off-street parking spaces for the development’s residents, it remains at zero (0) versus a minimum of 361 as required by Code, which “may be of a concern in the surrounding neighborhood” but which the project team is planning to get waived by way of a Density Bonus concession.

Pace of New Home Sales above Average in the U.S., Jumps out West