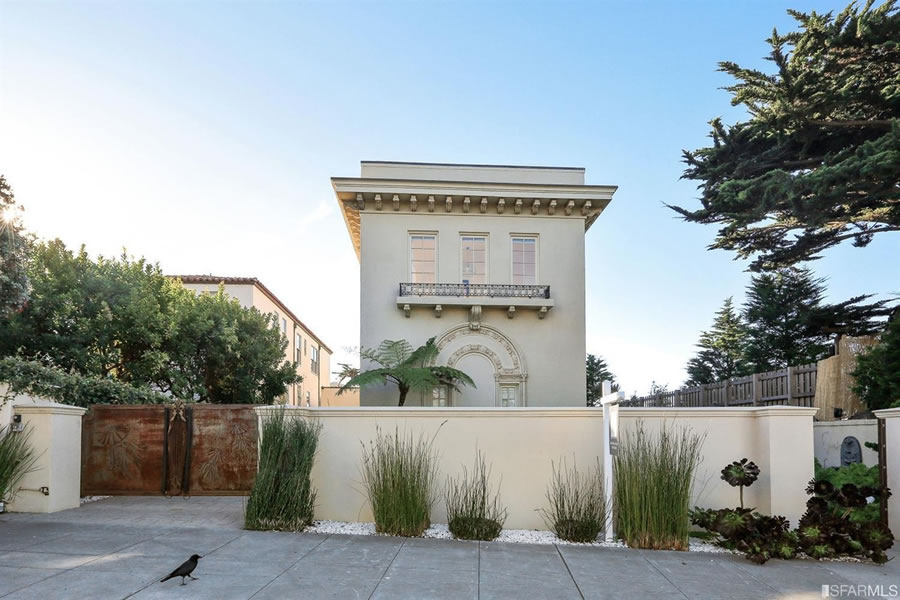 Having been reduced from $16 million to $14 million in one fell swoop earlier this year, the listing Kirk Hammett’s 4,200-square-foot home at 308 Sea Cliff Avenue was officially withdrawn from the MLS a few months ago without a reported sale.

And this afternoon, 308 Sea Cliff Avenue was listed anew with an official “1” day on the market and a non-reduced, according to all MLS-based stats, list price of $13 million.

At the same time, the adjacent 5,200-square-foot home at 320 Sea Cliff Avenue, which is also held in trust by Metallica’s attorney, Howard E. King and had been listed for sale on the same day, and by the same agent, as 308 Sea Cliff Avenue and sports a selection of horror film posters (which Hammett is known to favor) and a guitar (ditto) in its lower-level media room was just withdrawn from the MLS without a reported sale as well.