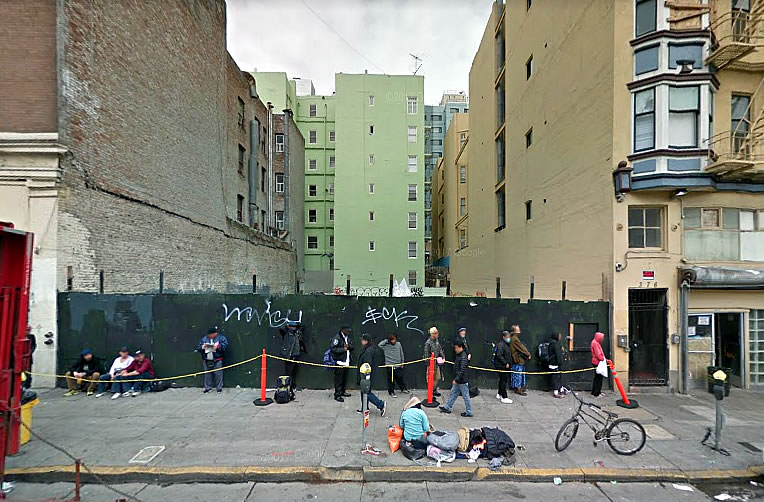 Plans to level the former Buddhist temple and art gallery at 380-386 Ellis Street and develop an eight-story building upon the central Tenderloin site, with 53 units of group housing over a new religious/educational space and a stacked garage for 8 cars, were approved back in December of 2002.

The proposed garage was subsequently eliminated from the plans, with its entrance envisioned to become a small retail space. And the aforementioned single-story, brick temple on the site was razed in 2005.

But the approved development never materialized and the permit application for the project, which was filed in 2004, was formally cancelled by the City in 2011.

And with the family trustee of the site having met with the City to explore possibilities for the site earlier this year, the vacant parcel, which is zoned for development up to 80 feet in height, is now on the market with a list price of “$2.888 million.”

Oakland A's Ballpark Plan Could Be DOA Based on Board Vote