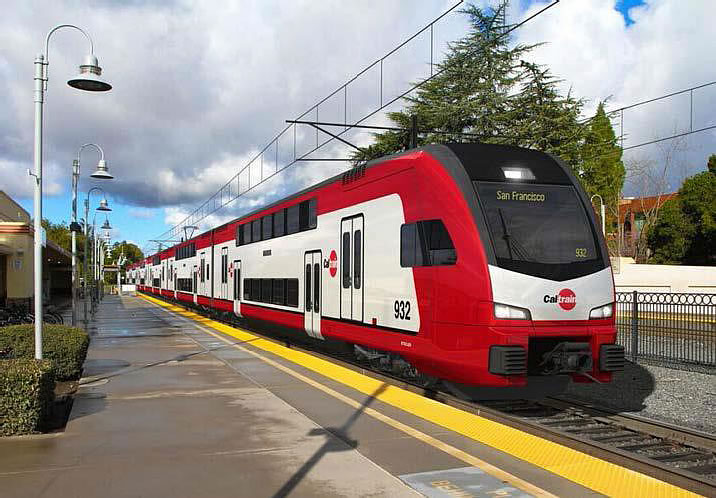 While the Caltrain electrification project officially broke ground this past July, at which point the electrified service was expected to be up and running by the second to last day of 2021, including five months of budgeted leeway for project risk factors, the latest forecast for completing the project has now slipped into 2022. And that’s assuming a significant reduction in the time previously allocated to pre-revenue testing of the service.

Prior to the latest progress report for the electrification project which was presented to Caltrain’s Board of Directors last week, the pre-revenue testing of the electrified service was expected to begin in September of 2020, a start date which has now been pushed back to September 2021.

And while the previous schedule had budgeted at least a year for pre-revenue testing of the line, the pre-revenue testing period has been reduced to seven months in order to finish the project (the Revenue Service Date) by April of 2022, and that’s not accounting for a previously unaccounted for risk with respect to full funding (the FFGA line below): 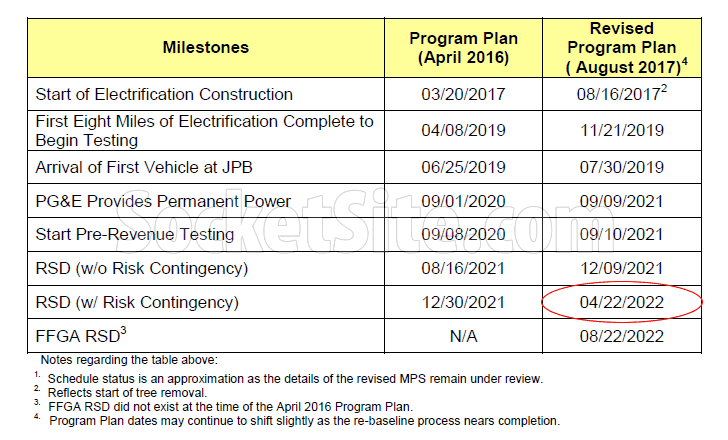 Once again, in addition to a whole host of environmental, operating cost and other benefits – such as setting the stage for High Speed Rail (HSR) and a downtown extension (DTX) to San Francisco’s Transbay Transit Center – the electrification project will significantly increase Caltrain’s capacity and ability to run more trains during peak hours.