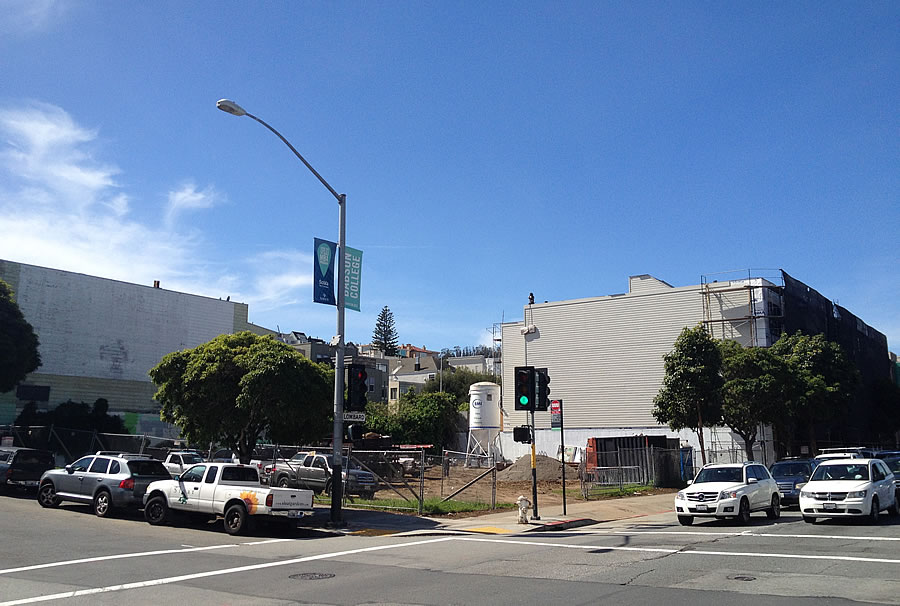 The plans for a contemporary four-story building to rise on the former Marina Chevron site, which was leveled over a decade ago, have been approved. The major appeal periods have passed. And the notice of a key in-fill-based exemption to allow the development to move forward without having to complete a lengthy environmental review has just been signed and submitted to the State. 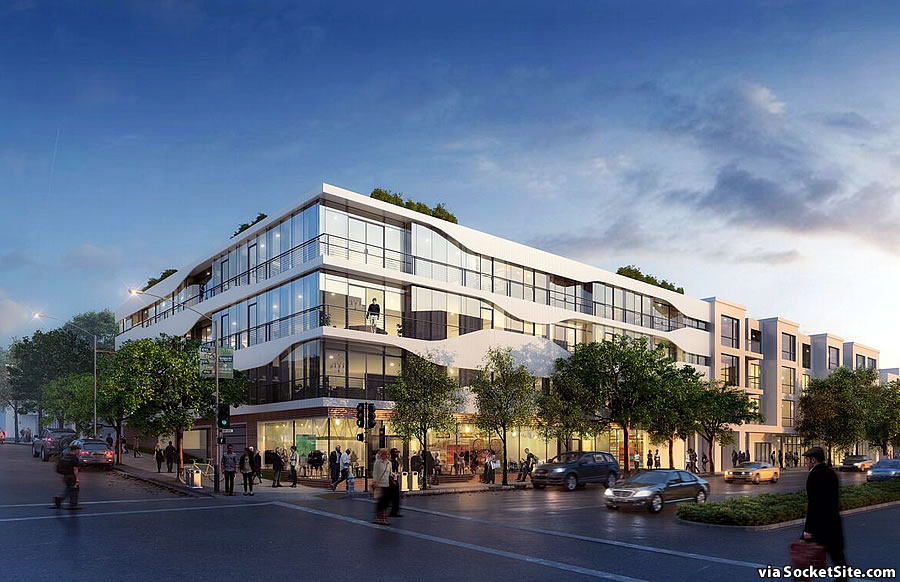 That being said, the building permit for the 2301 Lombard Street project, which includes 22 condos (a mix of 5 one-bedrooms, 13 twos and 4 threes) over 2,600 square feet of ground-floor retail space and a stacked garage for 33 cars, is less than a third of the way through the process of being approved, which means the possibility of DM Development breaking ground on the project by the end of the year is slim to none but a delivery of the units by the end of 2019 is still in the cards.