The building permits for the proposed three-story addition and residential conversion of the two-story Elbo Room building at 645-647 Valencia Street have been requested and triaged.

And the formal challenge filed by the owners of the 3-unit building behind the bar who were seeking to force a major redesign of the project is slated to be rejected this week, assuming the City’s Planning Commission follows the Planning Department’s recommendation.

Once again, the redevelopment would yield seven new apartments over a 517-square-foot commercial space fronting Valencia and a four-car garage with its entrance on Sycamore. 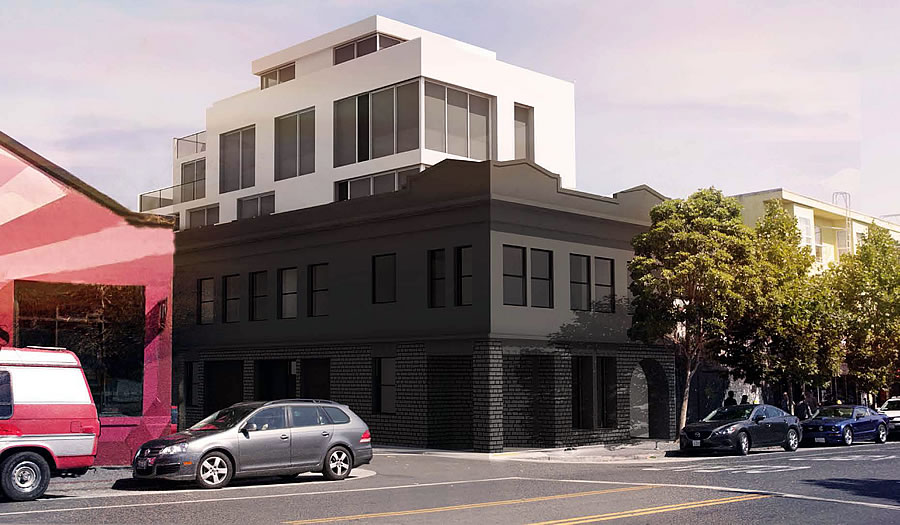 While the architects and project sponsor have agreed to a number of window and balcony to the development’s eastern façade to address a number of their neighbors’ privacy concerns, they’re planning to proceed without a reduction or relocation of the project’s overall mass. 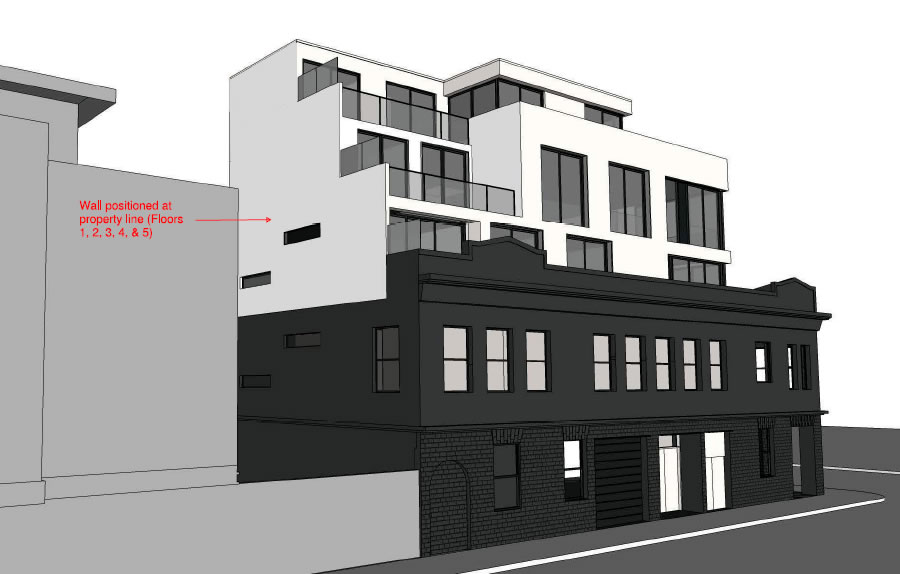 The Elbo Room’s lease ends at the end of this year.