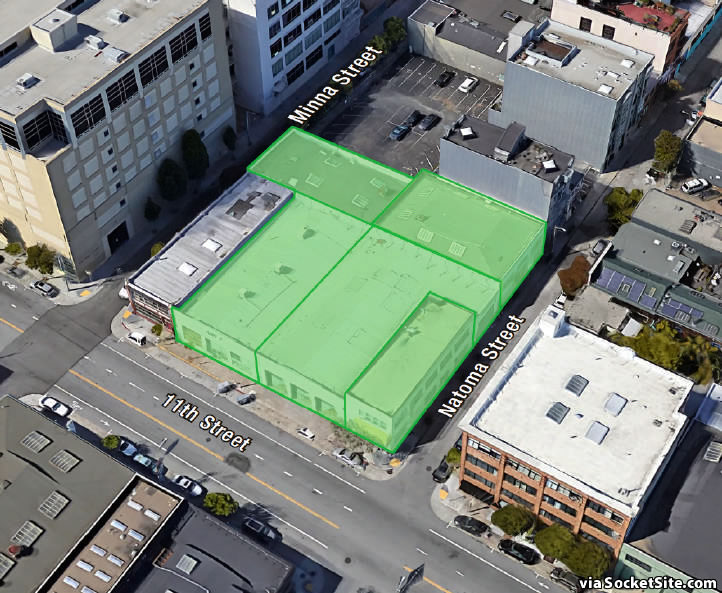 The City’s nearly $10 million deal to acquire the five Western SoMa buildings at 145-165 11th Street, 964 Natoma and 973 Minna Street could be approved by San Francisco’s Board of Supervisors tomorrow afternoon.

If approved and ratified, the five buildings would be placed under the jurisdiction of the City’s Recreation and Park Department, which plans to level the buildings to make way for a new half-acre park, which would be about the same size as Patricia’s Green in Hayes Valley, to be created.

The $9.825 million purchase, which includes an estimated $100,000 for closing costs which are to be paid by the City, is to be funded by way of the City’s Open Space Acquisition Fund which currently totals $11.2 million.

And while originally expected to terminate in 2024, the last of the existing commercial leases for the five buildings, all of which will be transferred to the City, is now slated to expire in September 2021.

San Francisco’s Supervisorial District 6, of which SoMa is part, has the least amount open space of any District in the city.