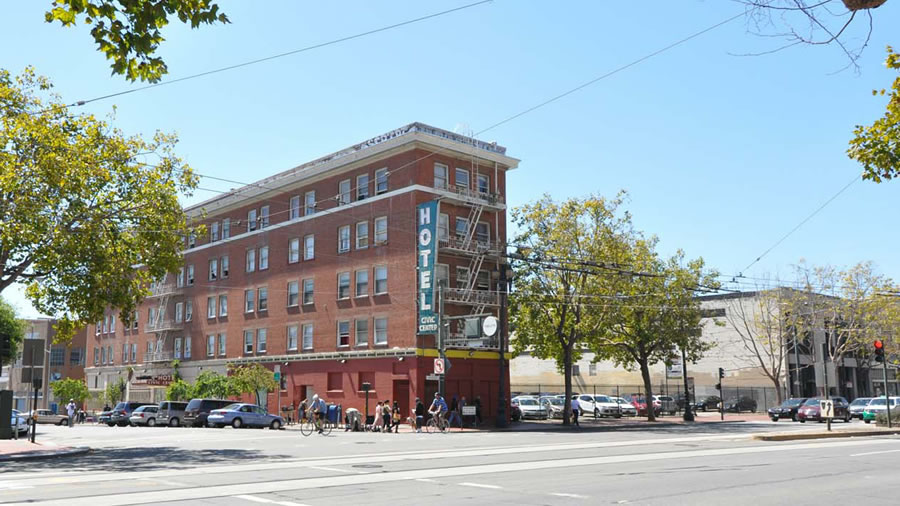 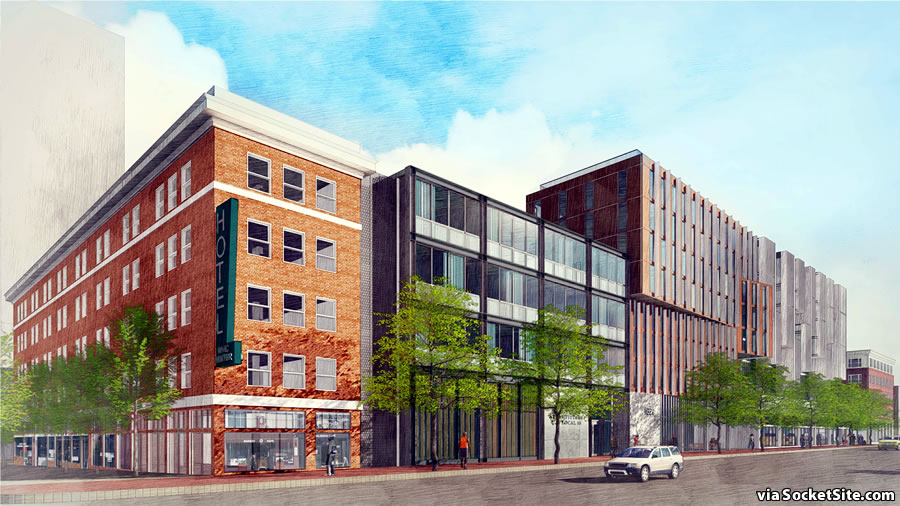 The Draft Environmental Impact Report (DEIR) for the proposed 584-unit development to rise up to ten stories in height across the Market Street parcels upon which the Civic Center Hotel (1601 Market), Local 38 Plumbers and Pipefitters Union Hall (1621 Market), and two-story Lesser Brothers Building (1629‐1637 Market) currently sit has just been released. 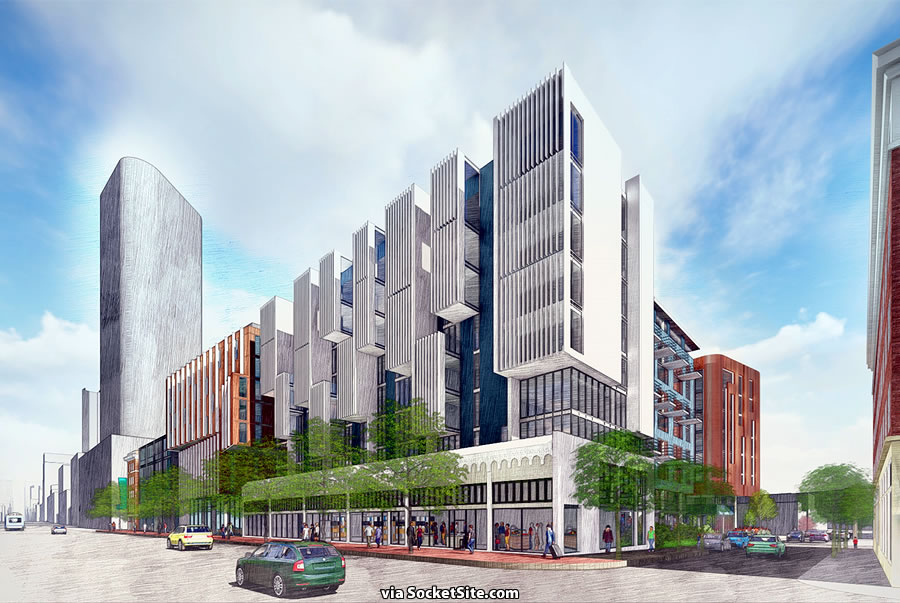 In addition to 584 units of housing (of which 107 would be below-market-rate, supportive efficiency units), the 1629 Market Street (a.k.a. Brady Block) project includes 13,000 square feet of new restaurant and retail space; a new 27,000 square foot hall and office space for the union; an underground garage for 316 cars; and over 23,000 square feet of privately-owned, publicly-accessible open space (POPOS), including an 18,000-square-foot “Brady Park” at the corner of Brady and Colton. 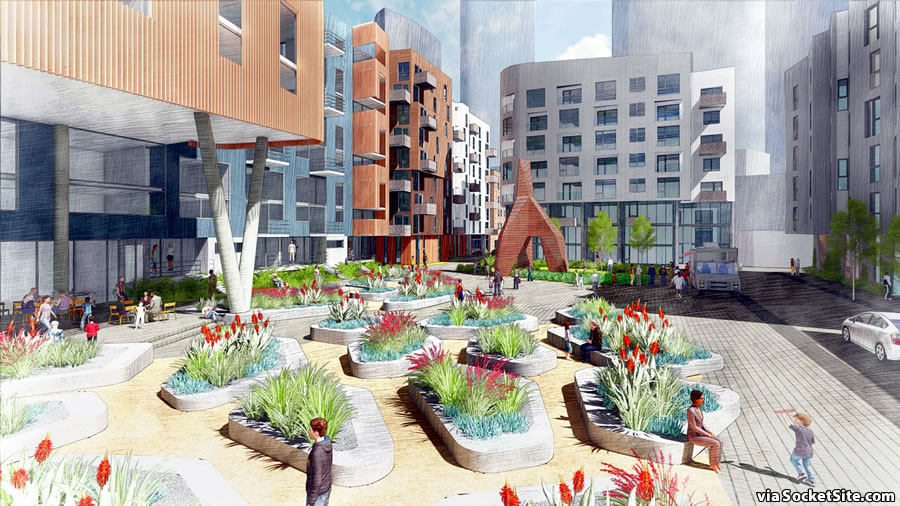 While the 422-page DEIR identifies a number of potentially significant impacts with respect to cultural resources, primarily the majority demolition of the Lesser Brothers Building (which is considered a historical resource) along with potential transportation and circulation impacts, it also identifies proposed mitigation measures to match (including an on-site interpretive display of the resources to be lost).

The public hearing to review the adequacy and accuracy of the DEIR has been scheduled for June 15, 2017, after which comments will be collected, responses will be written, and San Francisco’s Planning Commission will then decided whether or not to finalize the EIR and approve the development as proposed.

And if approved, the project would be constructed in two phases, with a total of five new structures rising behind the existing Civic Center Hotel structure and Lesser Brothers Building’s facade and the project team hoping to break ground for the first phase of the project in March of next year.