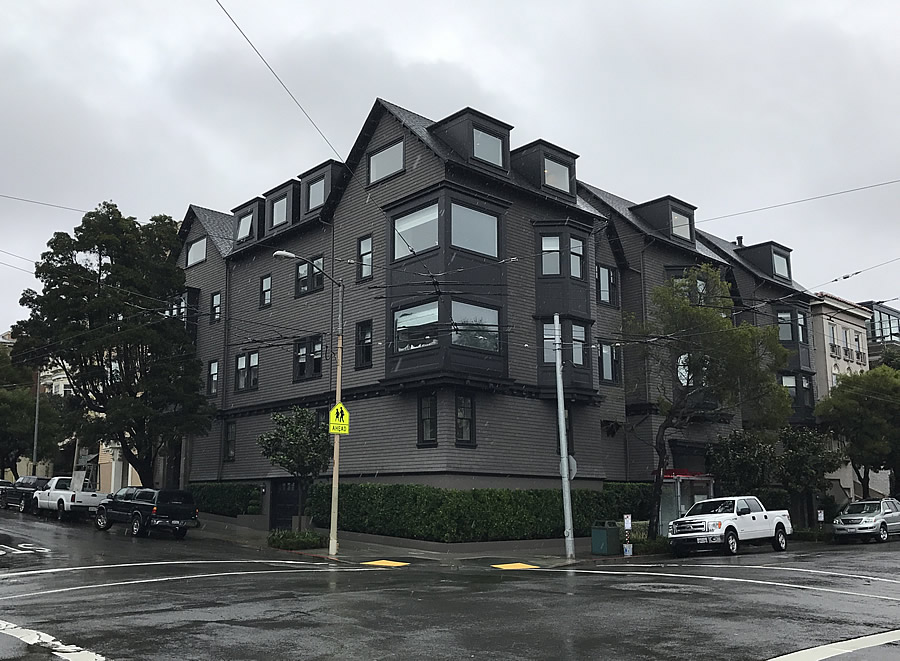 Purchased as a vacant 7-unit building for $4.95 million in 2009, the 14,000-square-foot structure at 104 Presidio Avenue, which sits on the border of Pacific and Presidio Heights, was effectively gutted, remodeled and a new seven car garage was added below.

The approved permits and plans for the multi-million dollar renovation did not allow for a merger of any of the units – at least not technically – but did note that layouts would be “altered” and floor plans “reconfigured.”

Keep in mind that the merger of a unit in San Francisco which is valued at under $1.63 million is subject to being denied. And as such, the building’s owner is now “undergoing unit appraisals to confirm that none of the existing units” are valued below said threshold.