2016 Ending with Bay Area House Values at a Record High 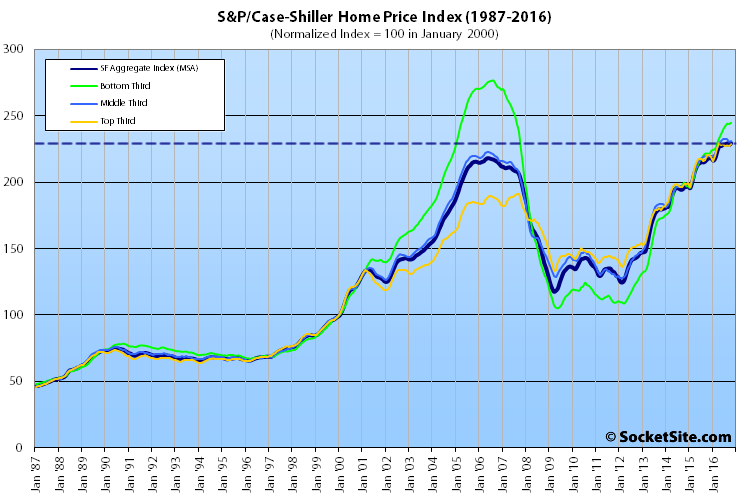 Having slipped in September, the Case-Shiller Index for single-family home values within the San Francisco Metropolitan Area – which includes the East Bay, North Bay and Peninsula – inched up 0.6 percent to a record high in October while the index for Bay Area condo values was unchanged.

On a year-over-year basis, the aggregate index for area single-family homes is running 5.4 percent higher, which is the smallest year-over-year gain since the third quarter of 2012 and has been trending down for a year.

The index for San Francisco area condo values was unchanged in October, having ended a three-month slide the month before, but remains 3.5 percent higher versus the same time last year and 21.0 percent higher than its previous cycle peak in October 2005, down from 22.3 percent higher in May. 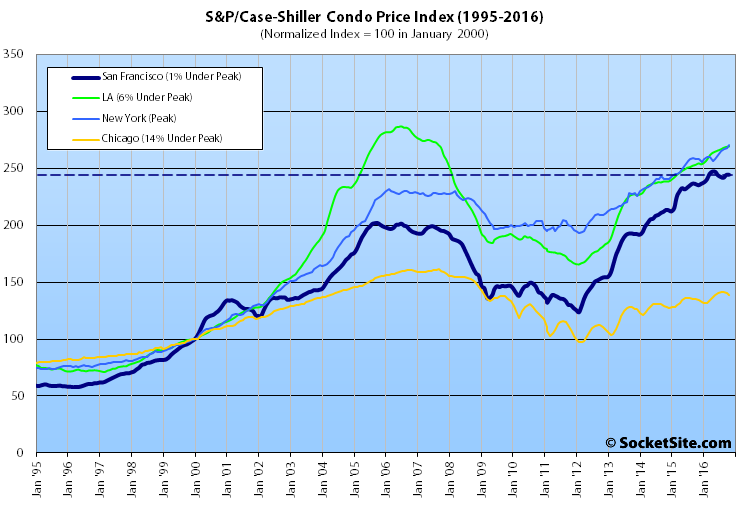 And for the eighth month in a row, Seattle, Portland and Denver have reported the highest year-over-year gains in the index for single-family homes, up 10.7 percent, 10.3 percent and 8.3 percent respectively.