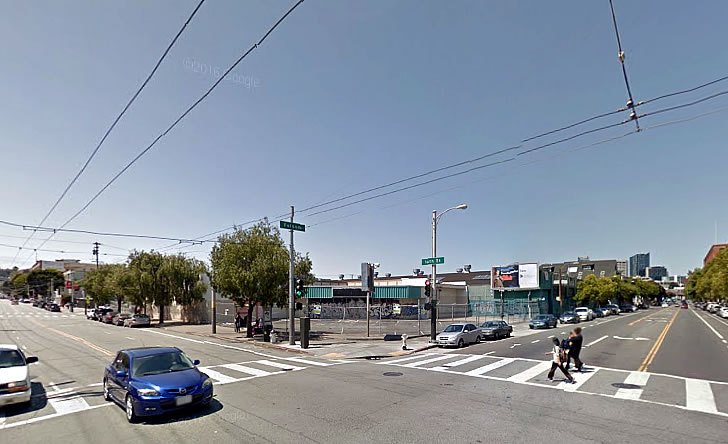 The preliminary plans for an eight-story building with 143 below market rate apartments over 12,000 square feet of PDR space dedicated to the arts and a 4,400 square foot childcare center to rise on the northwest corner of Folsom and 16th Street in the Mission have been massed by Leddy Maytum Stacy Architects and submitted to the City for review. 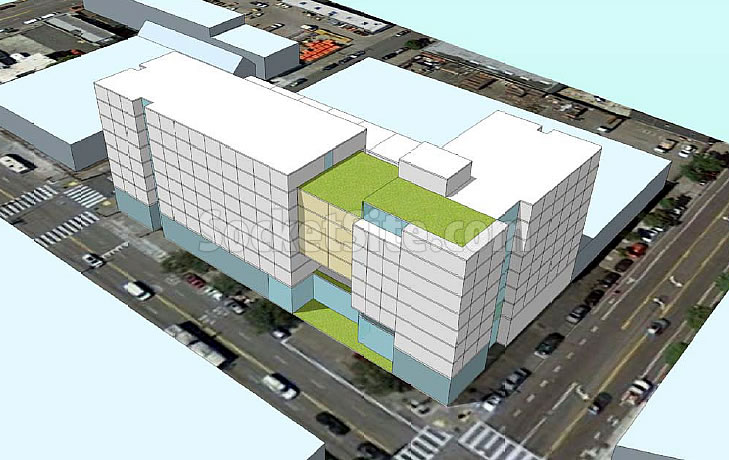 As proposed the Mission Economic Development Agency (MEDA) and Tenderloin Neighborhood Development Center (TNDC), and with financing secured by Proposition A, twenty-nine (29) of the 1990 Folsom Street project’s units are to be earmarked for formerly homeless families with the remainder to be made available to households earning between 50 to 60 percent of San Francisco’s Area Median Income (AMI).

And the development team is planning to partner with Art Space Development Corporation to operate the building’s PDR space at affordable rates, “to ensure that the space is accessible to working artists in perpetuity, while also extending the experience of the Latino Cultural District to the northeastern, industrial portion of the community.”

UPDATE: As noted by a reader below, the 1990 Folsom Street site is currently zoned for Production, Distribution & Repair (PDR) uses, which explicitly prohibits housing, and limits development up to 58-feet in height as well. As such, the parcel will need to be rezoned by the City in order for the 85-foot-tall project to proceed as proposed.