Plans to level the two-story parking garage at 830 Eddy Street (which currently provides leased parking for the adjacent six-story office building at 815/819 Van Ness Avenue Van Ness and serves as the drive thru entrance for the Burger King below) and develop a 13-story building across the Van Ness Corridor site could be approved by San Francisco’s Planning Commission on December 15.

As designed by BAR Architects for Build Inc, the proposed 120-foot-tall building would stretch from Eddy to Willow with 126 apartments over a garage for 105 cars, 40 of which will be dedicated for use by the tenants at 815/819 Van Ness Avenue which is also known as 203 Willow Street. 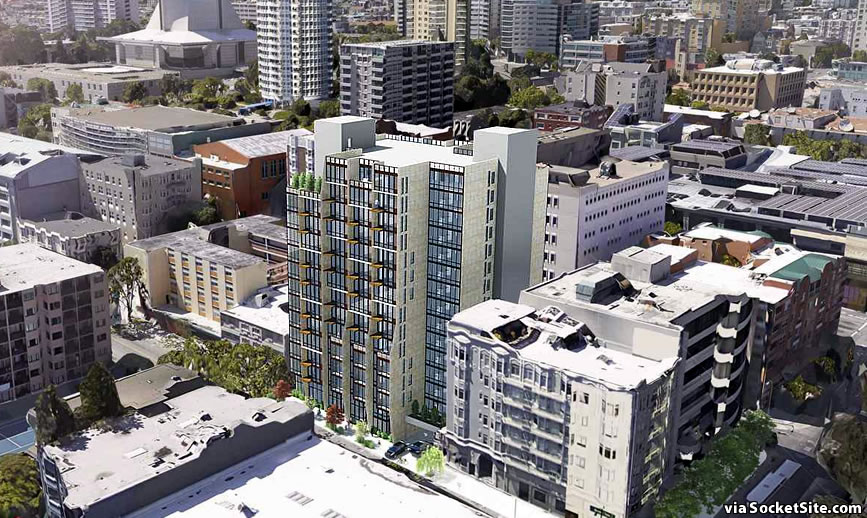 While the entrance for Burger King’s drive thru, for which they have an easement, would remain on Eddy, the entrance to the new building would be along Willow. 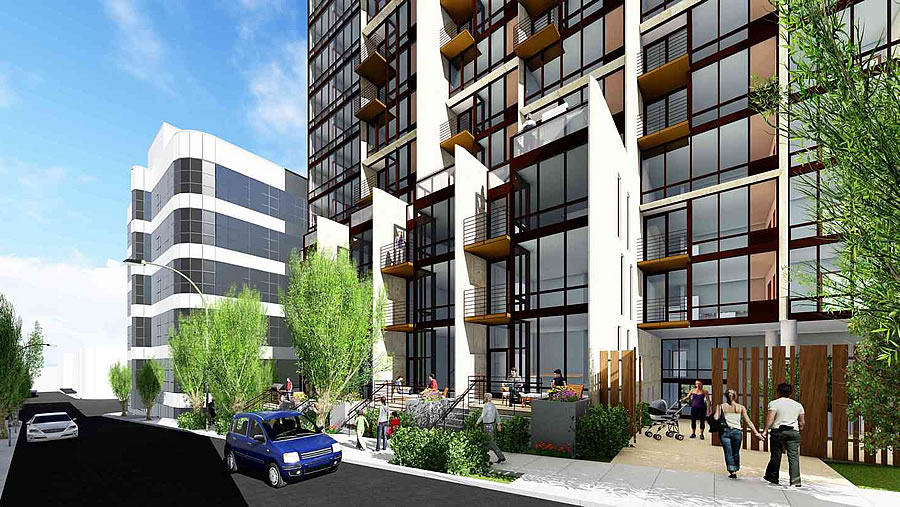 And if approved, Build Inc. is projecting that the development could be ready for occupancy by the third quarter of 2019.