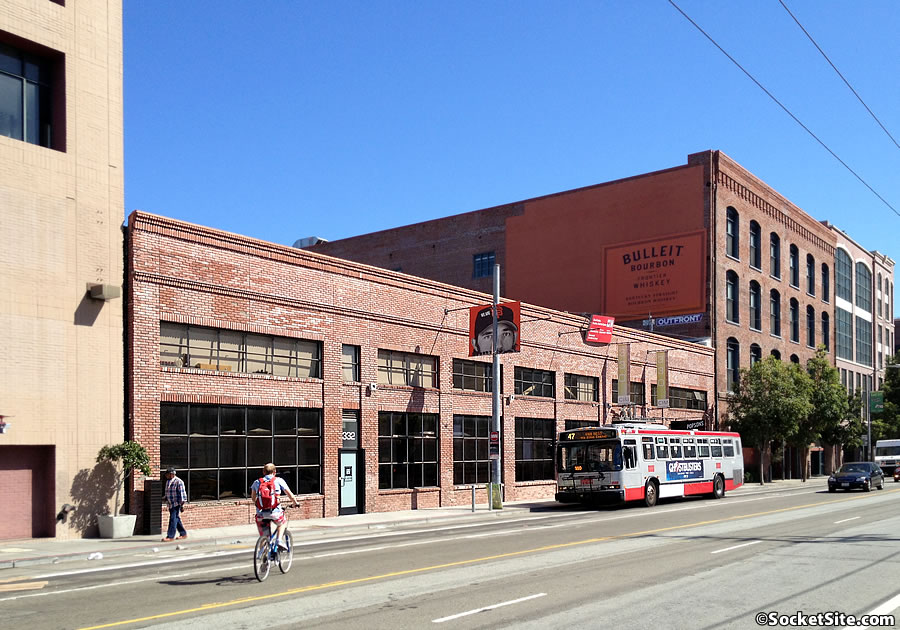 The project team behind a proposed 300-foot-tall tower to rise at 330 Townsend Street recently shifted gears and architects, abandoning their original plans for a modern office or mixed-use development in favor of a 31-story residential building designed by Solomon Cordwell Buenz (SCB), with 374 condos over 11,500 square feet of ground-floor restaurant space and an underground garage for 291 cars. 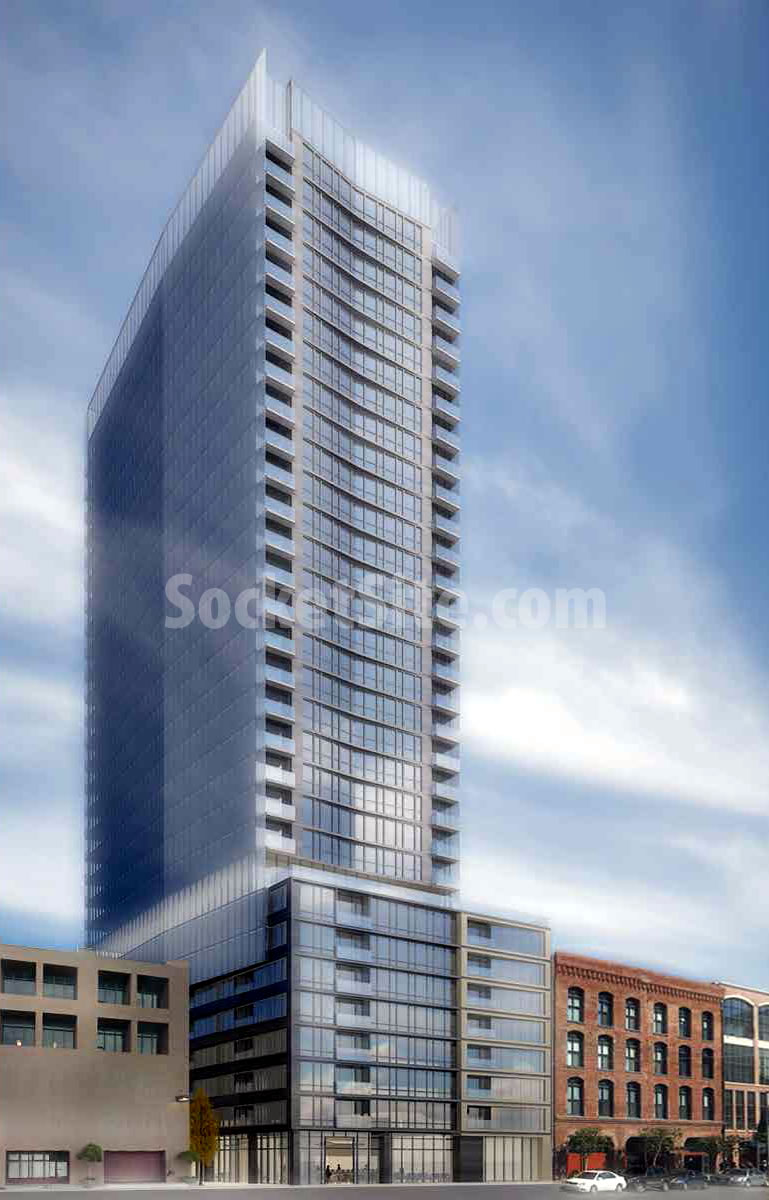 While the 330 Townsend Street site, which is across from the current Caltrain terminus in the city and a block away from a future Central Subway stop, is currently only zoned for development up to 85 feet in height, the city’s revised Central SoMa Plan included a coveted up-zoning of the site to 300 feet in height.

But there’s a big problem or two and in more ways than one.

The 330 Townsend Street site measures 30,721 square feet. And per the aforementioned Central SoMa Plan: “Parcels larger than 30,000 square feet south of Harrison Street require that two-thirds of new development below 160 feet in height be nonresidential.” As such, the residential tower as proposed would not be allowed.  But there is a solution.

From Planning’s preliminary review of the plans which was just sent to the CIM Group:

“If the project sponsor were to reduce the project site area below 30,000 [square feet], then the proposed residential development would be allowable. Such a lot area reduction could be accomplished by splitting the one existing parcel into two parcels. In this scenario, the newly created adjacent parcel could not be developed as part of the proposed project, including being situated above the proposed project’s below-grade parking.”

“In order for this new parcel to be used as open space and satisfy the Planning Code’s exposure requirements for the proposed residential units, the new parcel would either need to become a public right-of-way or dedicated to the City in perpetuity as an easement. The adjacent new parcel would also not count towards the proposed project’s rear yard requirement. Additionally, the bulk controls within the Central SoMa Plan would require that the building massing be set back 15’ from any property line beginning at a height of 85’.”

And while the project’s proposed mid-block paseo was intended as a means by which to reduce the lot size below the 30,000-square-foot threshold, the building’s proposed garage extends below the width and length of the paseo and the tower above isn’t set back above 85 feet.

The project team could, of course, revert to an all-office tower proposal or a mixed-use project that meets the two-thirds requirement above.

That being said, the Planning Department also notes, it “would like to see a more innovative and expressive design for the project overall that reflects the prominence that this building will have in the neighborhood and on the skyline.” For as the Central SoMa Plan is anticipated to lead to the development of a number of distinctive high-rises, “this project should be a key contributor to the neighborhood’s identity.” And in the words of Planning to the project team, “the design as proposed does not do this.”