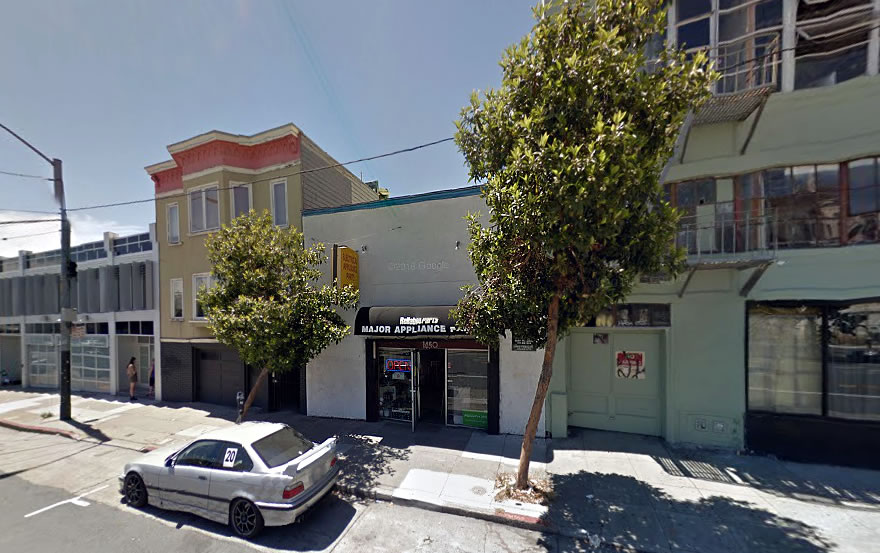 In the works since 2006, plans to raze the single-story appliance parts store at 1450 Howard Street, across the street from the Saint Joseph’s Church which is undergoing a high-tech conversion, are under review by the city.

And as proposed, a six-story building with 16 residential units over 1,300 square feet of retail space and parking for 16 bikes will rise up to 55 feet in height across the Western SoMa site. 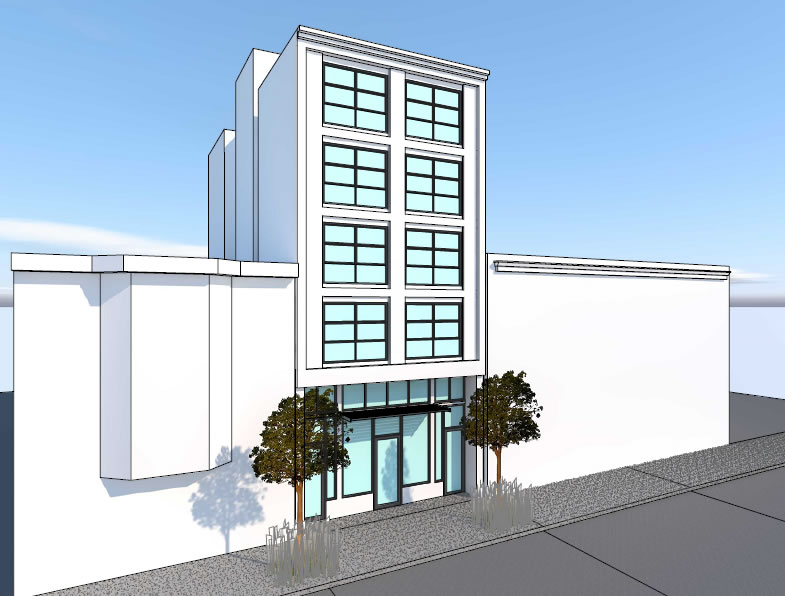 In order to take advantage of less restrictive Planning Code rules with respect to the required dwelling unit mix, rear yard and mandated open space for a new development, the development team is positioning the project as an “SRO” (single-room occupancy) building.

But as designed, four (4) of the sixteen (16) units are larger than 350 square feet in size, which is the maximum allowed per the Planning Code for an SRO unit. And as such, the plans for the 1450 Howard Street project will need to be tweaked or a host of variances will need to be secured in order for the project to proceed.