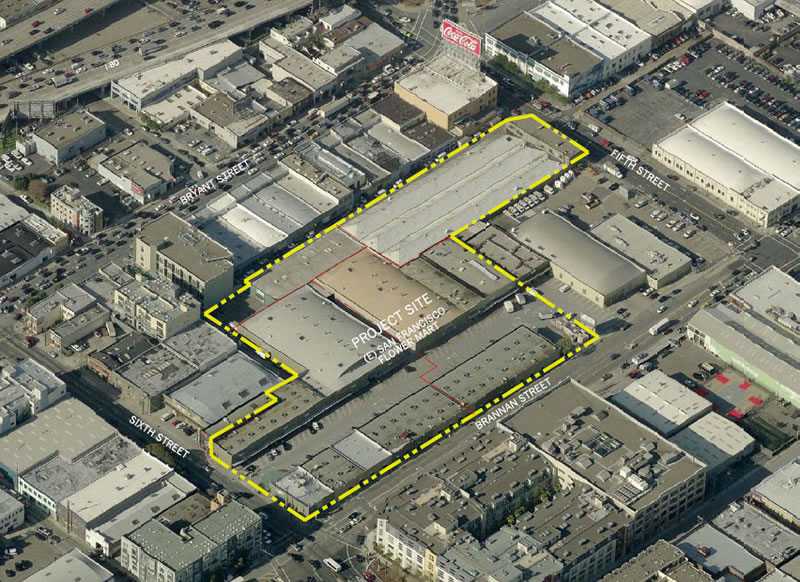 Planning has just finished its preliminary review of the draft plans for the massive redevelopment of the San Francisco Flower Mart site, a project which could yield over two million square feet of office space; 89,000 square feet of retail/restaurant space; a new 125,000 square foot Flower Mart on the ground floor of the development; and an underground garage for nearly 600 cars. 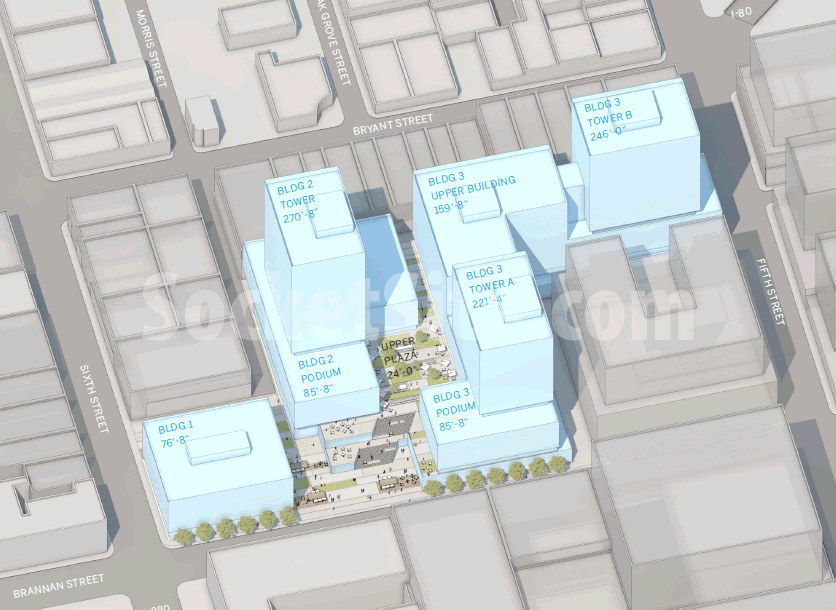 And while Planning’s revised Central SoMa plan does include a proposed rezoning of the site to allow for the development to rise up to 270 feet in height, Planning isn’t a fan of the proposed “Corporate Campus” feel as drafted. From a letter to the development team yesterday:

While the Planning Department generally supports the overall approach to the site design and massing, we request that the project sponsor and design team consider reshaping some of the massing to avoid the complex reading like a corporate campus.

While parts of the buildings ought to have a clear “Flower Mart” identity, it should be assumed that the site could and will be home to multiple tenants so there is no architectural basis for perfect coordination. Moreover, while this will be the largest single development site in Central SoMa, it needs to read like a series of smaller sites that are an organic part of the neighborhood and reflect its finer-grained fabric. To fulfill this, consider:

• Varying the level at which the podium tops off and the upper portion (be it mid-rise or tower) begins. This variation can occur at anywhere between 65 and 85 feet in height.

• Bridges between buildings should not read prominently. This is particularly the case with the building proposed to span the new Freelon Alley, whose mass is also substantially detrimental to the experience on the alley. SoMa has a tradition of building to building bridges and several are proposed in projects currently: they are minimal in dimension and legible as such.

• Lowering the heights of the mid-rise buildings to 130 feet (this has potentially the advantage of eliminating a couple of cores).

• Shaping the mid-rise buildings to create more of a sense of openness along the new mid-block passageway (i.e., the extension of Freelon Street). While the requirements of “skyplane” are not specifically required in this new passageway, the intent is to create a sense of openness akin to other SoMa alleys. While this shaping should begin at 65′-85′, the 15′ setback at 85′ would not be required along these edges.

In addition, Planning “requests that parking be minimized to the extent possible as the current proposal seems higher than necessary for the uses proposed.”