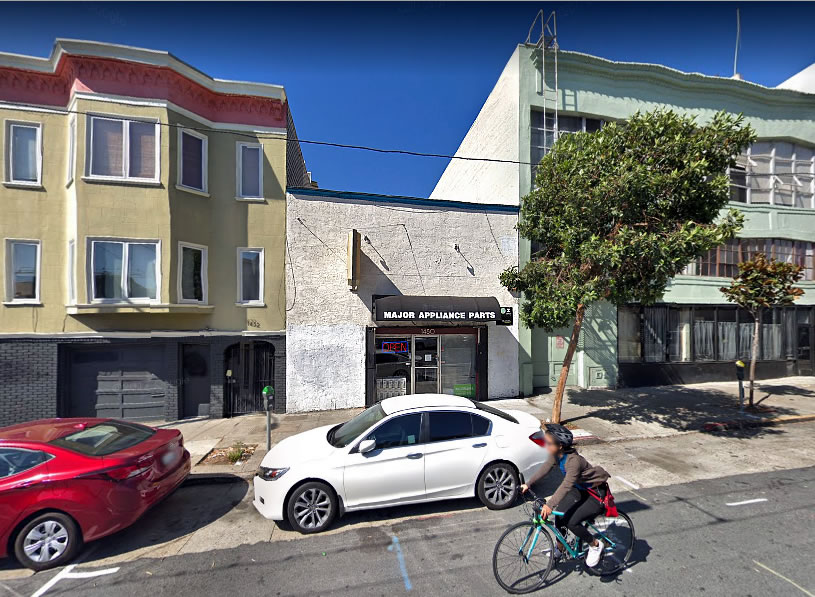 In order to take advantage of less restrictive Planning Code rules with respect to the required dwelling unit mix, rear yard and mandated open space for a new development in San Francisco, the project team behind the proposed six-story building to rise upon the Reliable Parts store parcel at 1450 Howard Street is positioning the project as an “SRO” (single-room occupancy) building. 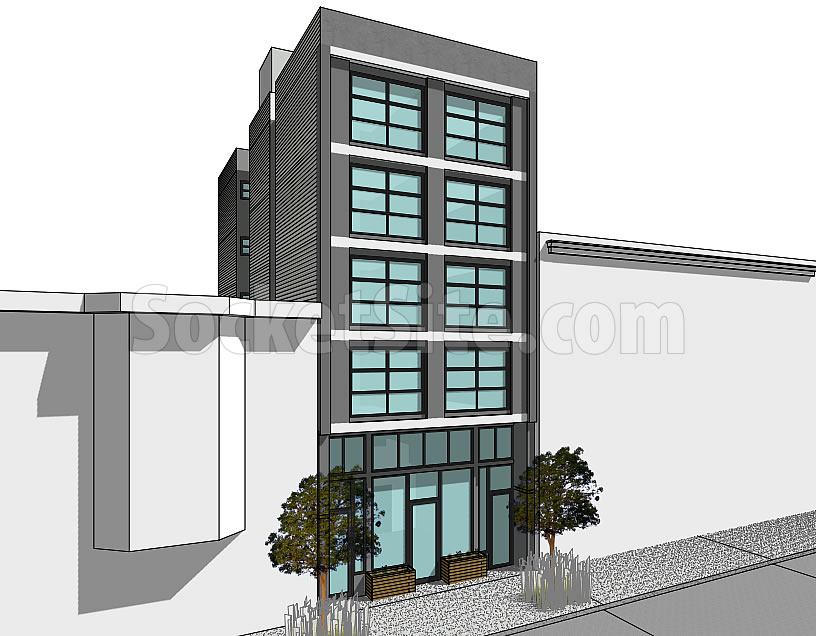 But as we first reported when the preliminary plans for the building were drawn, four of the proposed sixteen units were larger than 350 square feet in size, the threshold above which units are too large to qualify as an SRO versus studio unit.

As such, the plans for the 1450 Howard Street project have now been reworked to include twelve residential units measuring between 333 and 350 feet in size across the building’s third, fourth, fifth and sixth floors and a combined 1,330 square feet of commercial space across the building’s first and second floors, the façade of which reads as a single floor, fronting Howard.

And while positioned as SROs, each of the proposed units includes a small kitchen and private bath with the only shared facilities being the roof deck, rear yard and parking for twelve bikes.