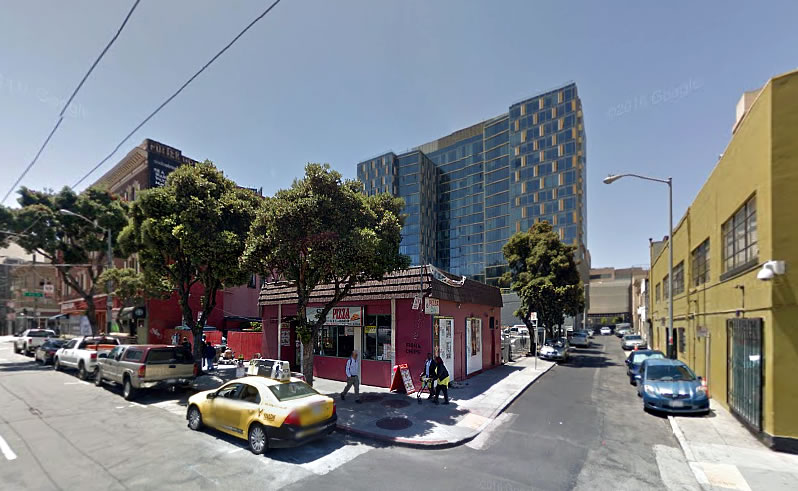 Speaking of significant projects in San Francisco with forward momentum, the City has just issued a Preliminary Mitigated Negative Declaration (which is a good thing if you’re the developer) for the proposed 13-story apartment building to rise on the 1270 Mission Street parcel, a parcel which is currently occupied by the 1,200 square foot SF Pizza Café and a surface parking lot at the corner of Laskie, between 8th and 9th Streets.

Zoned for development up to 120 feet in height, the 120-foot-tall project as principally proposed includes 195 apartments over 2,000 square feet of ground floor retail space and a garage for 76 cars and 200 bikes. 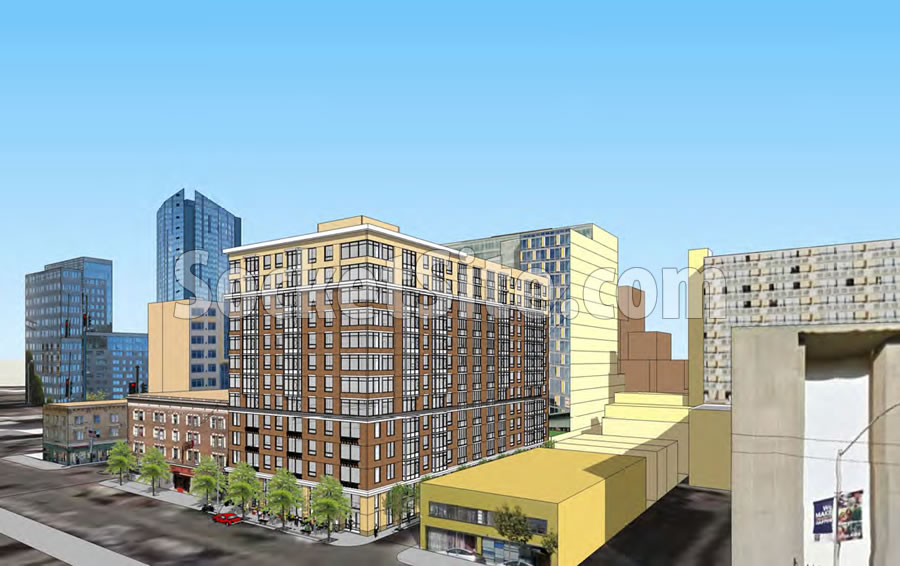 At the same time, the development team is actively seeking a special amendment to allow building up to 200 feet in height on the site, which would yield an additional 104 apartments, as rendered by Architecture International for AGI Avant. 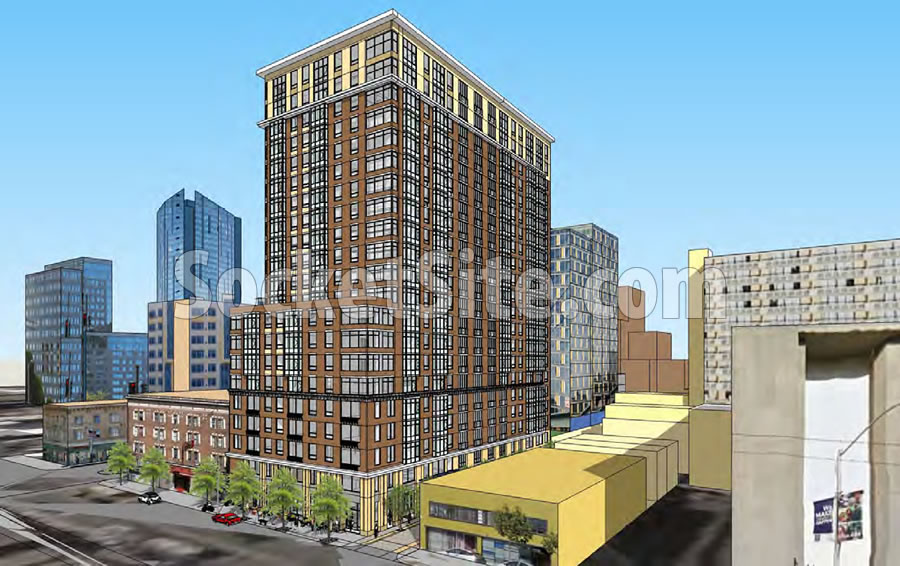 In exchange for the additional height and density, the team is offering to provide 20 percent of the 299 units at affordable below market rates, which is significantly higher percentage than the 13.5 percent as was required at the time the initial application for the project was filed with the City back in 2014.

Since that time, however, San Francisco voters approved Proposition C, which increased the affordable housing requirements for new developments to 25 percent. And while the baseline affordable percentage for the project as proposed is effectively grandfathered at the lower percentage, it’s safe to assume there’s likely to be some pushback with respect to granting additional height in exchange for an increase in the affordable housing percentage which is below the new threshold of Proposition C.

Real Food Company Site on the Market and Condos Could Rise