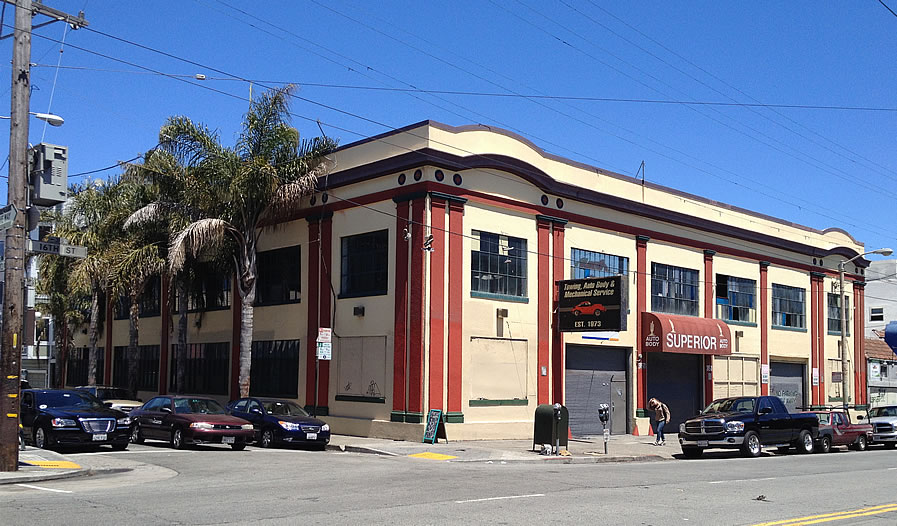 Plans to level the two-story Superior Automotive shop building on the northeast corner of 16th and Albion, a Mission District building for which Mx3 Ventures paid a record setting $8.7 million in 2013, have been abandoned.

And instead of developing a new five-story building, with 28 condos over 7,300 square feet of ground floor retail space, on the 3140 16th Street site, the owners are now moving forward with plans to simply rehabilitate and reuse the historic building: converting the first floor into two retail spaces, four parking spaces and small residential lobby along Albion, with four two-bedroom apartments on the floor above.

The new plans include the removal of the building’s three garage doors and curb cuts along 16th Street, with a new garage door cut into the Albion Street façade.

Hints that the grand plan for completely redeveloping the site were in flux subtly emerged last year, as we first reported at the time.  Don’t be surprised if those pans are dusted off in five to seven years time.