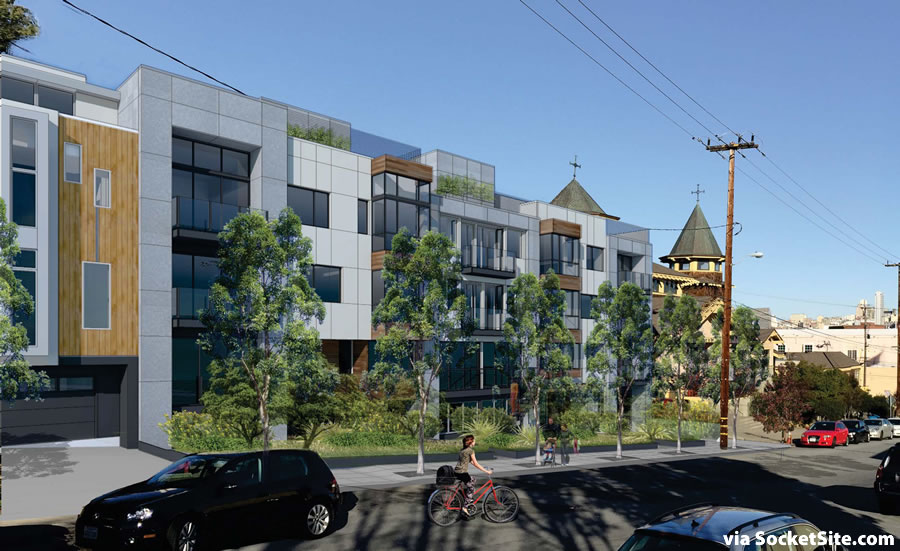 Speaking of churches, condos and seeing the light, the proposed development to rise up to 40-feet in height at 540 De Haro Street, across the street from the Anchor Steam Brewery and adjacent to the Saint Gregory of Nyssa Episcopal Church, has been slightly redesigned and will try again to be approved next week.

Originally slated for approval earlier this year, San Francisco’s Planning Commission responded to concerns raised by the adjacent congregation with respect to a loss of direct light from the south which illuminates the church’s central rotunda and sent the project sponsors back to the drawing board.

In response, a 10-foot setback has been carved out of the project by Sternberg Benjamin Architects for the length of the property line adjacent to the church at its 4th and 5th floors: 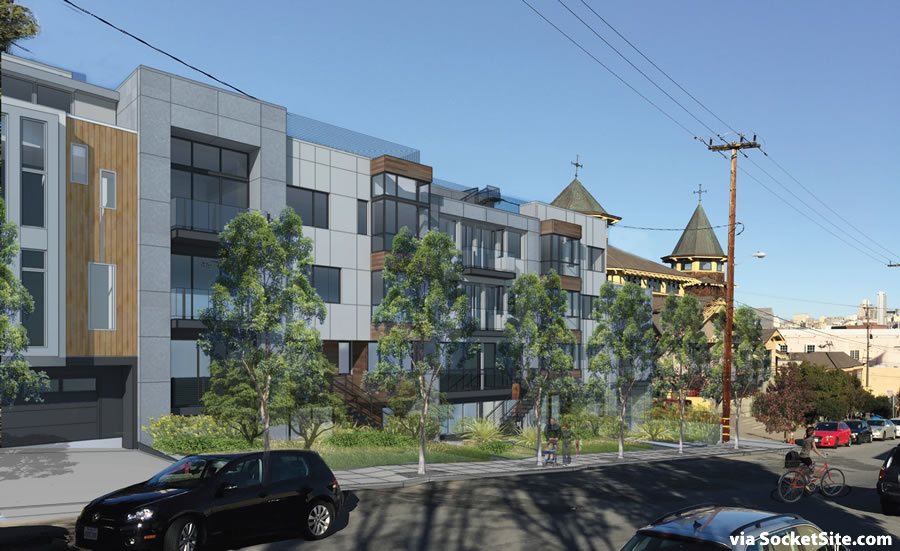 But in order to accommodate the setback, the unit count has been reduced by one to 16 (all of which will be market rate).

And with respect to the Moto Shop/Guild which had occupied the 540-552 De Haro Street building to be razed on the site, they’ve moved to Treasure Island. 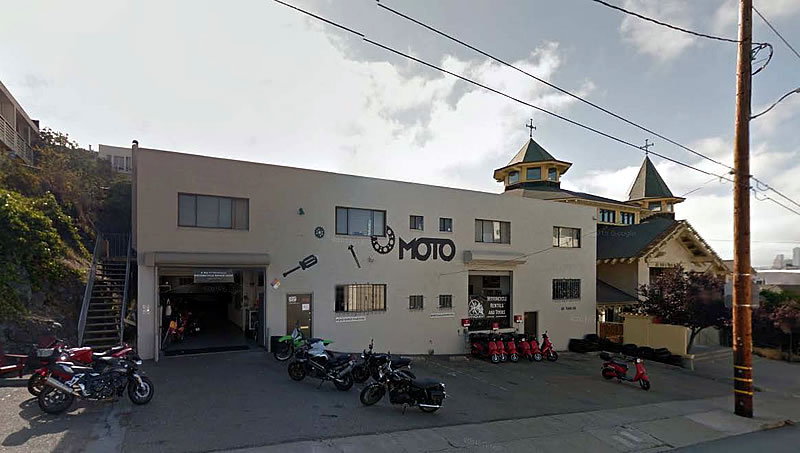