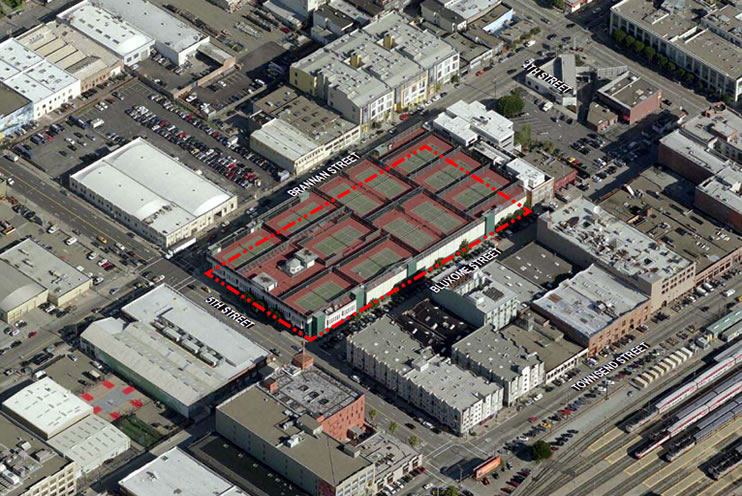 Entitled the “Don’t Demolish Recreation in San Francisco Initiative,” the paperwork for a ballot measure which would require special approval for any demolition, change in use, or other removal of a public or privately owned Recreational Facility measuring 10,000 square feet or more in order to redevelop the site for office, mixed use or condominium uses, has been filed with San Francisco’s Department of Elections.

While the appeal for the measure, which highlights that “sports and recreation face increasing economic pressure to be replaced by real estate development” and “recreational opportunities are already shrinking in San Francisco,” doesn’t specifically mention the proposed redevelopment of the San Francisco Tennis Club site in Central SoMa, the proponent of record for the initiative, Tricia Weaver, appears to be a member of both the Club and United States Tennis Association (USTA).

An opposition group formed by club members dubbed San Franciscans for Sports and Recreation is leading the charge this time around.

Academy of Art Could Lose a Quarter of Its Student Housing