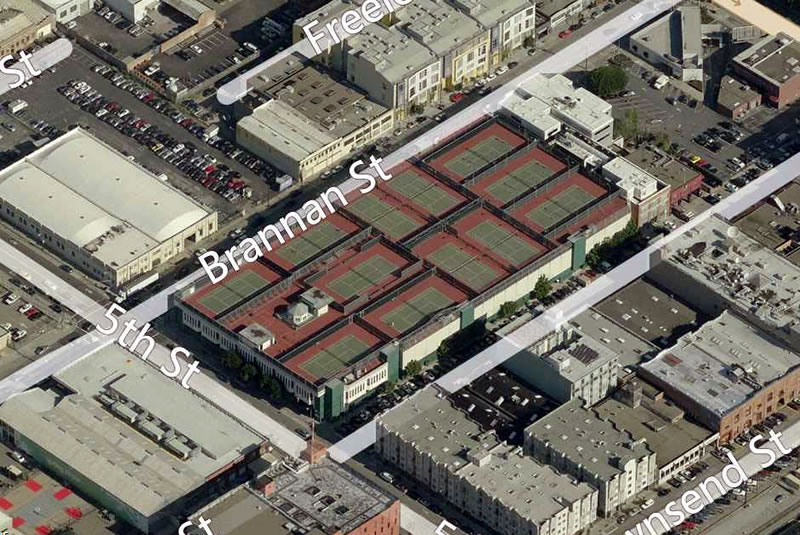 As we first wrote and ruffled some feathers with respect to the half-block San Francisco Tennis Club at 645 Fifth and Brannan when the (Bay) Club was sold to York Capital Management and San Francisco-based JMA Ventures last year:

And according to the Business Times, Alexandria Real Estate Equities, which focuses on the development and management of “collaborative science campuses in urban innovation clusters” and now tech space, not tennis clubs, is now in contract to buy the Tennis Club site.

Ten years ago, Pulte Homes placed the half-block sized San Francisco Tennis Club at Fifth and Townsend under contract with plans to bulldoze the club and build over 500 condos on the Central SoMa parcel which is currently only zoned for development up to 65-feet, or roughly six stories, in height.

Pulte’s plans were withdrawn in 2008 with the economy turning and club members having organized to Save [Their] San Francisco Tennis Club. Expect another fight but a different outcome unless the economy turns again or a ballot measure to save the club succeeds.