Academy of Art Could Lose a Quarter of Its Student Housing 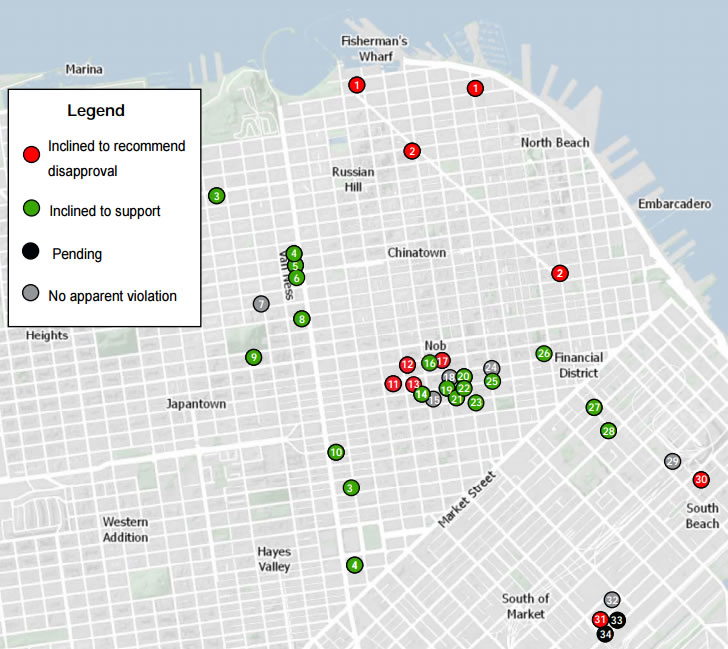 While now battling a civil suit filed by the City with respect to its illegal conversion and unpermitted use of the vast majority of the 40 properties it owns in San Francisco, the Academy of Art University is about to learn that it could lose over a quarter of its student housing.

San Francisco’s Planning Department has just completed a review of each of the University’s illegally converted properties and their impacts on the City’s stated policy goals, “such as the desire to increase housing supply and reduce the loss of industrial space.”

And based on the aforementioned review, which will be presented to San Francisco’s Planning Commission next week, Planning’s inclination and preliminary recommendation is to disallow the legalization of four of the University’s seven housing sites which require Planning Code amendments to allow for their continued use as dorms: 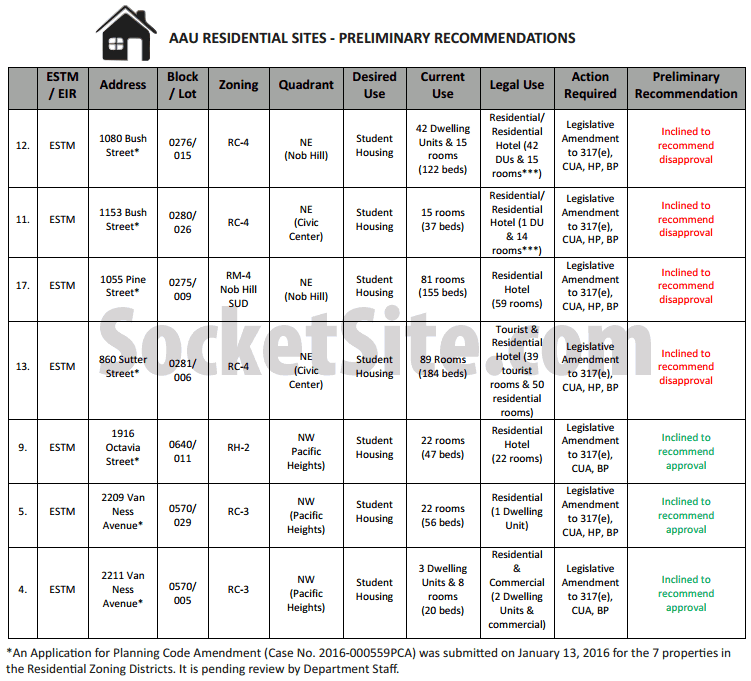 Planning is, however, “inclined to recommend approval” for the legalization of the University’s student housing at 1916 Octavia, 2209 Van Ness and 2211 Van Ness (which together total 123 beds), as well as permitting the University’s use of the former hotel and motel buildings at 1727 Lombard, 817-831 Sutter, and 620 Sutter, which currently provide another 432 beds:

The necessary permits for the University’s apartment buildings at 655 and 680-688 Sutter Street, which provide 233 beds of housing, are preliminary recommended for approval as well.

The remainder of the University’s residential buildings at 1900 Jackson, 736 Jones, 560 Powell, 575 Harrison and 168 Bluxome, which provide 499 beds of student housing, are operating with permits and within the law.

Only in San Francisco!